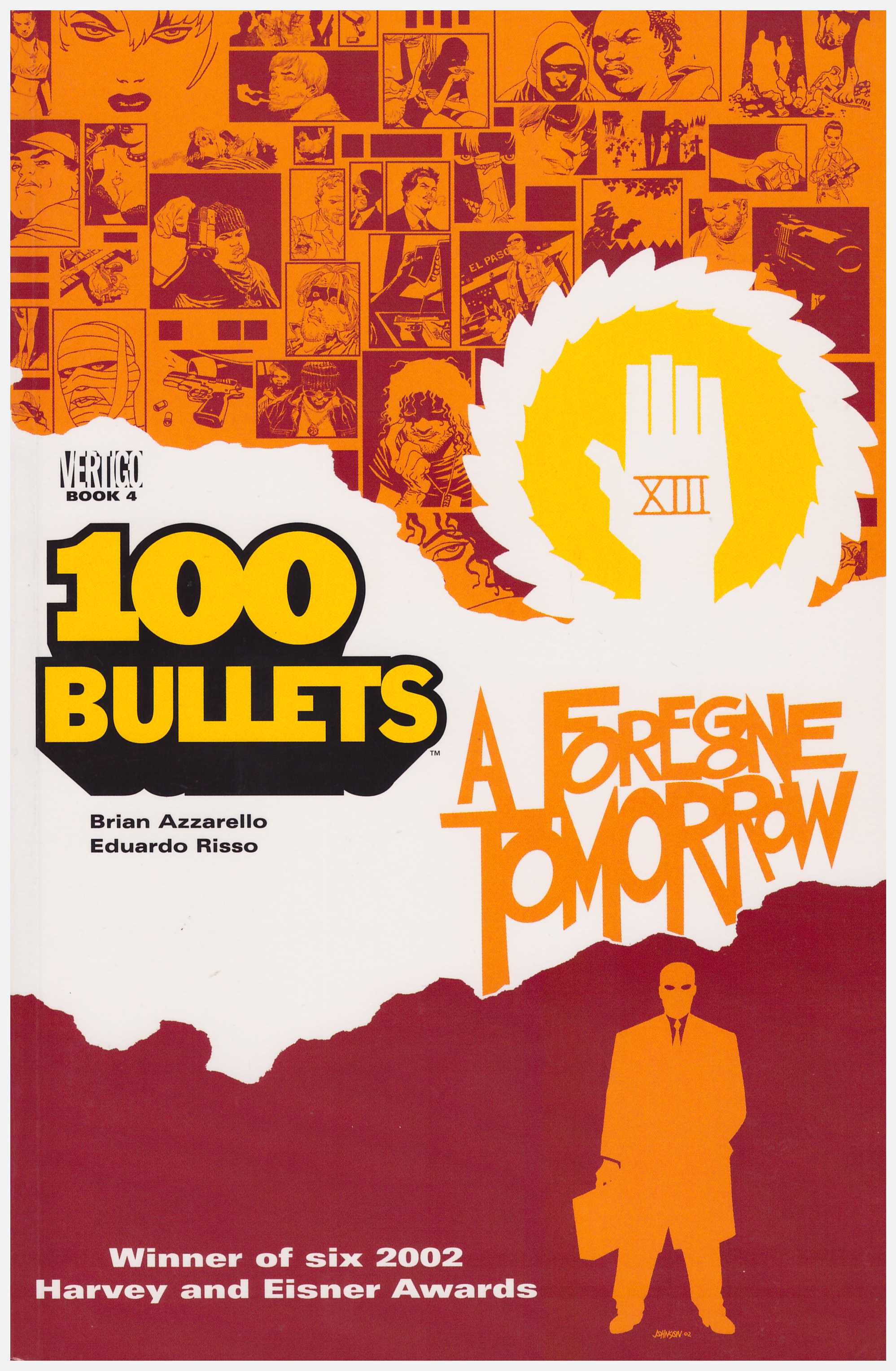 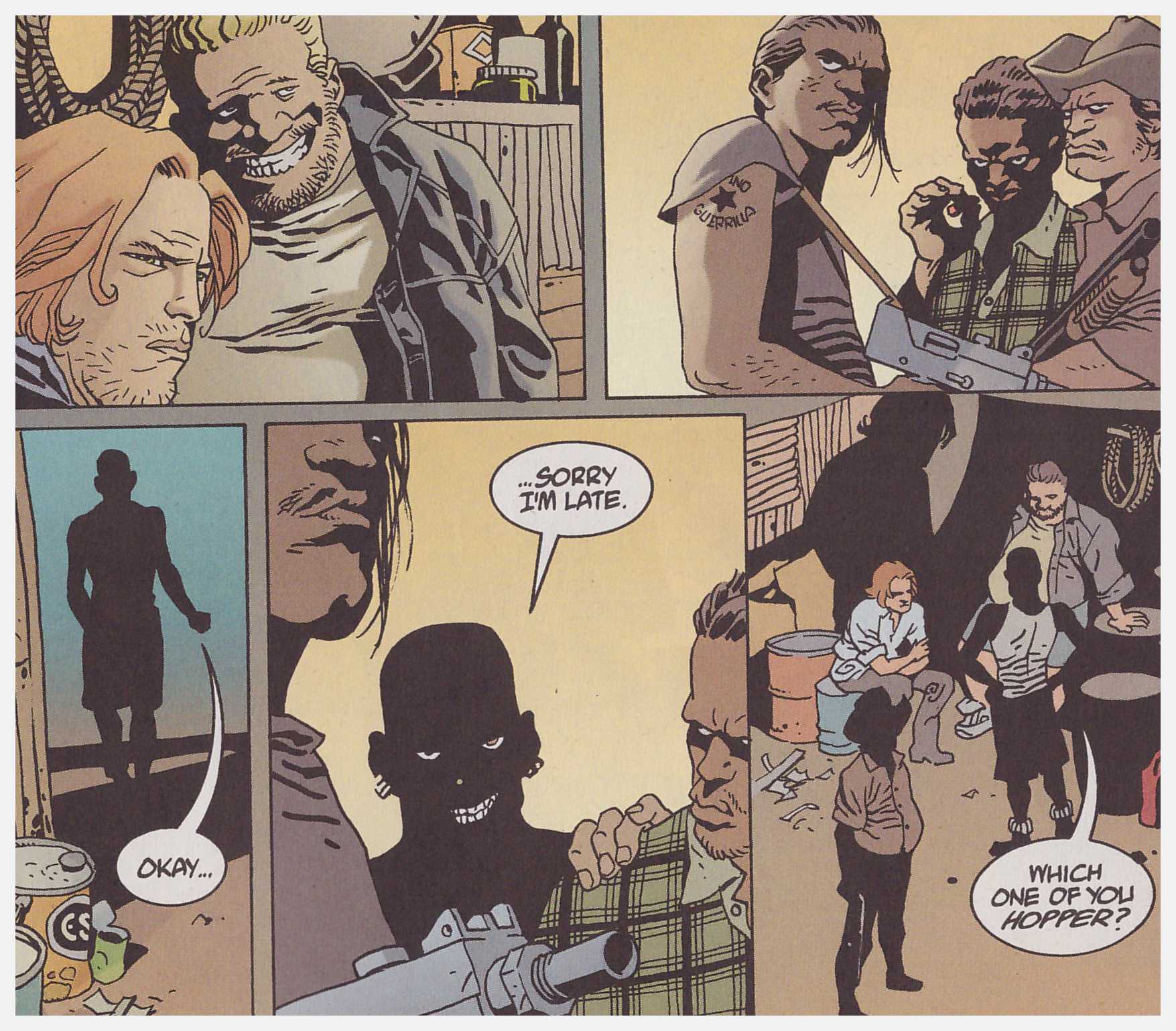 For much of the series to date Brian Azzarello has inserted hints about the bigger picture, a couple of characters discussing matters, a few dropped terms, some reference to the past, but it’s not added up to anything. A Foregone Tomorrow spills everything as the Trust meet in Atlantic City to discuss the future. We’ve seen some of them before, and others we’ll not be seeing again, but in the course of their discussions and a particularly cruel plot, pretty well everything is spelled out. One thing becomes very clear. No-one likes the idea of Graves hanging around, or having to deal with him.

Before that Azzarello takes a change of tack. In the past we’ve seen Graves hand a case over to someone and explain the contents, but when we meet the dissolute Jack he already has the case. It’s the first story not to hit the 100% mark. There’s little sympathy generated by Jack, who at one point seems to have had it all, and a scene with a former girlfriend falls rather flat as does a meeting with his mother. Had it been the series opener, it would have seemed brilliant, but we’ve been served better from the start and a shock ending doesn’t compensate. What does, though, is the usual superb art from Eduardo Risso and that this tale is surrounded by top notch material.

We have a dip into the past skirting with all sorts of opprobium as it concerns a great baseball player whose film star wife has just died when he’s approached by Graves. This was back in the day, and they have another meeting in the present as Graves drops off another case in a hospital to someone who’ll be playing their part in the next volume, The Counterfifth Detective. Whether down to Azzarello or Risso, the background material is very funny.

Elements of a trip down to Mexico are also very funny, set up in the fashion of a slapstick buddy movie, but the progression is into deadly territory. It’s the standout story here, revisiting several previously seen folk, and one new character of seeming importance.

Risso is again outstanding. Within this book he supplies just under thirty major characters (defined as having more than a couple of lines of dialogue and appearing on more than one page) and you could stand them adjacently along a wall and have no trouble distinguishing each of them. How many comic artists meet that target? His work on the title for the material here won him a second consecutive Harvey Award as Best Artist or Penciller.

As one of the issues reprinted here was originally the 25th of the series, a number of guest artists supply pin-up pages. Despite the quality behind the names involved, they’re a surprisingly mundane bunch of illustrations. The honourable exceptions are the work of Jordi Bernet, Mark Chiarello, Dave Gibbons and Jim Lee.

This is collected along with the next volume as 100 Bullets Deluxe Edition volume two in an oversized hardback format.