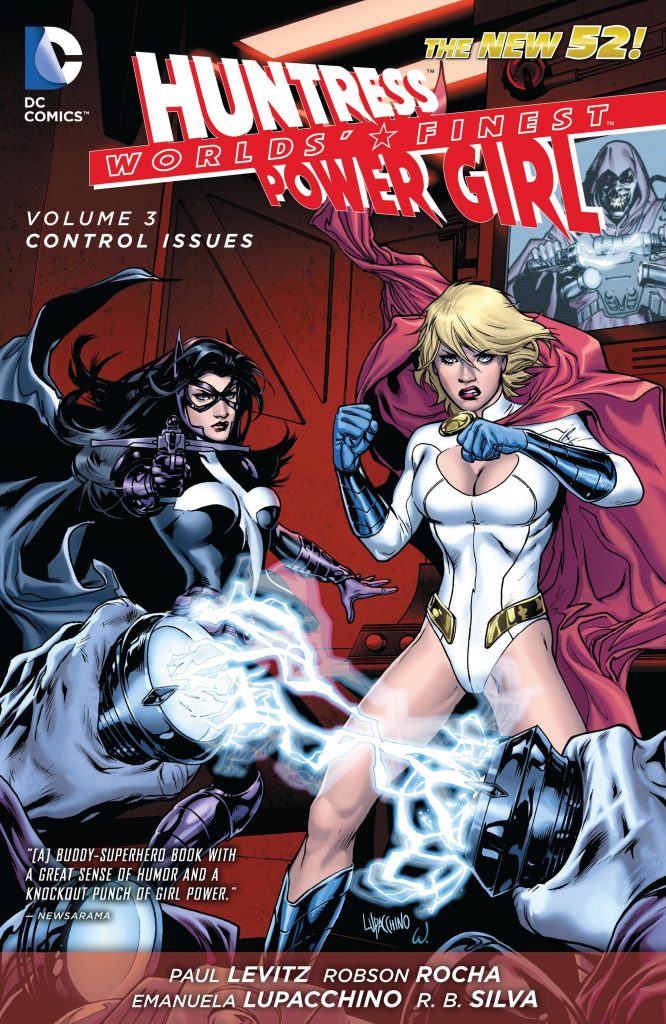 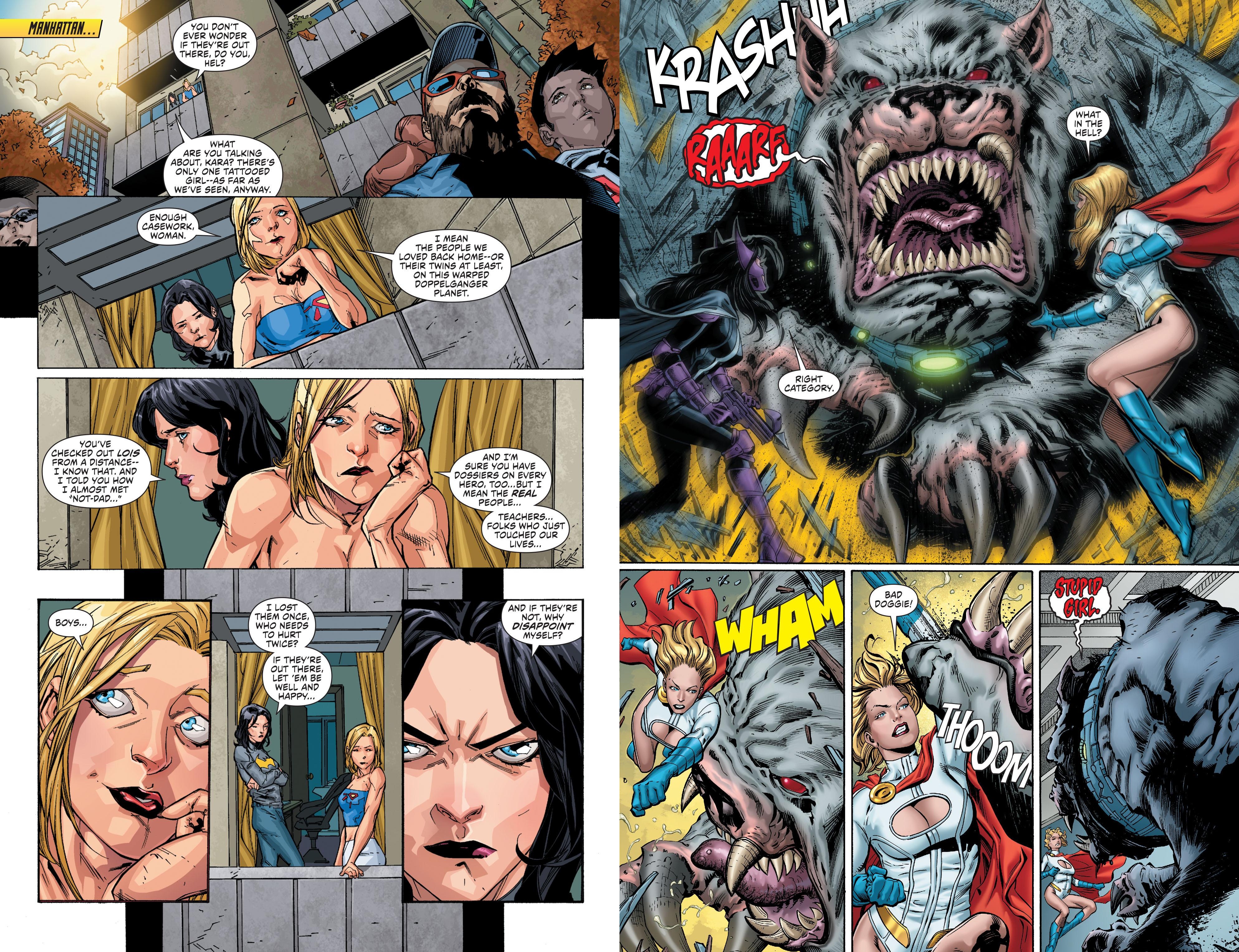 Refugees from another Earth, Huntress and Power Girl’s ultimate aim is to return there. However, it was an Earth under siege from the forces of Apokalips, and those forces are now also targeting the pair in their current home. Hunt and be Hunted disclosed that where there was doubt, it’s definitely personal, and Desaad has agents in influential places, allowing, for instance, Power Girl’s company to fall victim to a hostile takeover.

While Paul Levitz’s plot has holes to begin with, the longer the story continues, the more weaknesses emerge. Having been drawn into the open, Desaad embarks on a mission to destroy every place connected with Huntress and Power Girl. He does this very publicly, military grade weapons used in major cities, and that’s when he’s not sending terrifying genetically enhanced creatures. Wouldn’t this attract the attention of other DC superheroes?

A second volume of artistic inconsistency is starting to hurt the series. Since the middle of the previous book, roughly every second chapter there’s a new artist, and here it’s only the elegance of Emanuela Lupacchino that matches the previous quality. Sadly, she’s only around for a single episode. Robson Rocha is a fair step down, an artist who twists bodies into impossible positions, has his characters constantly grimacing and is more inclined to pose Power Girl in an exploitative manner. It’s all the more ironic for a later character vehement about body exploitation. The combination of R. B. Silva pencilling from Scott McDaniel’s layouts works well enough, and is certainly an improvement on Rocha, but it’s standard superhero art when this series had been used to far better. Sadly, the problem of rotating artists isn’t solved in the following First Contact.

There’s no compensation from the plots either. They’re also standard superhero material, prolonged artificially, not very interesting and lacking coherent explanation. Even accepting that Huntress and Power Girl’s mission to return home is so much smoke, too much is random. By the end of the graphic novel the major problem is that Power Girl’s Superman-like abilities are fluctuating, endangering her and all around her, a device used more as a convenience than anything else. It’s actually set-up, just not very credible, and it pays off when Batman and Superman appear next time.