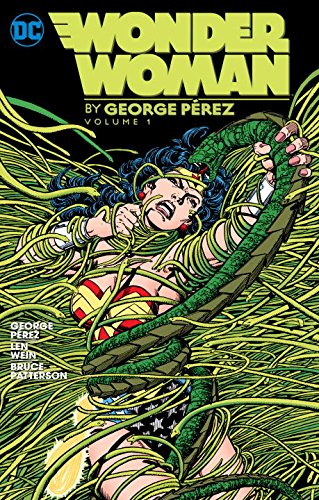 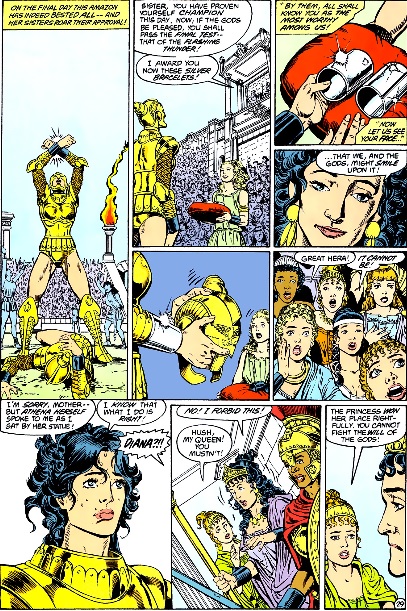 This paperback combines into a single volume the entire excellent first year (1987-1988) of George Pérez’s run on Wonder Woman.

It probably came as a surprise to a lot of people when Pérez decided that his next project after Crisis on Infinite Earths would be the rebooting of Wonder Woman. After all, he was most famous before this for drawing team titles. However, if one thing  is evident from the work collected here, it is how much he loved Wonder Woman, and how much he enjoyed filling out her mythological background. Indeed, so invested is Pérez in the back story and Queen Hippolyta that it is only towards the end of a double-sized opening chapter that Diana appears at all.

Pérez pretty much turned Wonder Woman into the equivalent of Walt Simonson’s Thor, whilst respecting the very significant differences between Greek and Norse mythology. Thus Wonder Woman comes across as very much its own series, rather than an imitation of something else.

Pérez’s enjoyment is most obvious in his pencils, which are incredibly detailed and rank among his best work up to this date (see sample image), but it’s also evident in his plots, which are pretty much all Pérez. Greg Potter worked with him to begin with, but once their different visions for the Amazon became clear, Potter departed, and Len Wein’s role is solely to provide dialogue for what Pérez has already drawn.

Early 1980s Wonder Woman stories were dull, but Pérez gives the reader a genuinely new approach, in which Diana is an ambassador rather than a crime-fighter, interesting characters to engage with and stories that conclude in a satisfying fashion. He updates Steve Trevor and Etta Candy sympathetically, to make them work for the 1980s, but it’s obvious he is much more interested in his new supporting cast of historian/archaeologist Julia Kapatelis and her daughter Vanessa, and publicist Myndi Mayer (whose alliterative name makes her sound like she ought to be a repurposing of a 1940s character; but she isn’t). Trevor and Candy are gradually eased out.

Reading a single collection emphasises how carefully constructed the story is (despite the occasional corporate interruptions from crossover events, which Pérez handles well). Threads laid out in the very first pages are pulled together in the end, and the whole volume has a pleasing sense of completeness to it. A good investment.

These comics were originally published in two volumes, as Gods and Mortals and Challenge of the Gods, and the extra materials from those volumes are included. They are also available along with Pérez’s second year in glossy format in Wonder Woman by George Pérez Omnibus, volume one.

The importance of Pérez to Wonder Woman’s history is shown by the fact that, though she has since tended to return to more traditional superheroics, Greek mythology remains a major part of most subsequent reworkings of the character, especially Greg Rucka’s run that begins with Down To Earth. But few have done it better than Pérez. 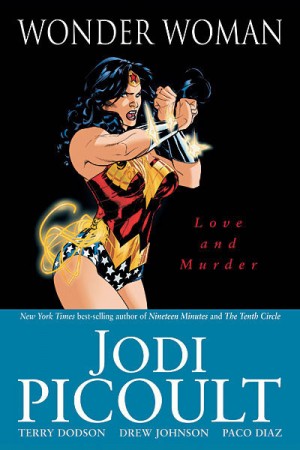