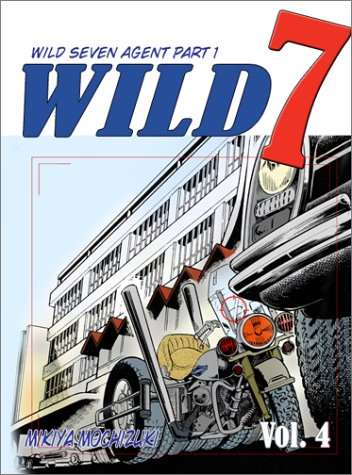 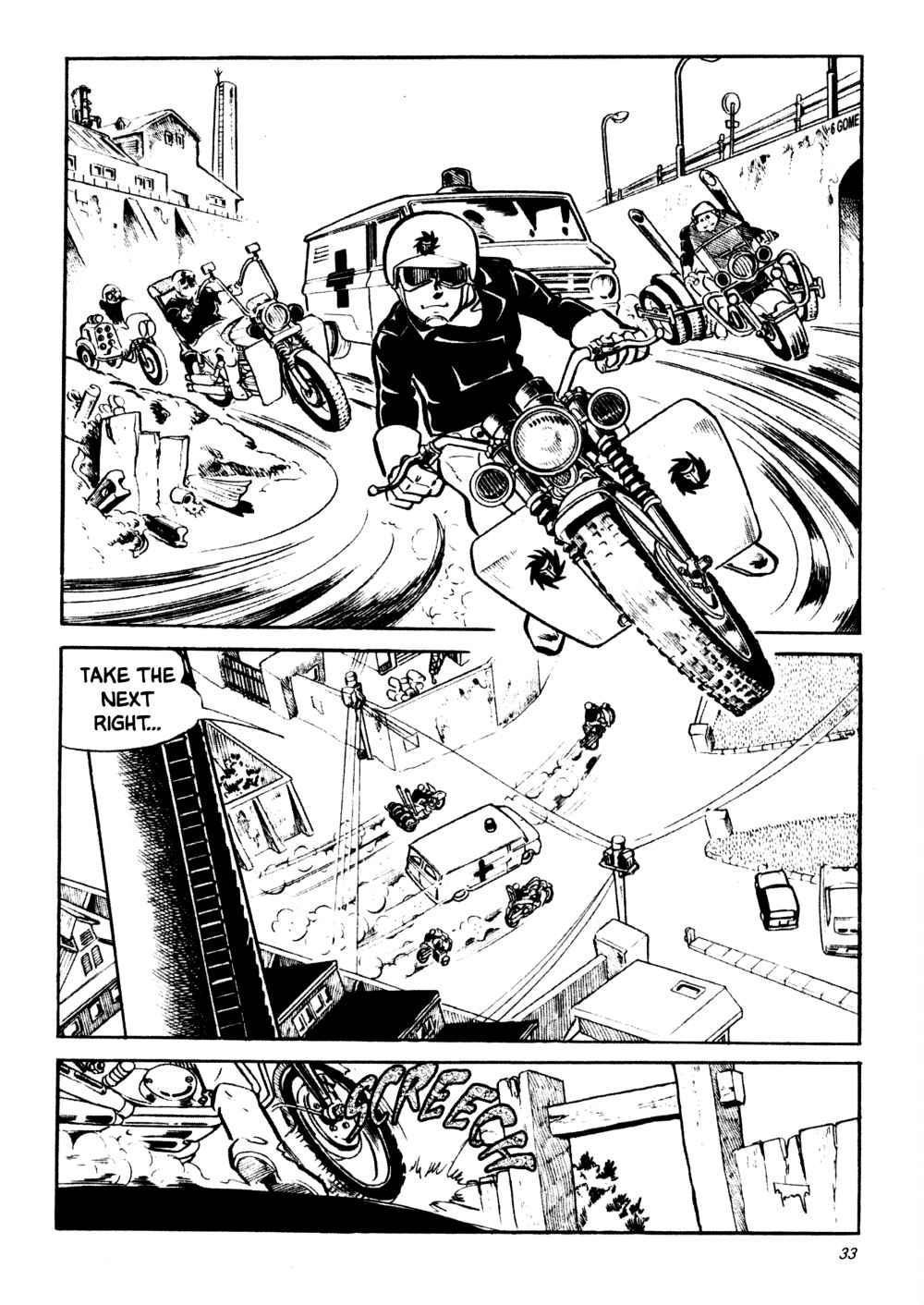 Wild 7 is the creation of Commander Kusanami, who persuaded the public prosecutor that the only way to combat rampant crime was to form a special squad of former criminals, give them police powers and let them deal with seemingly untouchable criminals as they saw fit. The Biker Knights Incident Part 1 closed with the implication Kusanami was involved in organised crime himself, and suggested that Wild 7’s targets might just have been selected to enable one Kuromatsu to consolidate criminal enterprises.

You didn’t really think Hiba was dead, did you? Mikiya Mochizuki supplies a suitably funny reason for his survival, and the primary problem soon becomes those bikers with lance attachments. Mochizuki drawing a nice variation on the sword through a box magic act. That’s before a spectacular fifty pages of bike on bike action spread over two chapters, Mochizuki choreographing the movement with the precision of a ballet and even managing to feature a couple of audacious tricks with a boat.

While there’s plenty more action and some amazing stunts, the heart of The Biker Knights Incident boils down to which is the greater power, physical force or political influence. As incredible as the Wild 7 are, how effective can they be? Pretty effective, as we discover. The longer Wild 7 runs, the more imaginative Mochizuki becomes, dangling possibilities, the action more brilliantly conceived and drawn, and the twists precision manufactured. The result is the best of these small paperback translations to date, and the series continues with The Rule of Kidnapping.