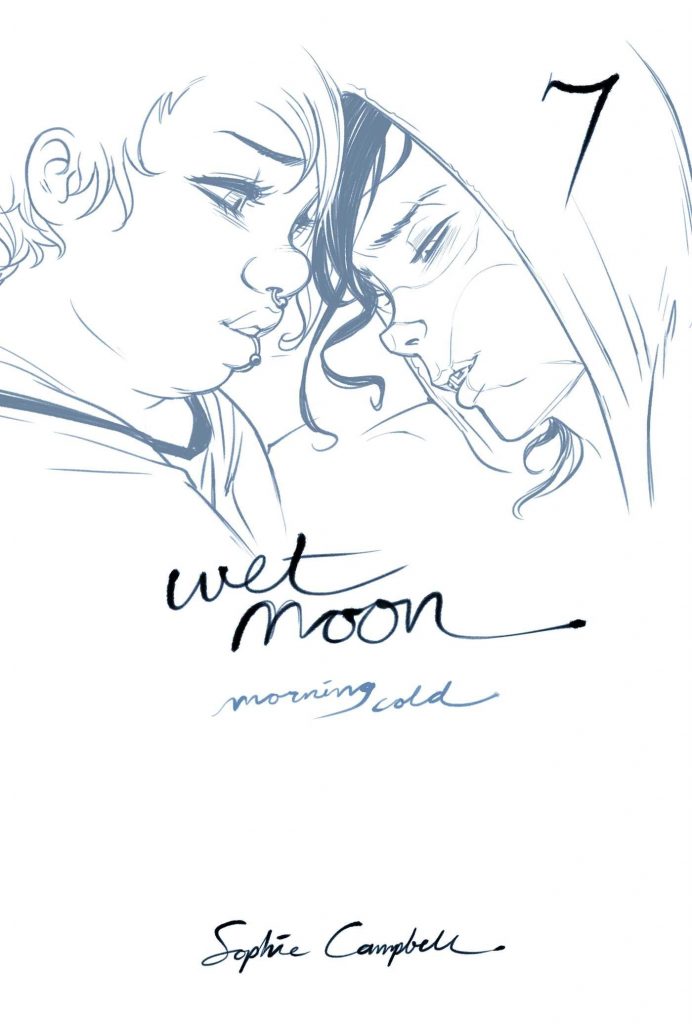 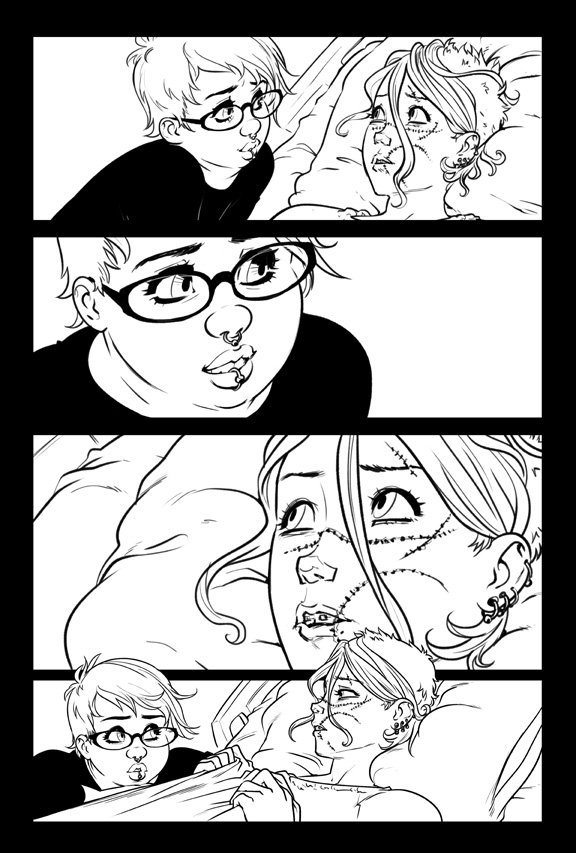 Wet Moon has been one hell of a journey for the cast of college students and Morning Cold opens with one hell of a lot of rage and frustration because much has changed. The core of the series has been Cleo’s gradually developing relationship with Myrtle, which is now definitively over, while Cleo’s best friend Trilby has at last woken from her coma and has been able to identify her attacker.

Morning Cold is a crowd-pleasing wrap-up making few concessions for anyone who hasn’t taken the journey along with the cast. Those who have, have waited for five years for this since Yesterday’s Gone, so does it meet expectation? Sophie Campbell was well ahead of the curve in presenting a compelling drama featuring a whole spectrum of gender identities and body shapes, rather than the idealised forms of perfection usually populating any form of visual drama. She developed along with her cast, and the confident storytelling techniques would have beyond her capabilities six volumes previously, as would the attractively clean art. It’s not as if the earliest volumes were poorly drawn, but Morning Cold is so much more polished. The minor, subdued colour highlights are an attention grabbing delight, used on hair or clothing

Cruising around a large ensemble cast tying up plots and revealing mysteries is a compromise of sorts, and while almost everyone gets a page or two to wave the audience goodbye, some are dealt with more thoroughly than others. It’s natural enough that Cleo and Trilby are allocated more space, as they’ve been more developed, almost every chapter’s centrepiece being the pair having a heart to heart conversation. Campbell’s admirably good in defining what life will be from Trilby from now on. All too often we read news stories about people who’ve survived an attack or disaster, but how often do we consider what that might mean for the remainder of their lives? Campbell addresses this, first in passing and then more explicitly.

However, Campbell is really caught between a rock and a hard place. An afterword reveals struggles in settling on a definitive plot, and there was always going to be the temptation to overload the happy resolutions for what’s a likeable cast. Many matters are tied up too easily, and almost everything works out in the end. It’s the easy sentimental option, but would we really want it any other way?

Warm, funny and oozing humanity, Wet Moon has been a dependable treat for so long it’s a real shame to bid farewell, but there should be some optimism about the sadness. Campbell has become one hell of a comic creator with a fantastic future ahead, and that’s something to celebrate.