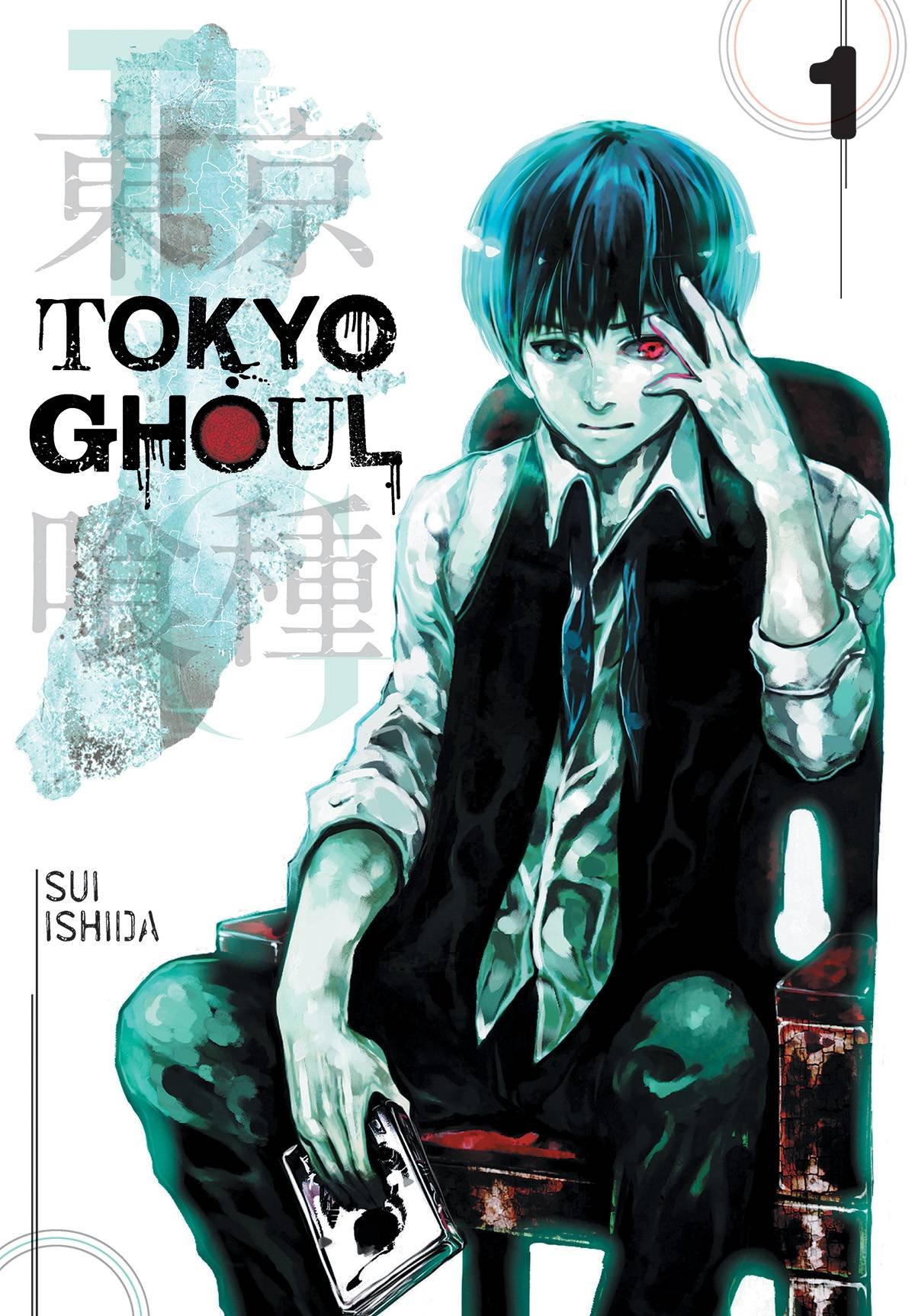 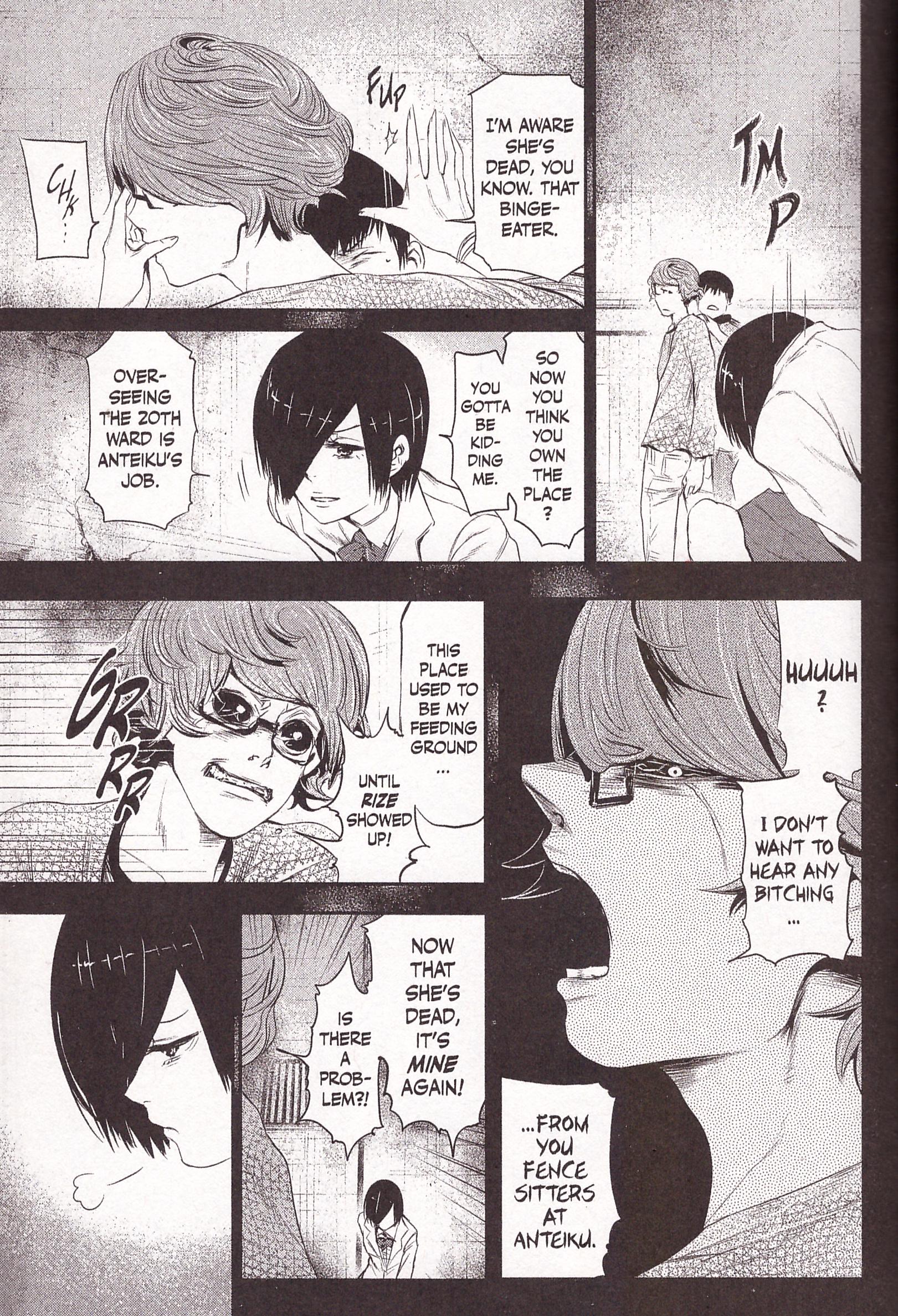 This is a world all-but identical to ours except for one major difference. As well as the dangers we face, Tokyo inhabitants have to be on the lookout for prowling ghouls who have a taste for human flesh. It’s a pity that shy teenager Ken Kaneki wasn’t aware that although they can pass for human, a giveaway is that ghouls are no longer able to eat normal food. Still, he survives his encounter better than most potential victims, except he needs an emergency kidney transplant. Luckily, the doctors treating his unconscious body have a dead donor right beside him. So begins Kaneki’s life as the Tokyo ghoul, not entirely transformed, but no longer able to live the life of an innocent schoolboy.

Kaneki is puzzled to begin with, but then repugnant at what he’s become. Fortunately help is at hand. Not only can the ghouls pass as human, they have their own organised society with rules and territorial claims.

Considering the subject matter, Sui Ishida is relatively restrained when it comes to feeding time, dealing with effect rather than slavering anticipation, but he’s hardly subtle when it comes to Kaneki’s emotional responses to his condition, or the reactions of others. Brian Blessed would consider them overblown. Otherwise, apart from a fondness for portraying people from behind, Ishida’s art is the very model of storytelling competency. His is a generic Japanese style, sacrificing most individual touches for clarity, the story being all, except when it comes to combat scenes, which are messy. It’s well drawn, but without leaving any memory of a single great image.

The core emotional issue concerns Hide, Kaneki’s friend since childhood. There’s much anguish about whether they’ll be able to remain friends, and then about another threat. For all that occurs, and a page count topping two hundred, Tokyo Ghoul is an intentionally rapid read, echoing Kaneki’s fast descent into something else. That rapidity could prevent an awareness that there’s not actually an awful lot of plot filling the pages. It’s supplanted by tension, emoting and atmosphere, but overall this is a strangely muted introduction for a series that’s run to thirteen books to date. By the conclusion a decision has been reached that leads in Tokyo Ghoul 2. 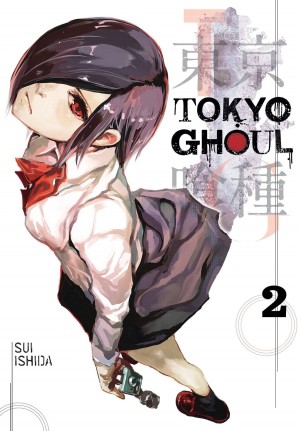 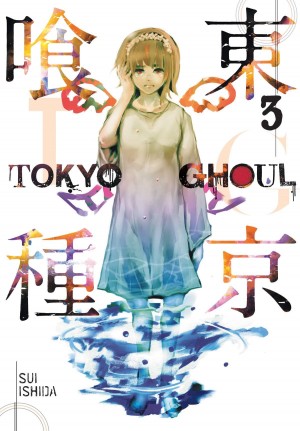 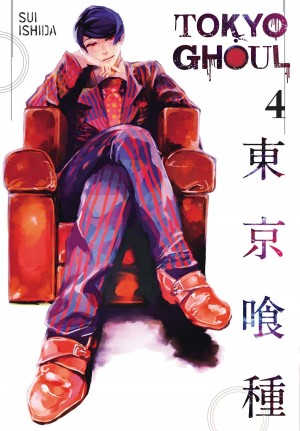 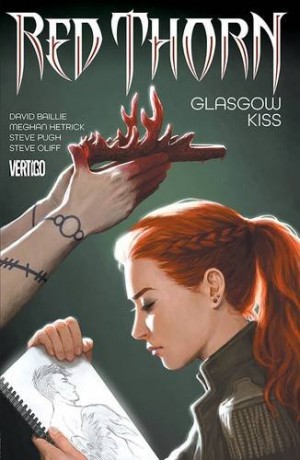