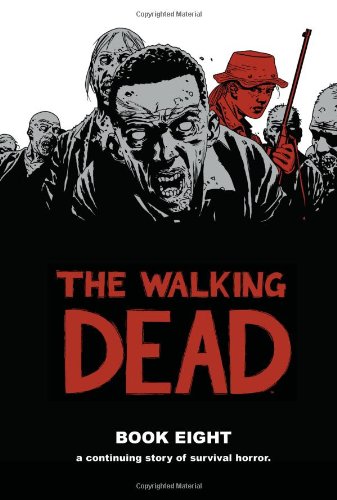 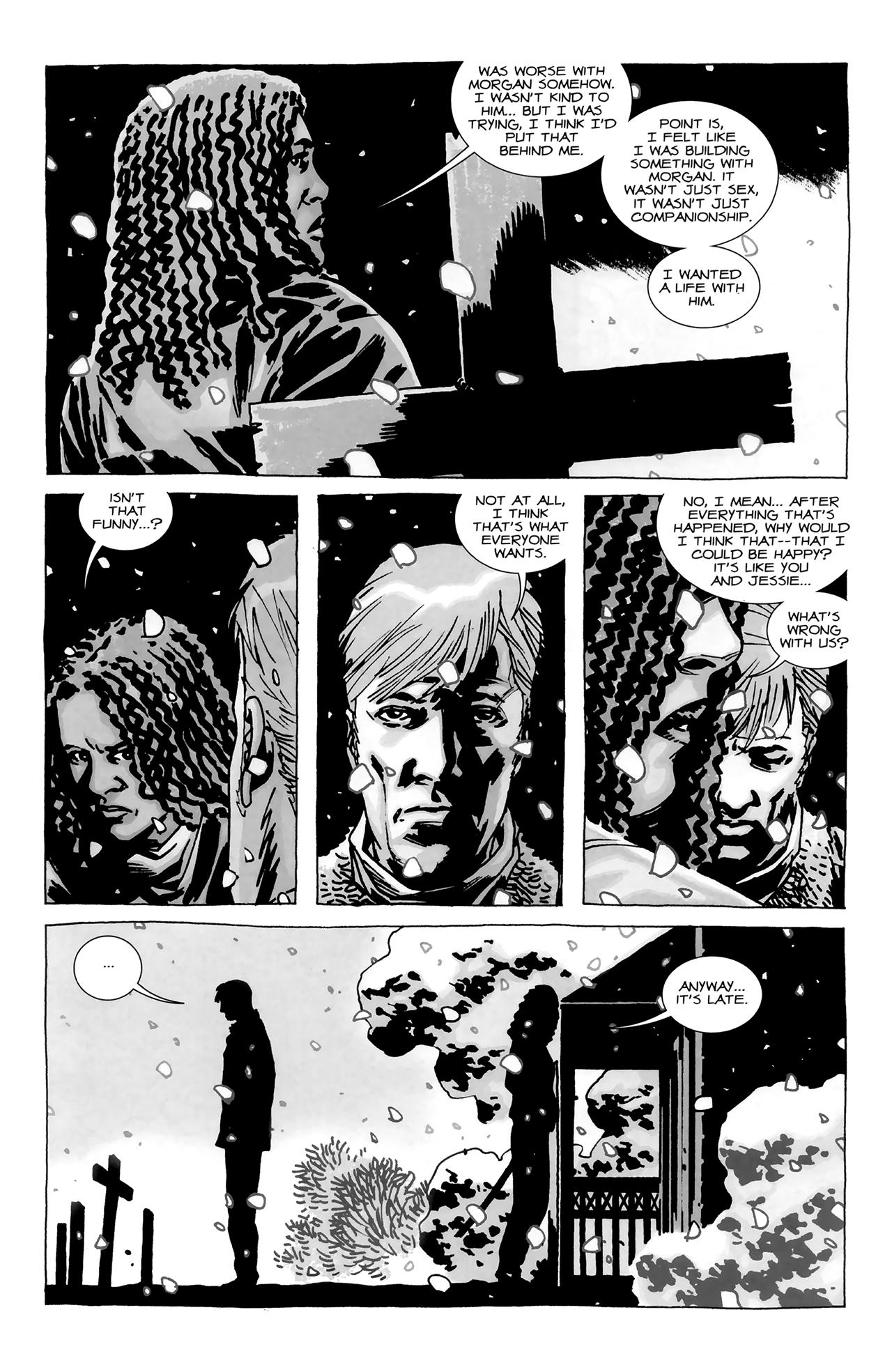 After the all-out zombie infestation that concluded Book Seven, this is, for the majority of its ten chapters, a more contemplative affair. The lack of action allows people within the gated community to consider their lives and relationships, and several discover they’re not overly happy with their lot.

This character exploration occupies roughly the first half of the book, and Robert Kirkman isn’t always convincing with his motivation. Decisions are taken, concerns voiced, but the pacing isn’t as adroit as usual, packing in too much talking without very little contrast or respite. This even applies to Rick Grimes, our nominal protagonist in an ensemble cast. Yes, he has much to occupy his mind, but his soliloquising occasionally drops into mawkishness. There is, though, a good scene where he crystallises why he’s an effective leader: “I saw the future. Not a perfect place, not by a long shot, but it’s foundation, the start of something historic.” It’s a turning point for the series, but not one fully explored until Book Nine.

Kirkman’s opportunity to refashion Carl Grimes is interesting. He’s experienced a lot since the series began, most of which no-one would wish upon their children, but Carl has undergone rather a transformation, and there’s an interesting tension fostered by wondering how far his instincts can still be trusted. Or, whether in fact they’re now more astute than previously.

The Walking Dead has thrived on the provision of hope, which is then rapidly whipped away, and in the second half of the book Kirkman provides an extended variation on this scenario. Has Grimes become too paranoid and circumspect for his own good (and by extension the good of the community) or is his precautionary attitude justified? His entrenchment is tested by a new character with considerable resources.

Given that 50% of the book is almost exclusively dramatic conversation, Charlie Adlard manages the sterling task of ensuring this content is visually varied. It’s limiting, though, and there seems a relief when there’s the opportunity to draw a landscape or a road again.

Those preferring their Walking Dead in larger doses will find this collected along with books 4-7 in the vast The Walking Dead Compendium vol 2. Alternatively it’s found in traditional paperbacks volumes 15 and 16, individually titled We Find Ourselves and A Larger World.