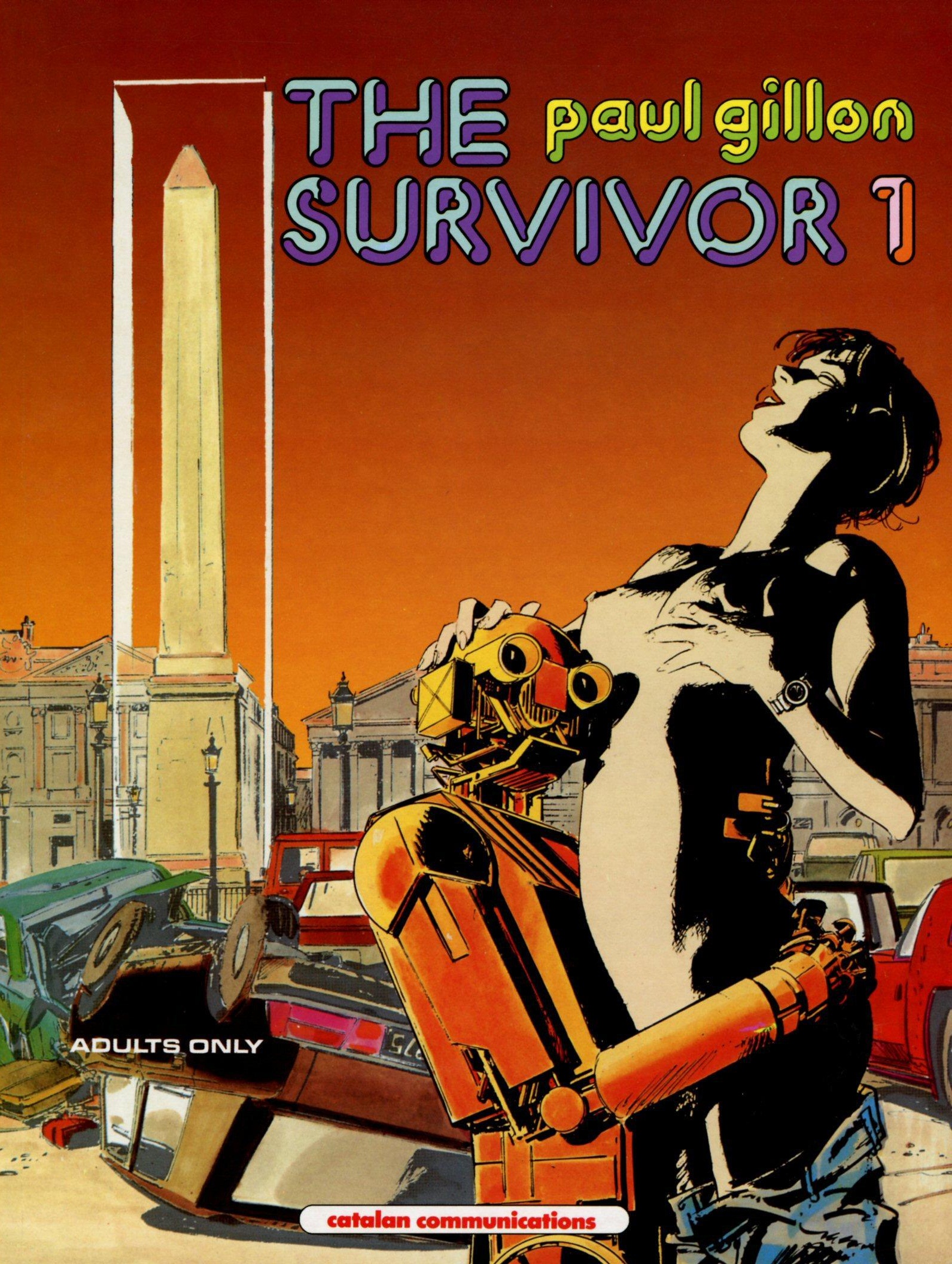 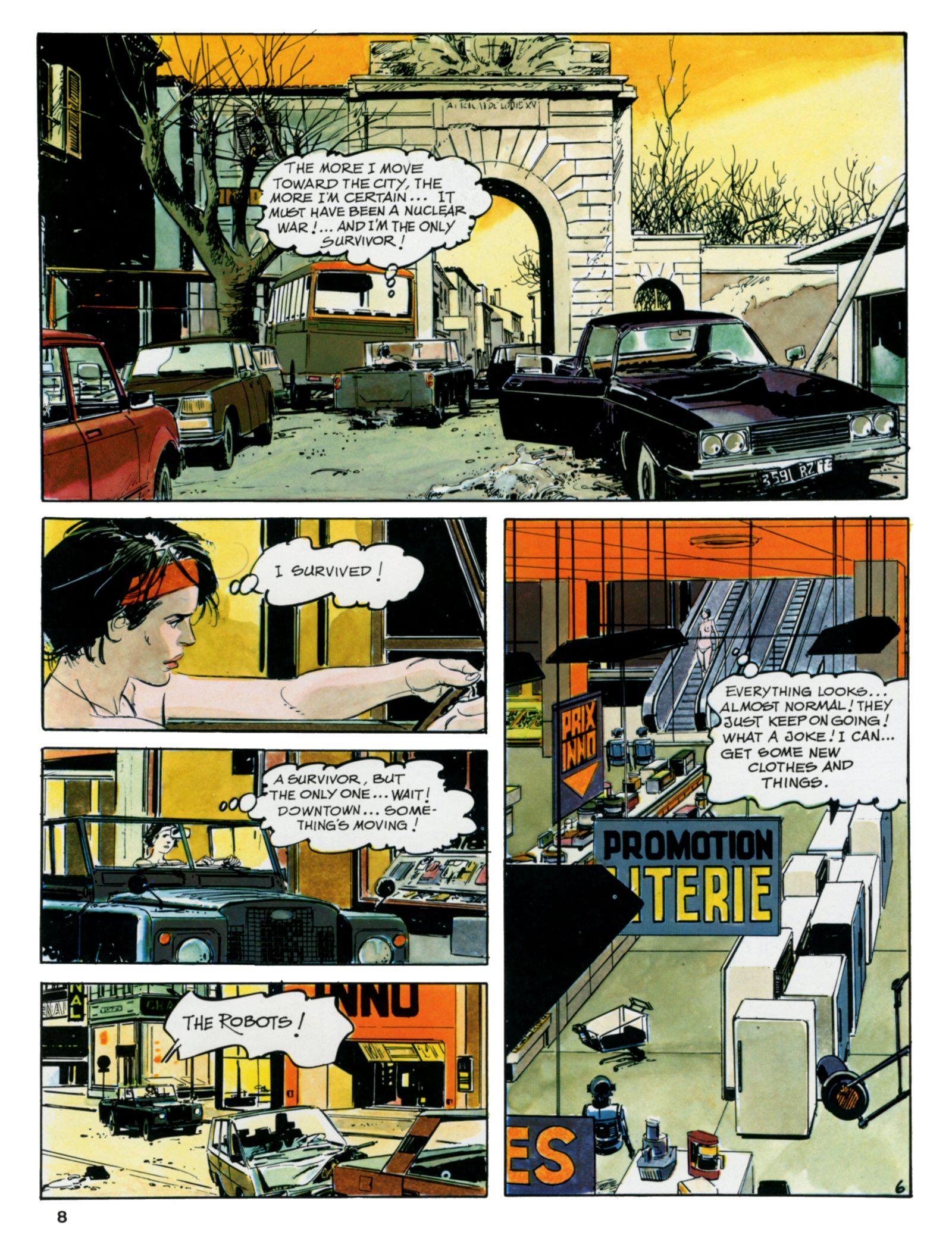 Paul Gillon’s cover to The Survivor undersells it. In English language marketing terms it drops the book firmly into the category of sex graphic novels, when it’s actually a lot more, displaying intelligent and inventive variation on a post-apocalyptic theme.

Aude is diving deep beneath the sea. When she emerges her companions on the shore have been reduced to petrified dust that crumbles at the touch. It doesn’t take her long to discover that this is the fate of everyone in the vicinity, and driving to Paris she enters a deserted city. Gillon sets his story a little ahead of current technology, as robots cope with day to day tasks such as shop service, although he uses the cars of the early 1980s. The use of robots isn’t mere whimsy. Even before we reach the cover sequence Gillon has employed them well. Humanity may now be all but extinct, but the robots are programmed for specific tasks, and carry them out irregardless. It leads to absurd situations such as a naked Aude unable to take clothing from an empty department store staffed by robots, and her crimes are transmitted to robot traffic police, still checking the only car on the roads.

Surprisingly sanguine about humanity’s departure, Aude sees no reason to return to her small Paris apartment under the circumstances, instead checking in to a luxury hotel. That sorted, she begins the task of determining if there are any other survivors, and the enormity of the situation begins to strike home. Loneliness ensues, and sex intrudes frequently from the halfway point as Gillon begins to explore the reactions of the world’s last human shedding their inhibitions as they adjust to their situation. As the cover shows, with no other options available, Aude manages to occupy some robots with new tasks.

In 1992 Gillon would be awarded the grand prize at Angoulême, and a pleasing figurative style characterises his art, with all those life drawing classes at art school paying off as an irrepressibly naked Aude travels around a sumptuously illustrated Paris. The robots are overly primitive and fussy in their design. An element of the future we can surely predict is that when robots for tasks envisaged by Gillon are developed, they’ll have a futuristic sheen to them. They won’t have every nut and bolt on display. However, carping about the design of the robots does their effective use a disservice.

Sexual content is high, but not exclusive, as Gillon has wider interests, and he manages to characterise the robots along with Aude, in an emotionally rich tale encompassing hope, joy and tragedy. The Survivor was very well received in Europe, where three further volumes followed, completing Aude’s story. Only the second, The Heir, has been published in English, also by Catalan, but unofficial translations of the remainder can be located online. 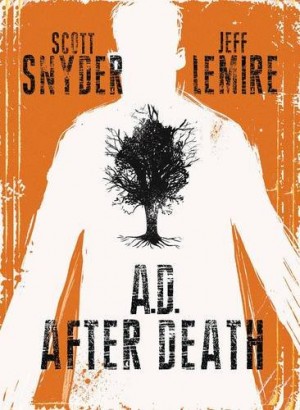 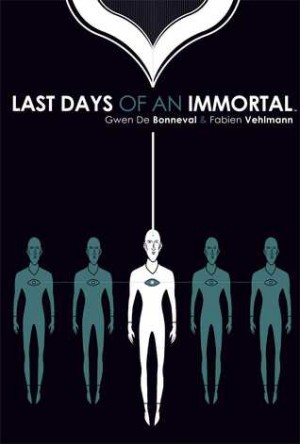 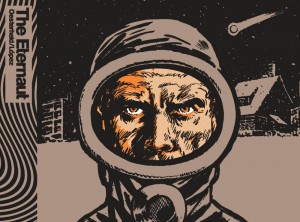