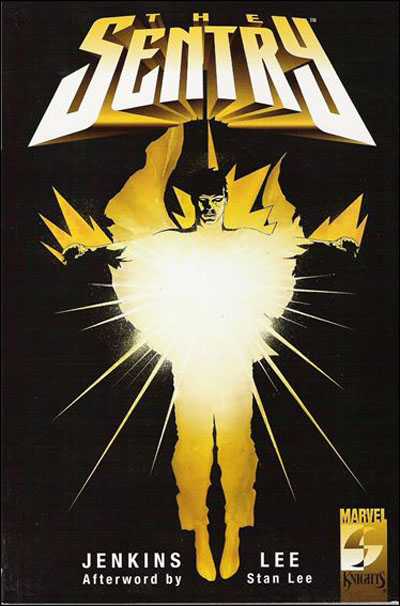 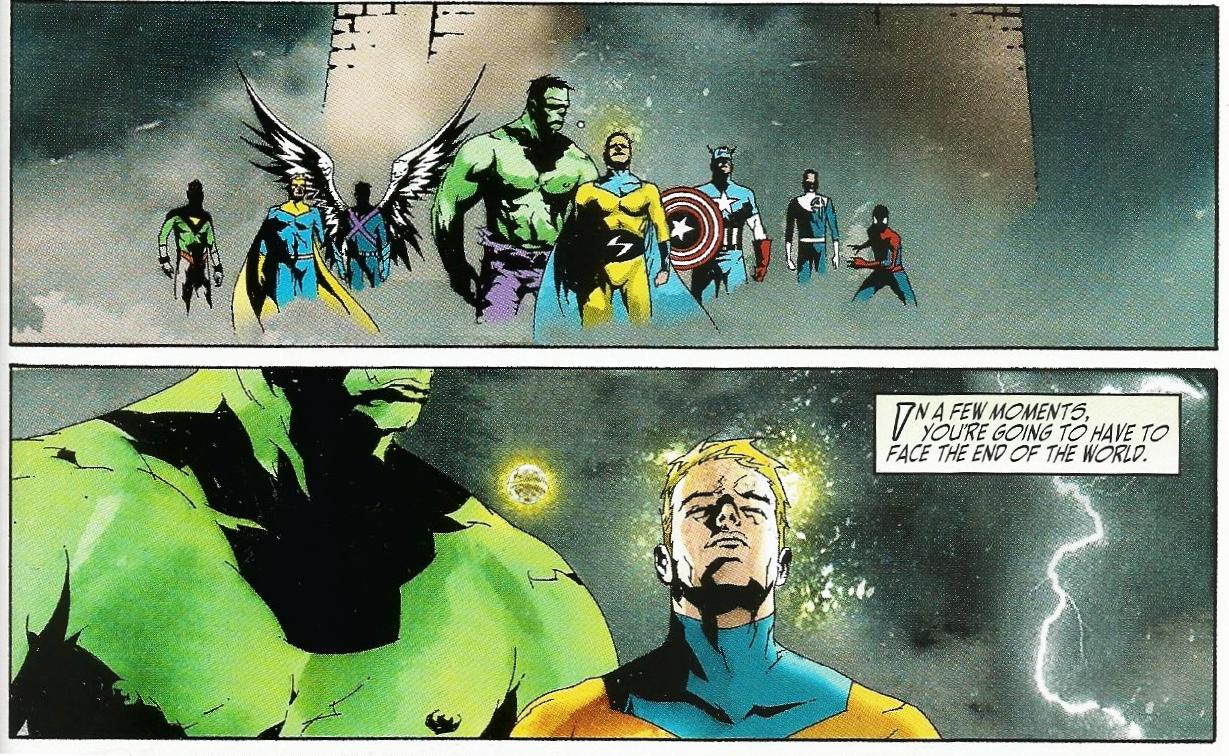 At some point in the early days of the 21st Century, Joe Quesada, Marvel’s Head Honcho, decided what the Marvel Universe needed was a Superman equivalent, a powerhouse blockbuster. While there were several extant contenders, they were generally off-Earth ‘cosmic’ characters, and a few of them too similar to the Man of Steel for litigious peace of mind.

Writer Paul Jenkins modified a concept he and Rick Veitch had noodled about in the 1990s, and came up with the Sentry, presented with the tag line “You’re the greatest hero of the Marvel Universe… So why doesn’t anyone remember you?“

Flabby middle-aged Bob Reynolds is disturbed by dreams of another existence, of strange adventures and godlike powers he knows he never had. His wife deserts him, unable to cope with his erratic behaviour, and at first he looks like becoming just another mad hobo – but the difference is that Bob’s ‘delusions’ actually happened. He was the Sentry, possessed of “the power of a million exploding suns“, first hero of Earth, arch-enemy of the near-omnipotent Void, close friends with Reed Richards and Tony Stark… but he, and the rest of the world, were forced to forget.

Marvelman, anyone? Straining for a Superman-alike, Jenkins seems to have tapped a smidge too closely into the creative zeitgeist of fellow-Brit Alan Moore, in a dumbed-down, tailored-to-the-Marvel-Universe manner.

The volume collects two separate series. There are five chapters by Jenkins, illustrated by Jae Lee, in which Reynolds’ backstory unfolds, and a subsequent quintet of linked one-shots, also Jenkins-scripted, in which the Sentry’s past and present relationships with various Marvel superstars – the Fantastic Four, X-Men, Hulk, Spider-Man – are recapped and updated, before the cataclysmic final battle with the Void. Jae Lee’s art at this point was in a transitional state – a far cry from his early, frenzied, Image-inspired messes, but not yet developed into his familiar lush illustrative style. The kindest thing that can be said is that it progresses from plot point to plot point competently, if stiffly, with occasional nice set pieces, and the odd wobble, such as the breed of Sentry’s dog, which seems to alter from panel to panel dependent on what photo he was swiping at the time. Unless that’s a subtle symbol of our hero’s fluctuating mental state. Probably not.  Various artists illustrate the one-shots, before Lee returns for the finale.

They’re competently told, but the nagging similarities to the Miracleman/Marvelman story take the zest out of the entire exercise. After this would-be epic introduction, the Sentry hung around for a while, but nobody seemed interested in doing much with him. It’s telling that his most entertaining use was in The Age of the Sentry, in which he was a springboard for Jeff Parker and Paul Tobin’s love letters to the 1950s Superman. He died a couple of times, was resurrected, became a cosmic entity, and, since Marvel acquired the rights to the actual Miracleman/Marvelman character, has been seldom seen as his intended purpose, of being Marvel’s ‘Superman’, is now redundant.

The Sentry character was trailed in comic media news as a ‘newly found’ character from Marvel’s Silver Age, and Stan Lee, or his ghost writers, participated in several spoof  interviews about this ‘undiscovered’ vintage character; some of those are appended as a kind of half-hearted afterword. 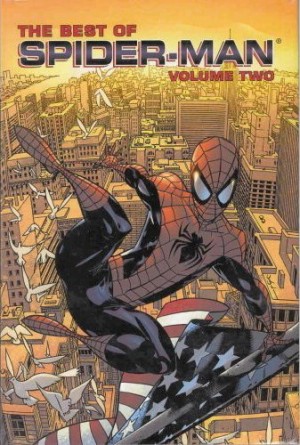 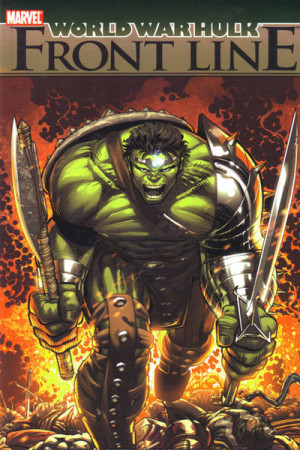