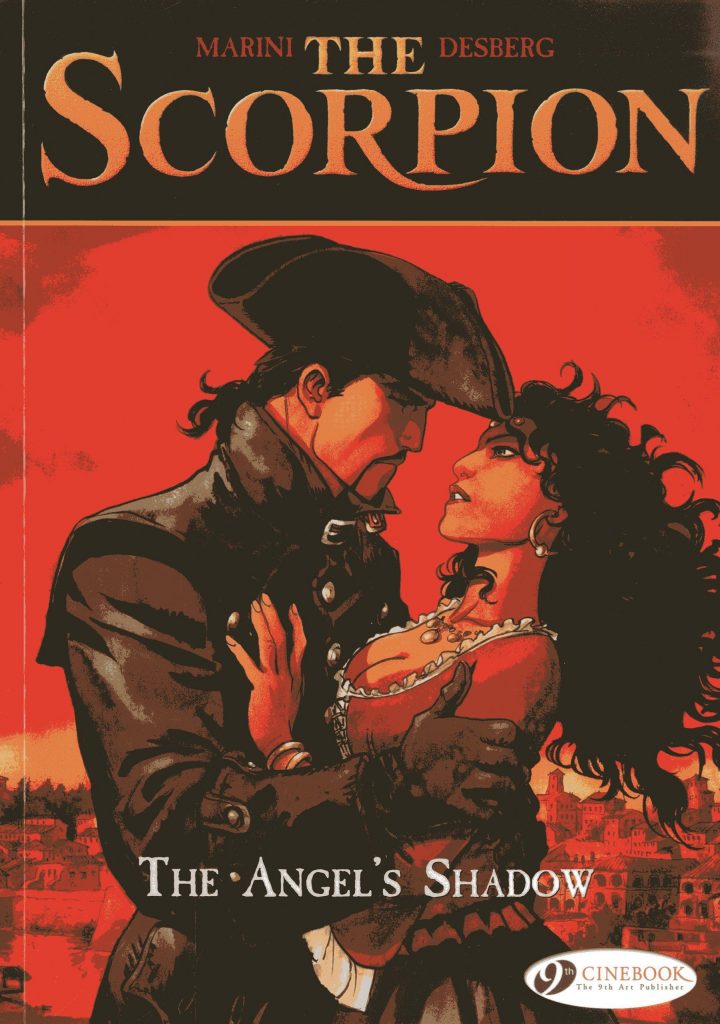 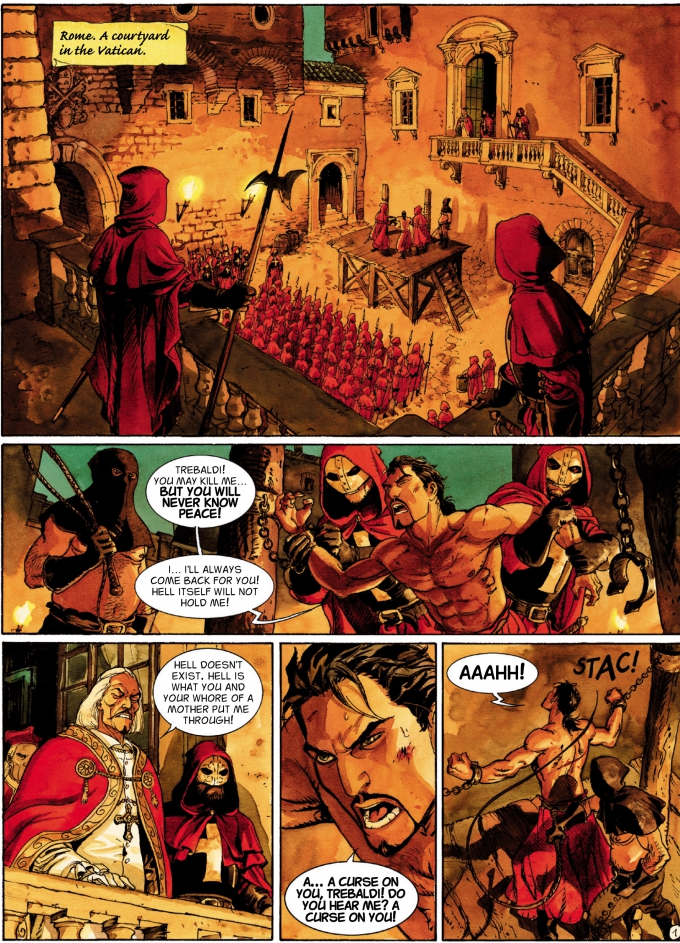 The Scorpion’s quest for answers about his past continue, and the more he learns of his mother and Trebaldi’s relationship the more questions he has about his sudden betrayal in ordering her execution. The main plot of The Angel’s Shadow focuses on Trebaldi’s waning power, as seen in In The Name of the Father. Without funds to pay his Warrior Monks many of his men are abandoning their Pope. Seeing a weakness in Trebaldi’s reign, the Scorpion and his companions try to use this as a way of getting close to him so that Armando can finally confront Trebaldi about his mother. However, as has been the case with previous volumes, in his search for the truth Scorpion unravels more twists and turns, and with them more new faces enter the fray.

His romantic life runs no more smoothly either. Just as he and Mejai seem to have set aside their differences and accepted their mutual attraction, a woman from Armando’s past appears and complicates matters, but Armando is not the only male interested in her. Ansea also returns, seeking out Armando for her own motives. Interestingly, although the female characters can sometimes seem secondary, they are frequently overlooked or underestimated by the leads, and more often than not it is the women who are manipulating and controlling the plot. That is not to say, however, that Stephen Desberg is wholly progressive in his representation of them, for the most part the females are just as untrustworthy as the men, and very rarely do they adhere to the Bechdel Test. The only narratives where they interact together are in conversations centering around the Scorpion, be that their love for him or plotting against him.

Enrico Marini’s art is as captivating as ever, from horseback raids, to shoot outs and swordfights. Even his less-action packed moments are beautifully drawn adding depth and emotion to the varied range of characters. His use of shadows and tones compliments the feelings of the characters, from the deep scarlet red fantasies of Trebaldi as his rage and jealousy drive him to madness, to the warm romantic sunset glow of Armando and Mejai as their relationship develops more intimately. As a creative team, Desberg and Marini seem wonderfully in sync, and as exciting and fast-paced as the story may be, it reads like a well-oiled machine, with every detail fitting perfectly in place.

The Angel’s Shadow is structurally very much like the others in the series, with secrets slowly uncovered and more created as new scenarios and characters are introduced, while a cliffhanger sets up the next story, The Mask of Truth. Despite the formula there is no feeling of monotony as once again Marini and Desberg have found a way to pull the readers in for more.