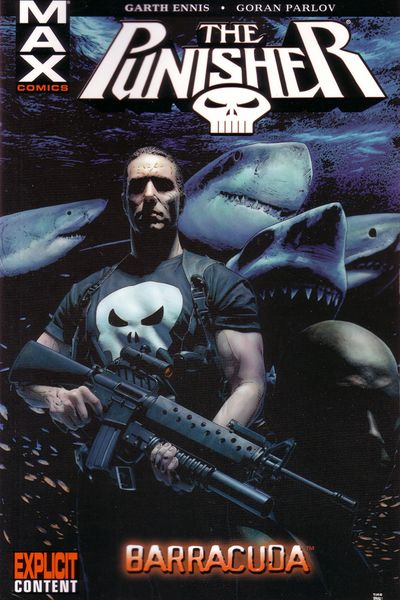 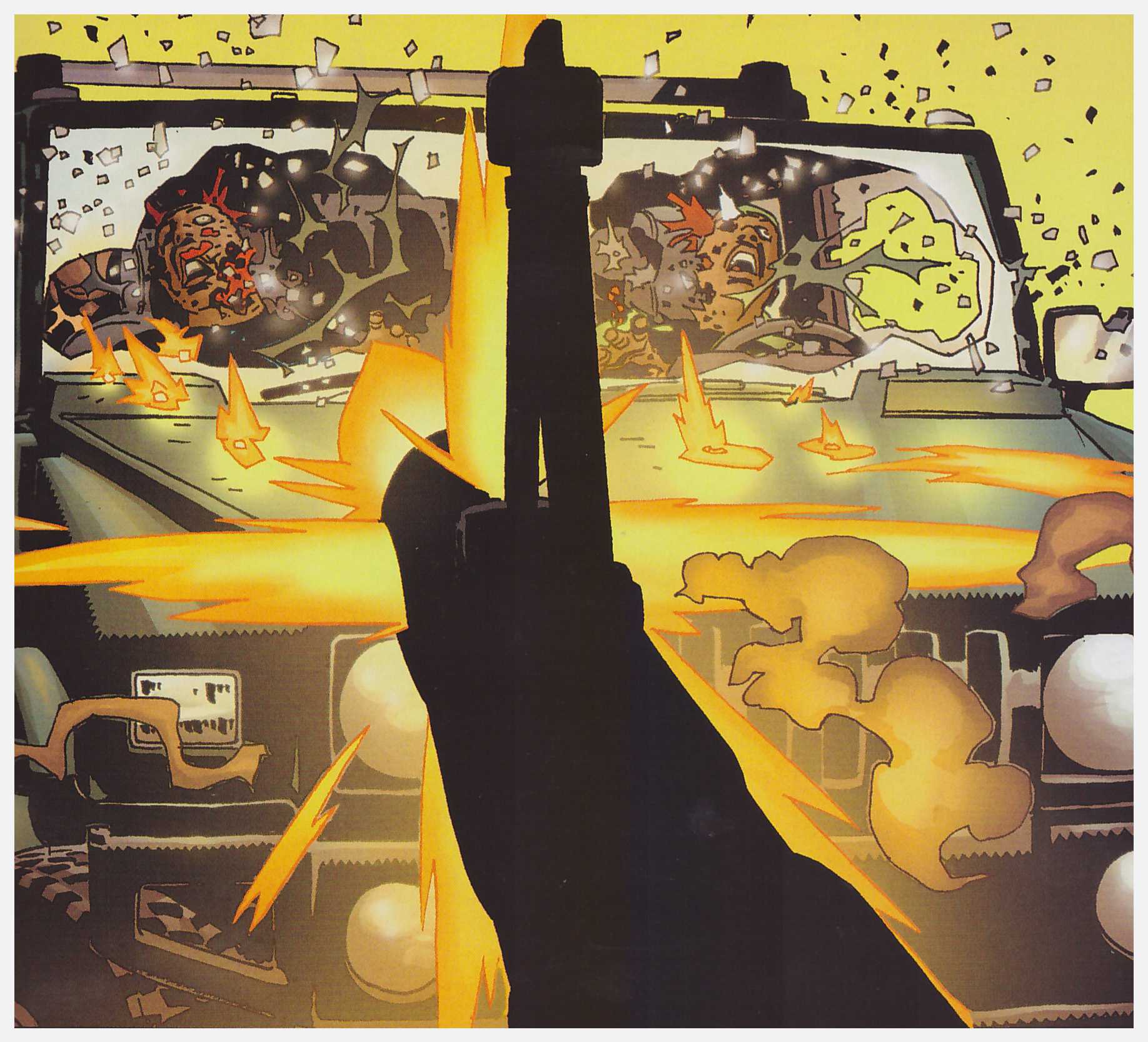 Barracuda introduces probably the toughest and most durable individual the Punisher has faced in his long career, the type of guy who can lose a few fingers, shrug his shoulders and accept it as an occupational hazard. Unlike other villains in the series, though, there’s an element of charisma about Barracuda. He makes no secret of what he is, enjoys his sociopathic indulgences, and if you don’t get in his way he’s occasionally almost likeable. Or as likeable as any man who feeds his still living enemies to sharks can be.

Maybe that’s because Barracuda isn’t the worst villain of the piece, he’s just the guy who gets his hands dirty while hired as protection for corporate raiders. Writer Garth Ennis obviously believes such types have their own circle in hell waiting for them, and particularly relishes depicting them in broad strokes as men for whom the money is all, no matter the human cost elsewhere. Their wives are equally bereft of conscience.

Illustrated in fine fashion by new to the series Goran Parlov, Ennis settles a few social scores during the course of the story, which removes the Punisher from his New York comfort zone to the sea and swamps of Florida. Given the relentlessly horrible experience of The Slavers, some relief was probably in order, although to call Barracuda light relief would be going too far as it never quite reaches the comedy elements of Ennis’ first run on the Punisher. There’s nothing wrong with this as action-adventure, but it’s also not the volume to start with. Part of the reason is that it’s not an entirely accurate representation of the mood. With his larger than life personality, Barracuda is more reminiscent of the colourful villains the Punisher dealt with in earlier times.

This is collected along with The Slavers in the hardback Punisher Max volume 3, and both are gatherred with several other Ennis Punisher stories in the second Punisher Max by Garth Ennis Omnibus.