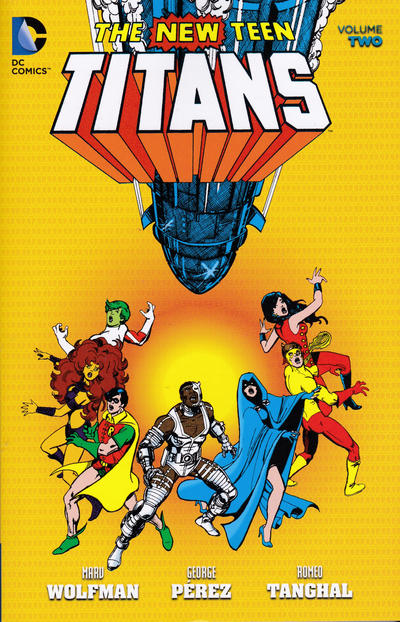 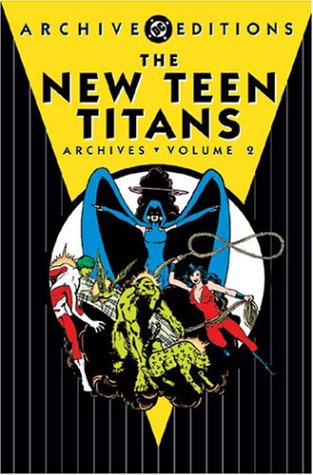 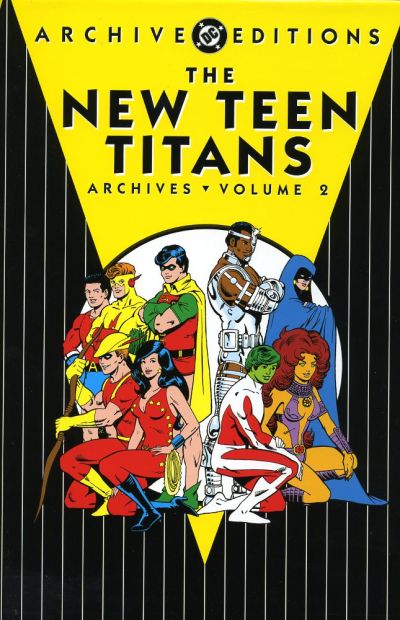 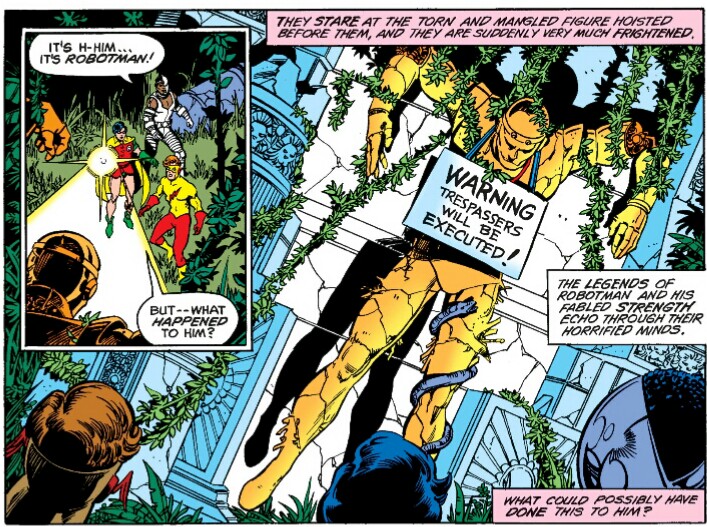 In this second volume collecting their work on the New Teen Titans, Marv Wolfman and George Pérez are really getting into their stride. By the end of the comics included here, originally published in 1981 and 1982, Teen Titans had passed a year in publication, and was DC’s most spectacular hit.

It isn’t really hard to see why. Pretty much all of the stories here are solid, entertaining superhero material. The weakest is a one-shot focussing on Starfire and her naïve love life. The best are an encounter with the ancient Titans of Greek myth, a tale which anticipates themes to which Pérez would return in his run on Wonder Woman, and an extended narrative, which has Wolfman’s fingerprints all over it, that resolves issues left hanging by the ending of the original run of Doom Patrol in 1968. If there’s an issue with the plotting, it’s that sometimes Teen Titans suffers from the same problem that eventually drove John Byrne off X-Men, that the Titans are often denied a clear-cut unequivocal victory. Menaces such as the H.I.V.E., Deathstroke the Terminator, or the New Brotherhood of Evil are frustrated in their aims, but get away to threaten another day.

Wolfman still overwrites, supplying extended thought balloons and captions that really slow the story down on numerous occasions, but beneath there’s some high quality characterisation. Wolfman writes teen angst with considerable understanding, as these seven people try to cope with becoming adults, anticipating Buffy the Vampire Slayer by nearly two decades. Pérez’s artwork, under Romeo Tanghal’s inks, remains very attractive, clear and easy to follow, if a little lacking in the impressive page design that characterises his later work. His pages are full of the fine detail for which he was by now famous (see sample image). One could argue that some designs for new characters look silly, but that’s a small price to pay. Most of all, Pérez’s enthusiasm is shown by his remaining with the series over a longer period without a fill-in than he had ever managed while drawing The Avengers for Marvel.

These are very good superhero comics. And Teen Titans would get better.

These comics were originally collected as The New Teen Titans Archives, volume 2. That is rounded off by a brief story by Wolfman that originally appeared in the Best of DC Digest, as a new contribution to an issue otherwise made up of reprints of old 1960s Titans stories (i.e. a reason for collectors to buy that issue). It’s an inconsequential piece, foregrounding Wolfman’s liking for involving the Titans in addressing non-super criminals (in this case drug dealers). It’s notable most for being the first use in the new series of former Titans Speedy and Aqualad, and for Carmine Infantino’s ever-distinctive artwork, which even under Tanghal’s inks looks dated, and permanently locked in the 1970s, when compared to the modern lines of Pérez. Wolfman himself clearly found the story forgettable, as the next time Speedy is used, a year later, Wolfman writes him as if this story had never happened (though oddly, not the next time he uses Aqualad). This is perhaps the reason this piece is omitted from the 2015 paperback reprint under the new title, though it, and all the other comics here, can be found in New Teen Titans Omnibus, volume 1. New readers needn’t worry that they are missing much.