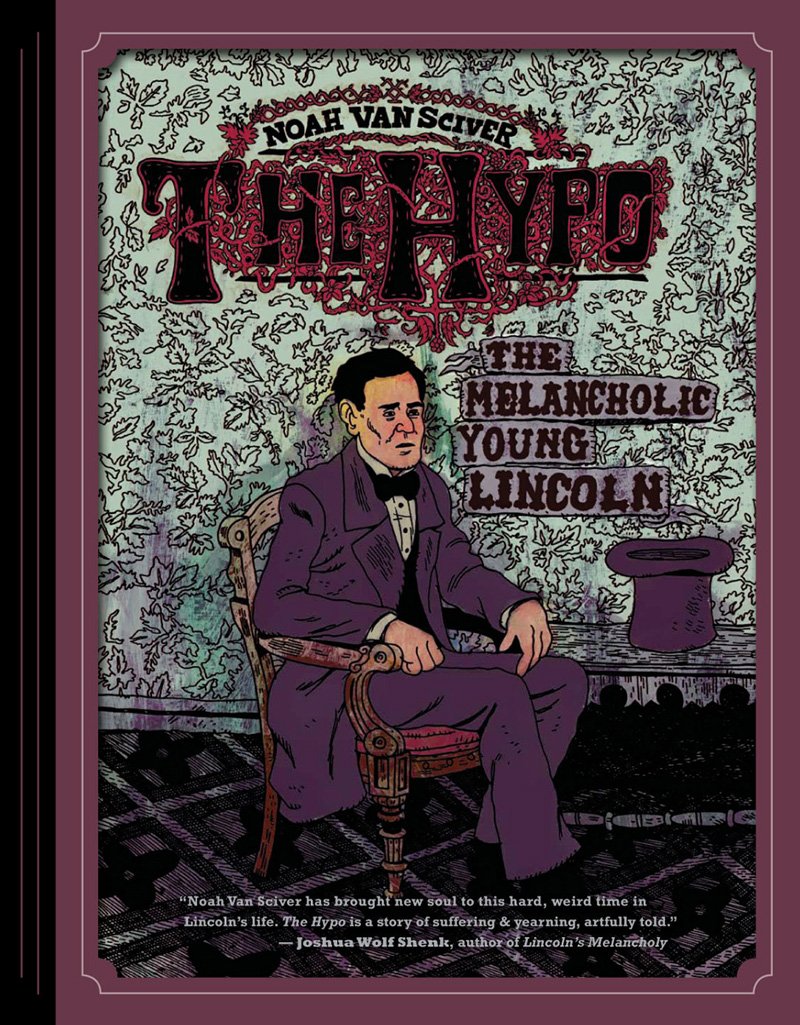 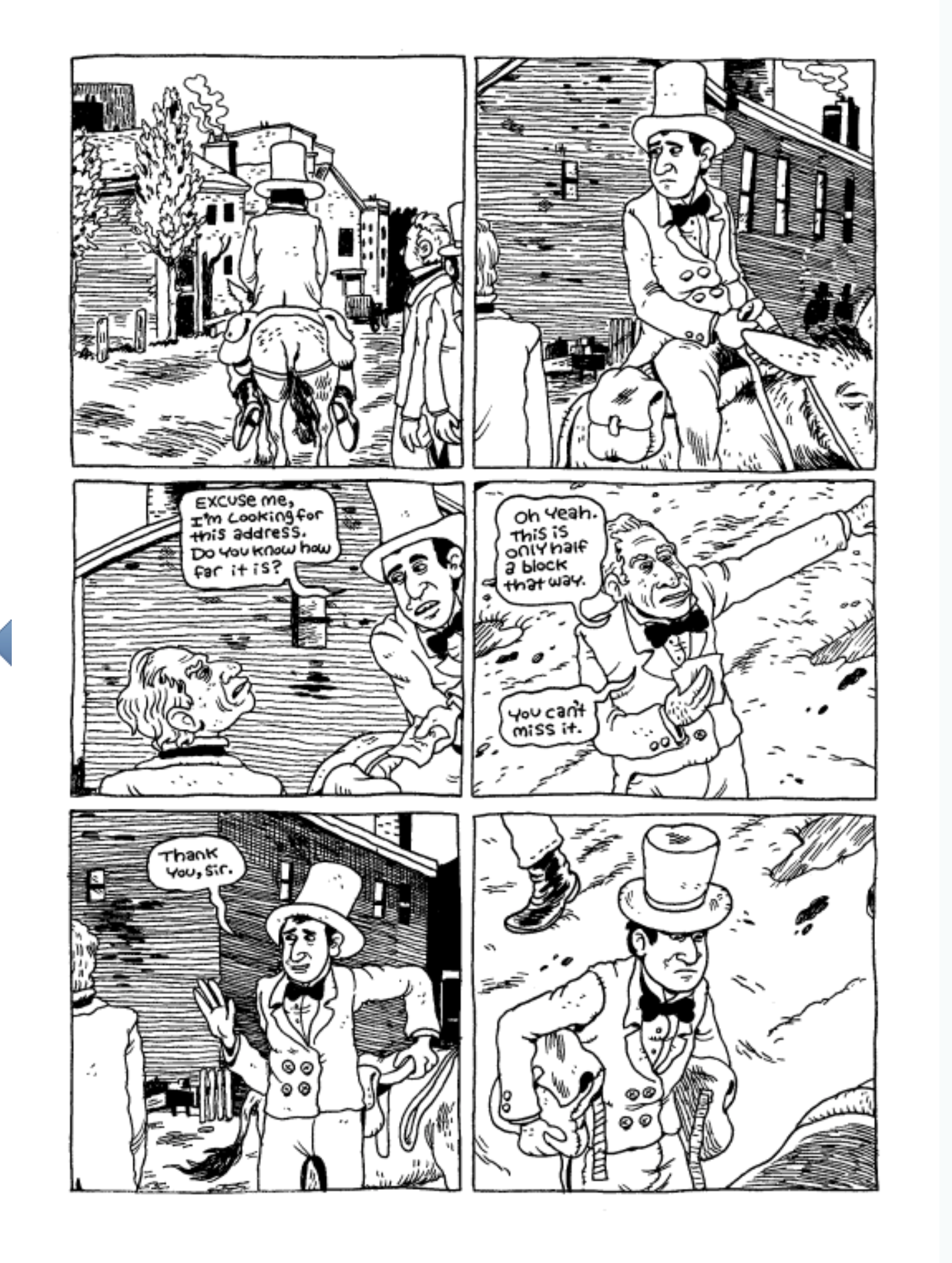 The Hypo is the first graphic novel by Noah Van Sciver. It’s a narrative biography, telling its story primarily through dramatic scenes and dialogue, rather than the third-person narration typical of prose biographies. In cinematic terms, it’s a biopic, and not a documentary.

With a civil war, and death by assassination on his curriculum vitae, there’s no shortage of material in Abraham Lincoln’s life, so it’s an intriguing decision to focus on the early years. The book starts in 1837, with the future President already a member of the Illinois State Legislature. There are fascinating glimpses of the political context, but that element of his life is mostly ‘off-stage’. This volume instead focusses on his fledgling legal practice, his search for love, and as the subtitle highlights, his struggle against what was then called ‘melancholy’.

Van Sciver paints a vivid picture of 19th century Illinois as – even for a state legislator, and law practitioner – an impoverished grind: with cold, rain, mud and leaking roofs, all a daily reality. Lincoln’s too poor and debt-ridden to pay a prostitute, let alone win a wife. He takes a liking to independent-minded debutante Mary Todd, though her affluent family consider him a poor match. Over the first half, the story does flag. The reader may also struggle with sympathy for the conflicted Lincoln, who, for example, only wants women when they’re unavailable.

The interest picks up, as Lincoln faces his central crisis. Melancholy (i.e. depression) was little understood in the 19th Century. It’s no surprise, then, that treatments were primitive, shocking, and yet – from the comfort of today – fascinating. Warm and cold baths may seem haphazard, but are less disturbing than ‘bloodletting’, never mind ‘salivation’. Van Sciver enriches his account with complementary period sources, most memorably the medical manual of Dr Benjamin Rush which details the effects of ‘Salivation’: the oral application of the liquid metal Mercury (now recognised as the cause of Mad Hatter Syndrome), the benefits of which include “[fixing the patient’s complaints] wholly upon his sore mouth”. Van Sciver’s decision to focus on the ‘melancholy’ is more than vindicated by his powerful handling of these scenes, as Lincoln slouches, shuffles, sweats, shudders, and stoically endures both condition and cure. Other elements of the story thereafter develop and resolve satisfyingly, giving a pleasing sense of completeness to this chapter of Lincoln’s life.

Endorsements of Van Sciver’s art from Robert Crumb and Chester Brown, give credible clues to his style. His figures have something of the charmingly just-off-realistic quirk of Brown, with the latter’s Louis Riel (similarly about a politician in the colonial Americas) surely an inspiration. Van Sciver has neither the poise of Brown (by then fifteen winters seasoned), nor the precision of Crumb, but very few do. Van Sciver’s mis-en-scene is convincing, by turns: barren, ramshackle, and squalid. Though he’s equally at home with the more salubrious soirées, complete with dancing and period gowns. He uses pen hatching to create tone and texture, which at best gives clarity and focus, and at worst, becomes painfully distracting. Moreover, some key characters look too similar, and in one sequence of Abe with his law partner, only a pair of braces distinguish them.

In both story and art, this is an assured debut, and Van Sciver would go on to produce a variety of strong work over the following years. His Saint Cole brought a similar sensibility to contemporary fiction, and he’d prove a fine satirist in his Fante Bukowski series. His collection Disquiet includes a substantial sequence cut from The Hypo. 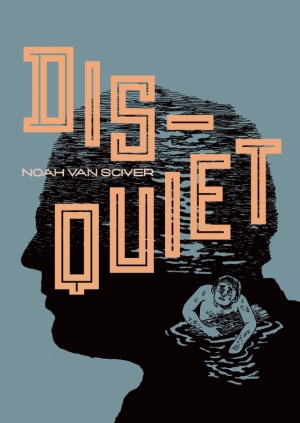 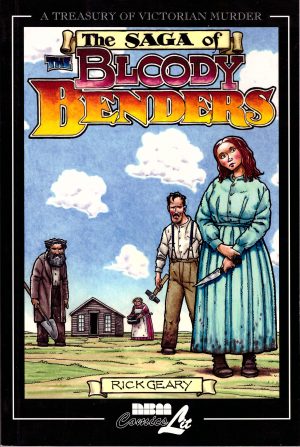