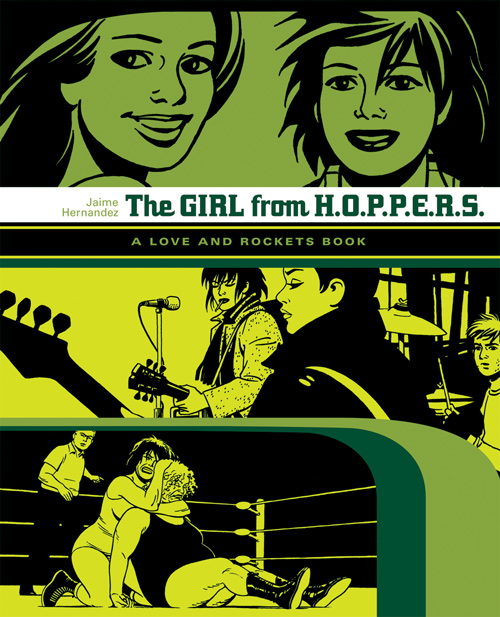 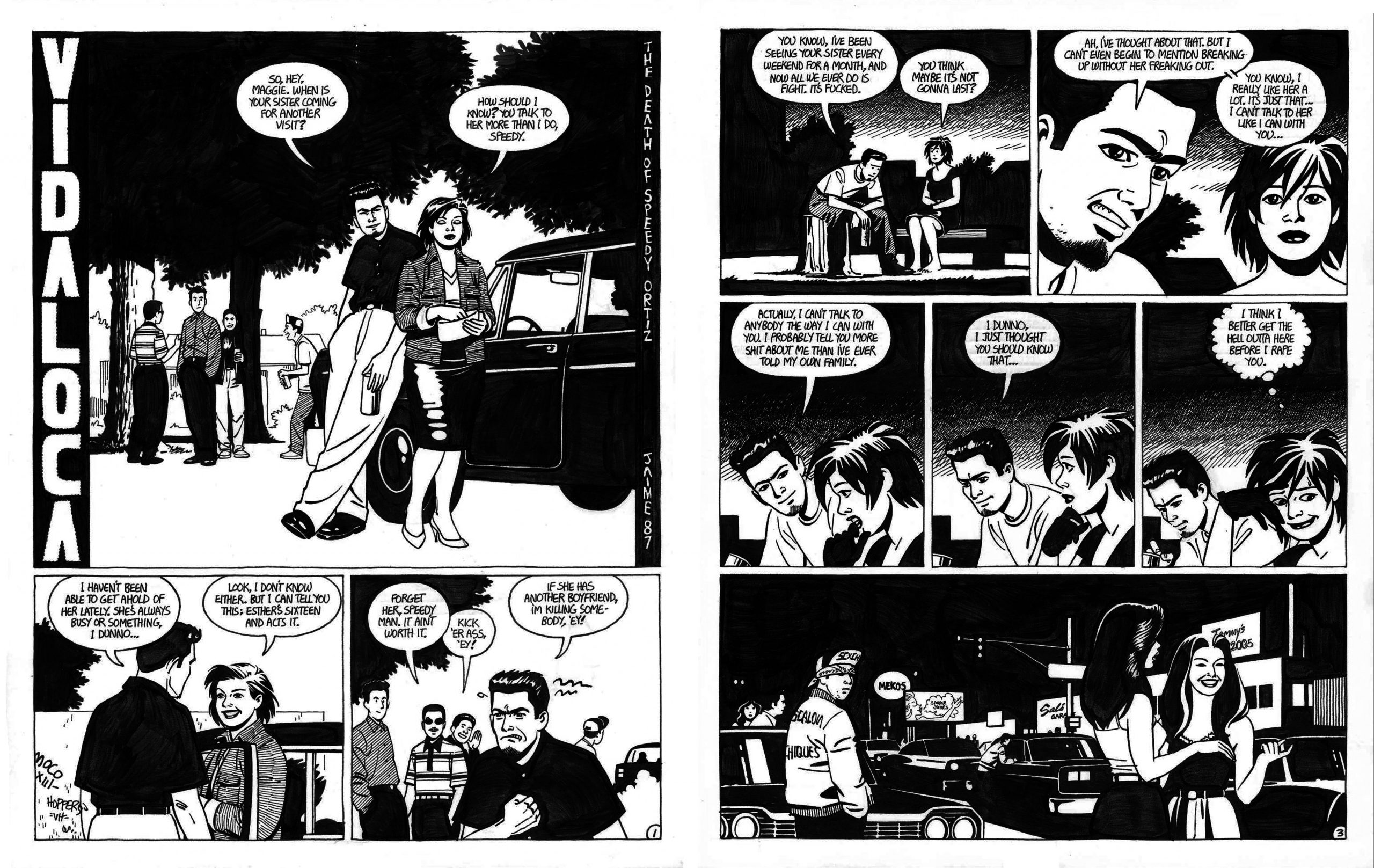 The Girl from H.O.P.P.E.R.S. is the second volume of stories by Jaime Hernandez that originally appeared in Love and Rockets, and this comprehensive collection includes all short stories omitted from the hardcover Locas. The science fiction and superhero elements that gave Love and Rockets its name are disappearing bit by bit. There is still plenty of weirdness and action in the form of wrestling, starring Rena Titanon, supernatural visions and strange visitations, but it’s a less obviously genre-led kind of vibe that settles over the stories from now on. Maggie gives up her dream of becoming a famous pro-solar mechanic and stays put in the unglamorous Mexican-American world of Hoppers.

The stories in this volume make up for the lack of robots, aliens and rocket ships with an increase in emotional intensity that’s compelling to read. Maggie lives in the middle of a web of very complicated relationships. Her friends are spread over different neighbourhoods, her sister wants to date someone in the wrong part of town, she doesn’t know what she wants to do with her life or how to figure it out. The narratives spinning out of these situations come to the first of many peaks in The Death of Speedy. The title doesn’t lie – a tragedy of Shakespearian proportions unfolds as one bad deed leads to another, people are in the wrong place at the wrong time, and Maggie’s friend and sometime crush Speedy Ortiz makes a terrible choice. You really want the outcome to be different but you know there’s no way it can be. The inevitable conclusion hits like the proverbial ton of bricks.

Things lighten up after that as Maggie goes on tour with her wresting aunt Vicki Glori and Hopey hangs out in a mansion with Penny who is still obsessed with becoming a superhero. The large amounts of time that Ray and Doyle are spending at Bumpers, a local bar and strip joint, make Ray’s undefined relationship with Maggie even less sure when a new woman called Danita enters the picture. But the last story in this volume, ‘Flies on the Ceiling’ is another harrowing experience as Isobel Reubens goes to Mexico and either has a mental breakdown or a supernatural encounter – either way it’s tough stuff. Is she going to be able to bounce back?

Hernandez draws these characters with a commanding, absolutely assured and beautiful touch. His style gets more elegantly classical as the book goes on and his compositions in black and white ink manage to be more lushly composed and beautifully modulated than most artists can manage with full colour. He’s a master of his craft and it’s a delight to look at this collection of 280 pages of comics, sharply printed on good quality paper. With all of Hernandez’ stories from the middle years of Love and Rockets in one volume it’s great value and the ideal way for new readers to enter Maggie’s universe. These stories and those in the books that follow, Perla la Loca and Penny Century are some of the very best work to come out of the USA in the last thirty years. Essential reading doesn’t get any more essential than this.