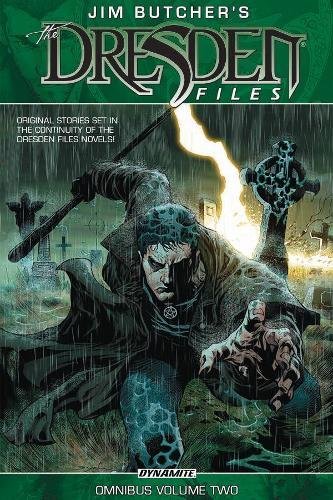 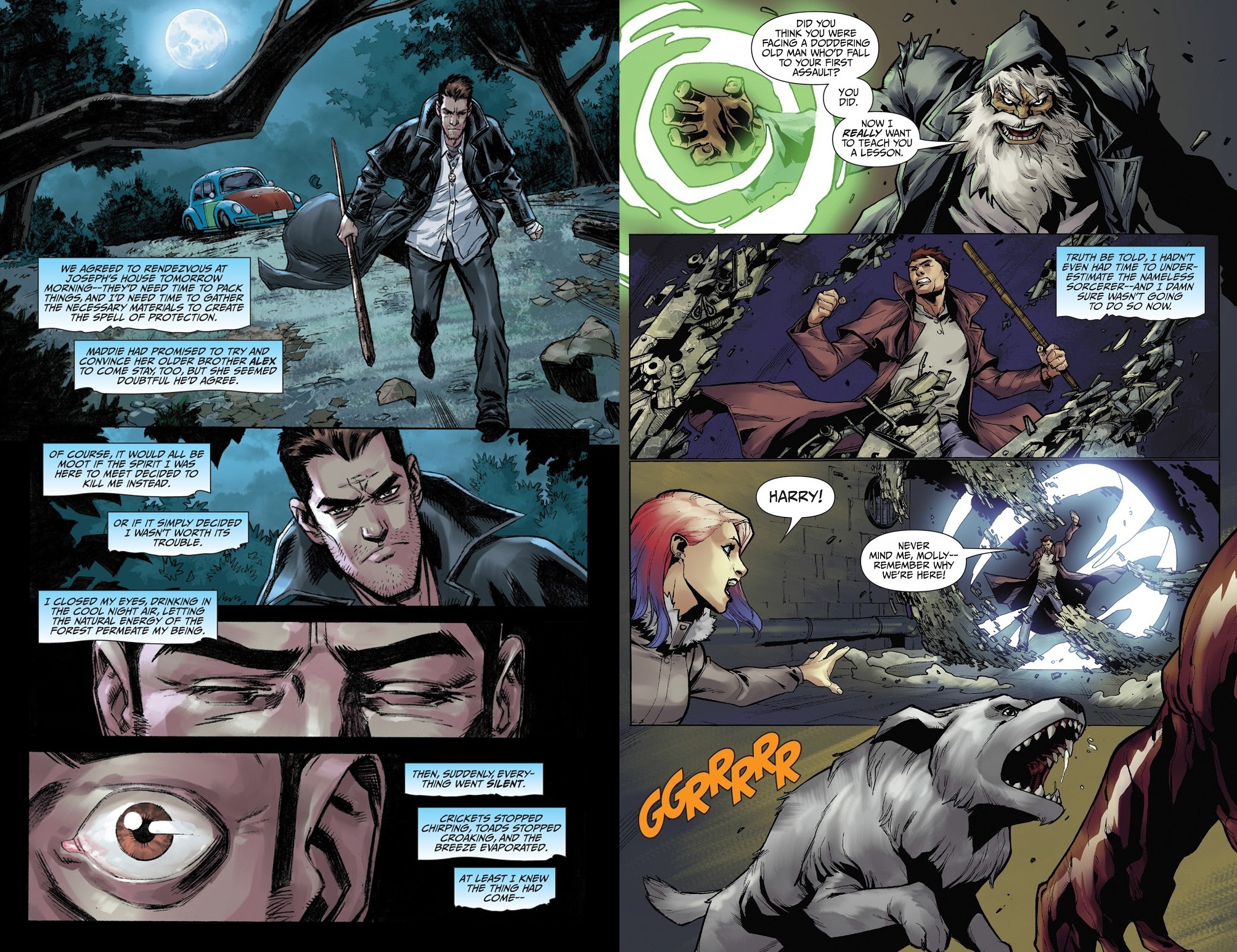 This selection is a far better representation of Chicago’s detective wizard than the material presented in the first Omnibus. Dresden’s creator Jim Butcher and co-writer Mark Powers have settled on original stories, continuity implants in preference to adaptations, they feature supernatural creations not mentioned in the novels, and the art is far better. An aspect that may puzzle any new readers is how much changes between tales. That’s because they each occur at a different point in Dresden’s continuity. His concerns progress and his friends and enemies increase the more he discovers about the supernatural world. This makes for an appealing variety over the three stories, originally only available in hardcover as Ghoul Goblin, War Cry and Down Town.

Ghoul Goblin takes place immediately after the content of the first Omnibus, with Dresden investigating a cursed family in a small Michigan town. An amusing scene of righteous come-uppance turns to tragedy over generations as Dresden has to cope with the two very dangerous creatures of the title, while facing suspicion and hostility from some he’s trying to protect. Others are friendlier and equally in danger, and that provides the tension. Artist Joseph Cooper is a big step up from previous illustrators, giving the cast some depth, and able to convey the emotional undercurrent.

Carlos Gomez illustrates the other two pieces, very different in style. One begins as a siege against overwhelming odds to protect the unmentionable, and the other concerns a mad wizard in Chicago and his almost unstoppable agent. Gomez has a neat European style, verging on cartooning, but very tidy with great storytelling skills, and capable of bringing a neat touch to anything asked of him. It’s War Cry that’s the better of the two, building the tension well as Dresden appears to be out of his depth, and the solution may be worse than the problem. This occurs several years after the previous story, accounting for the change in Dresden’s stature, although anyone reading this without knowing the novels is going to find the mid-point rescue convenient, while fans will applaud the bravado.

Down Town is weaker because although the menace is new, the story relies a little too much on things we’ve seen happen before, most disappointingly the conclusion having a similarity to the events of War Cry. There’s a good and surprising role for Chicago gangster Johnny Marcone, who’s come a fair way since the first Omnibus, and Molly Carpenter is seen for the first time in the graphic novels.

Two further hardcover Dresden Files graphic novels have been issued, but it’s been a long gap since the last, and as it’s been even longer without a new Dresden Files novel it could be that Wild Card and Dog Men won’t be collected in paperback Omnibus form.