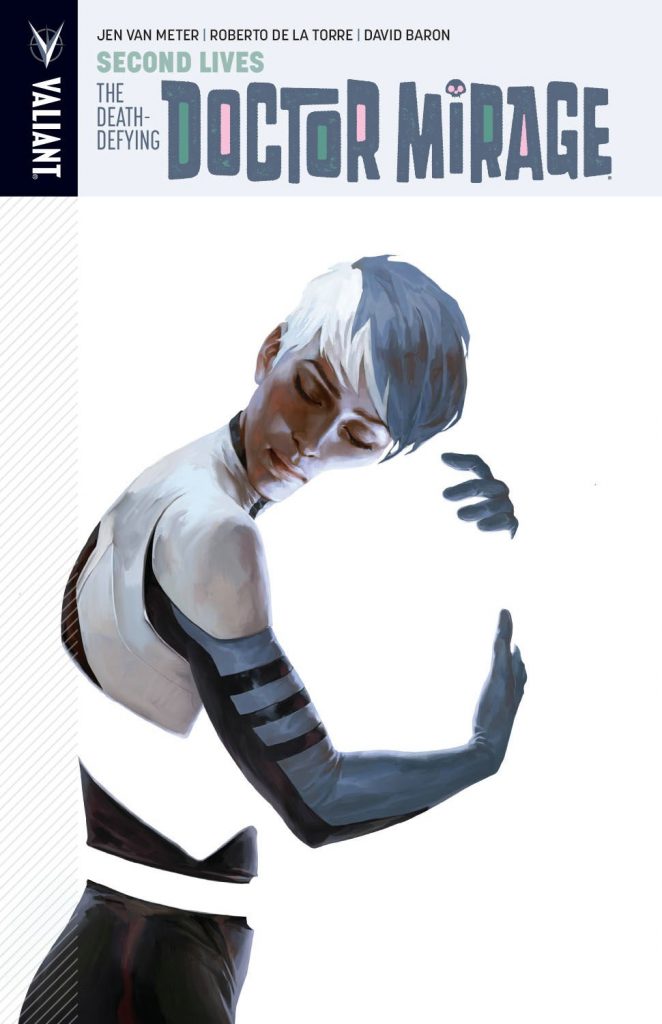 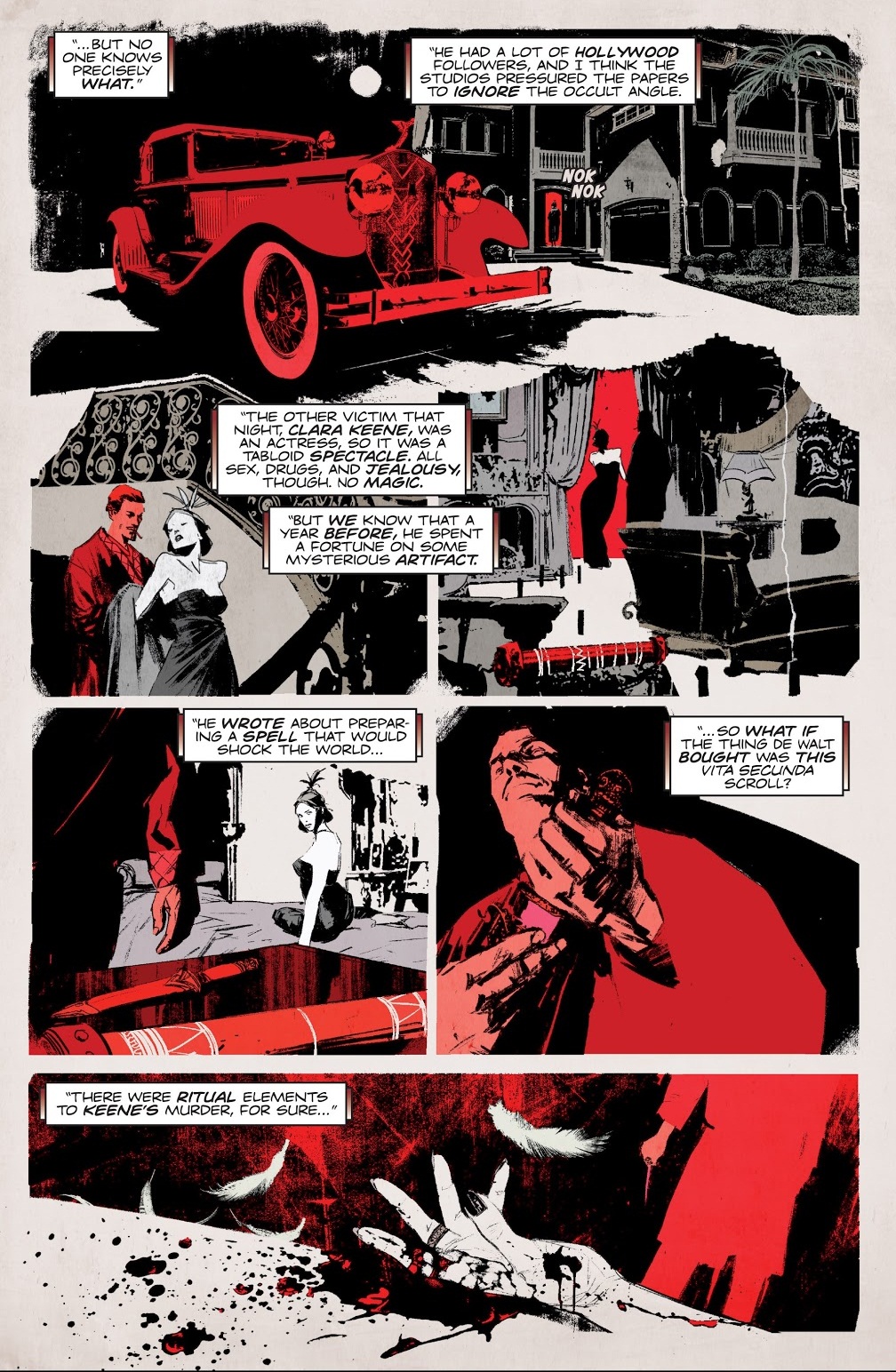 By any creative terms the first volume of The Death-Defying Doctor Mirage was a success. Roberto De La Torre’s linework and David Baron’s colouring enhanced Jen Van Meter’s engaging spotlight on a woman so dedicated she’d travel beyond the mortal veil to retrieve her dead husband. The plot was well constructed and held the attention, the characters worked, and it looked great. A sequel was a no-brainer, but was the formula repeatable?

Having retrieved her husband’s ghost from the far side, Shan’s next problem is how to restore his body. Doing this however, requires use of a magical spells collected in a scrolls commissioned by Caligula, and its previous use may have corrupted them. That’s the starting point. From there Jen Van Meter takes the cast along a very different path from her first volume. That was out and out horror in another dimension, this is a form of mystical procedural mystery, one clue leading to the next, with a tension maintained by the presence of a vengeful evil spirit.

The art combination of De La Torre’s illustration and Baron’s colours works as beautifully as before, the linework channelling old greats much the way Shan can channel ghosts. Again, Alberto Breccia is an influence, specifically his Mort Cinder series, also featuring a connoisseur of arcane artefacts, but later in the story you’d swear Gene Colan was responsible for some panels. An almost perpetually dark atmosphere is created by De La Torre’s lavish use of black ink and scratchy shading, and it’s a fine match for the plot.

Contrast to the sorcerous aspects is provided by Shan’s agent Leo, desperate to revive the TV show she and her husband once hosted. This is nicely played out, trivial in comparison to the ongoing threat, but serving a purpose that may seem predictable, with Van Meter a step ahead of premature readers. Her pacing’s also first rate, a consistent progress from chapter to chapter, and there’s an early and surprising introduction for someone from the previous story whose narrative usefulness appeared to have ended. The way they’re weaved in is logical, Van Meter anticipates illogical plot aspects and provides explanations, and the work she put in establishing the cast in the first book pays off here as well. The final couple of pages aren’t great, but the rest of Second Lives works just fine.

For individual readers Second Lives probably stands or falls on expectation and an open mind. Read this in isolation, and you can, then it’s a cracking supernatural mystery, different enough to avoid comparisons with better known mystical characters. Expect the same type of story as the first Death-Defying Doctor Mirage with its demons and desperation and you could be disappointed.

Alternatively both are combined in oversized hardcover as The Death-Defying Doctor Mirage Deluxe Edition, featuring the same clever cover as this graphic novel.