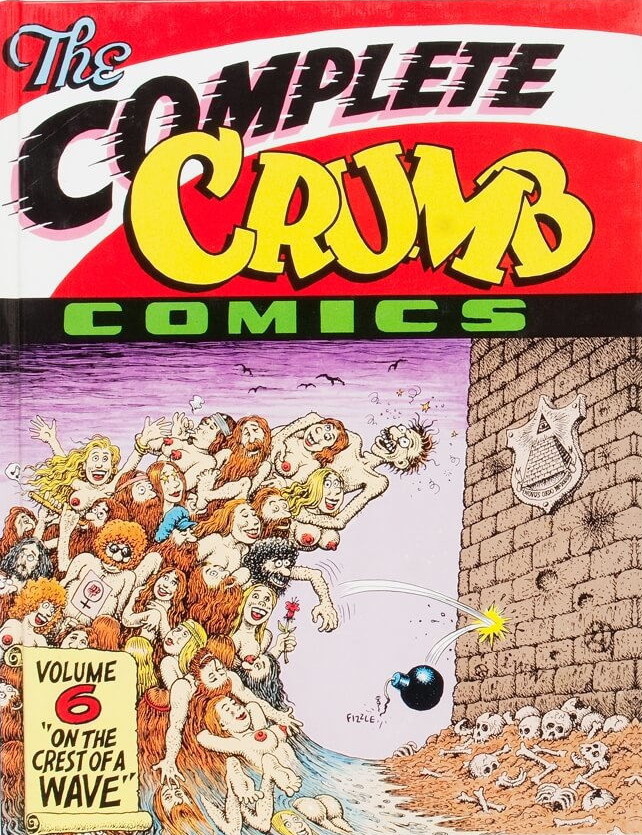 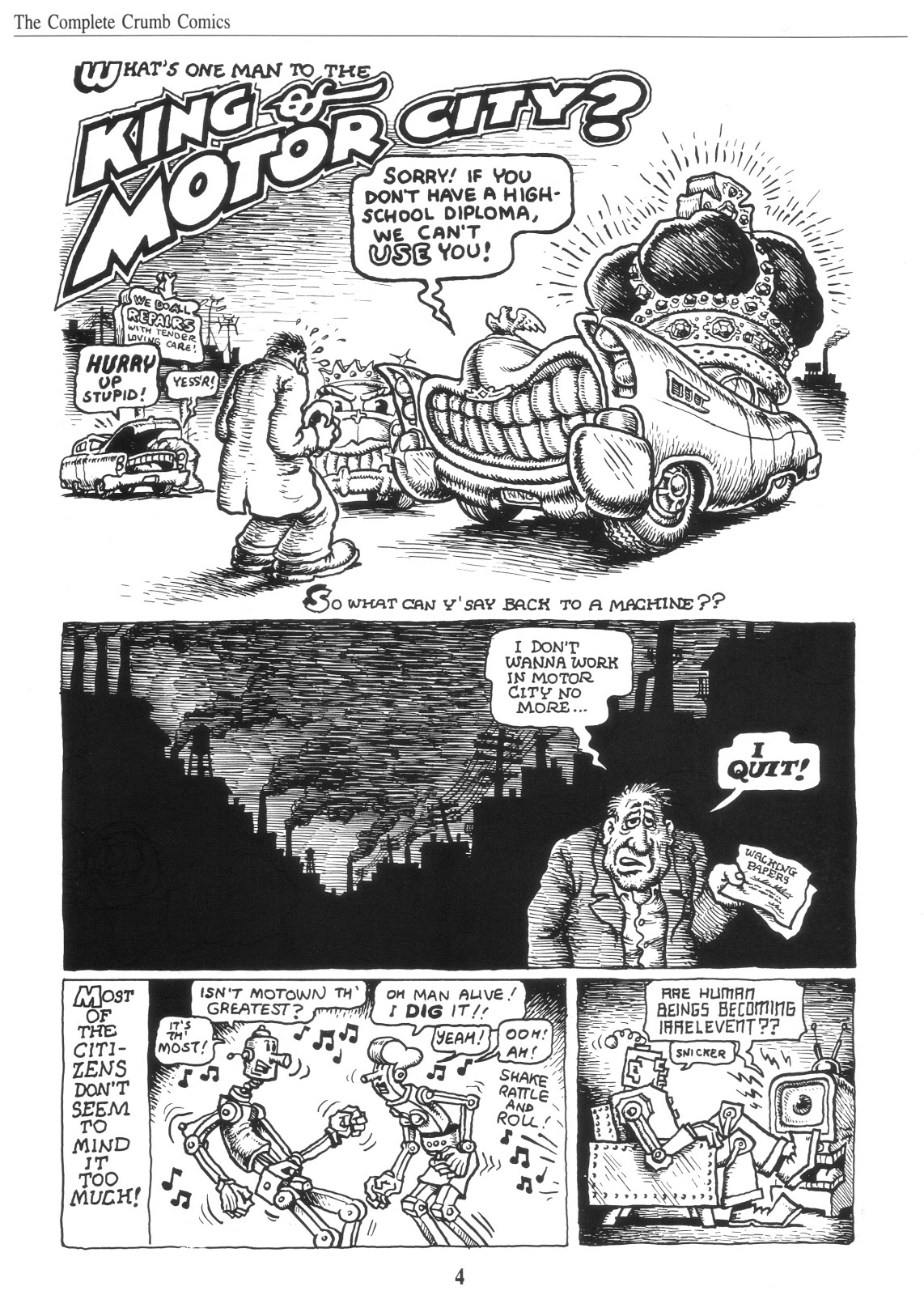 The Complete Crumb Comics Vol 6 presents the work of Robert Crumb in as close to chronological order as anyone can remember it appearing, Underground comix not being known for their regularity of printing and Underground artists and writers not being known for their clear memories of the 1960s. Covering less than a year, it’s a rich period in which Crumb is obviously in demand. The colour section features covers for a variety of titles to which he contributed including Zap, Big Ass Comics, Gothic Blimp Works and Motor City Comix (sample art). Whereas a year or two before Crumb was mostly drawing for a couple of titles, now his work was appearing in a broader range of titles including the Village Voice and Snatch.

During this heyday of Underground publishing Crumb was contributing regular strips about recurring characters like the feminist satire ‘Lenore Goldberg and her Girl Commandoes’, while still turning out a plethora of new characters in short strips. Notably there are fewer long stories (apart from ‘Lenore Goldberg…’), and lots more posters and single pagers. In some cases this works to his benefit as weak ideas are over with quickly, and good ones are refined and condensed to shorter strip lengths. It was in Zap that Crumb particularly continued to push the boundaries with strips like ‘Horny Harriet’ and ‘Joe Blow’, featuring underage sex and incest, the stories and sexual imagery contrasting with the clean lined drawings of all-American family life.

Over the 1960s Robert Crumb evolved from the darling of the Underground comix scene to one of the most recognisable stylists (despite working with multiple styles) and best satirical artists in America. By this stage of his artistic career he could already pick and choose between techniques. He reverts to some of the ragged, fine-lined styles of his earlier work, developing a more ‘wholesome’ version of his big butt and boots signature style to use ironically. He ventures into Herriman territory with ‘Stickman Funnies’ and creating very simplistic visual styles with the very direct storytelling of children’s storybooks to parodic effect for certain stories such as ‘O-So-Kleen Comics’.

While there is a great deal of technique on show, there is a sense that a little of the heart had gone out of his storytelling and that he was searching for some new characters and structures. There is just one strip here where the author addresses the audience directly, and to great effect, something Crumb would build on in later works, but generally this volume consists of druggy Crumb craziness which is very fine, but not completely satisfying if you’re familiar with some of his later work.