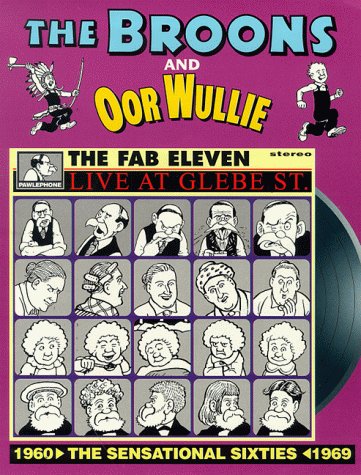 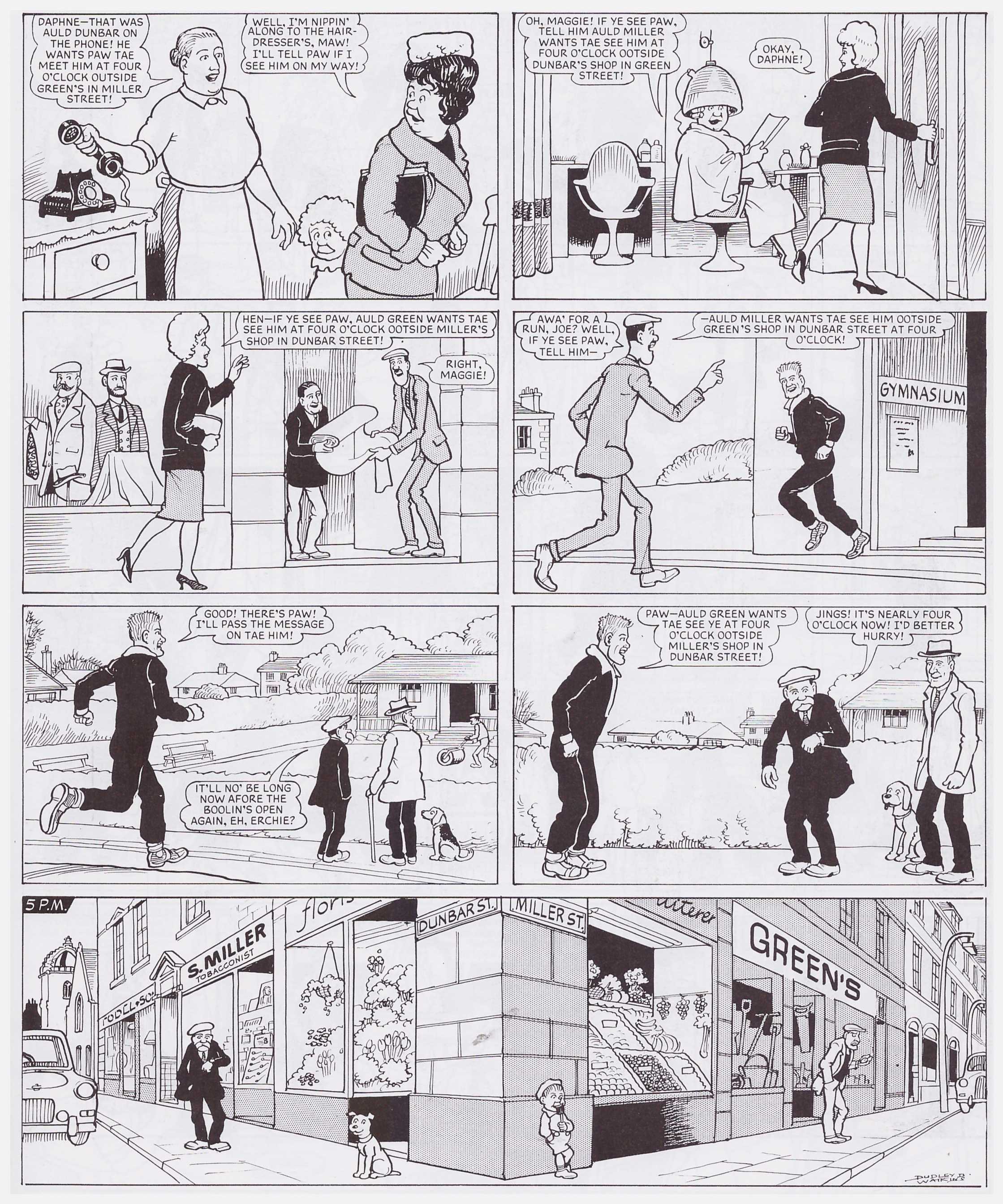 The social upheaval that swept Britain in the 1960s is refreshingly absent from the timeless genial comedy of The Broons and Oor Wullie, Scotland’s premier comic strips. The exceptions are the cleverly crafted cover produced in 1999, pastiching the album cover of A Hard Day’s Night, a strip about mini skirts and another about haircuts, and the headlines reprinted from the Sunday Post, in which the strips originally appeared.

As this is the first selection of 1960s material its slightly better than the later 1960s Revisited, the half dozen strips from every year being the cream of the crop, but the anonymous writers are coasting with a few scripts, ranking this marginally behind the best 1950s collection.

Artist Dudley D. Watkins can never be accused of coasting. He produced a page of each strip every week along with a considerable number of additional pages for children’s comics, and every panel is packed with action. It’s a rare strip where Watkins isn’t illustrating full figures throughout, and he frequently fits all eleven members of the Broons into a single panel, yet while his cartooning has a polished kinetic approach, these panels are never cramped. Despite this prodigious work ethic it seems Watkins did occasionally blow a deadline as one Oor Wullie strip appears reprinted from an earlier era, the artistic approach consistent with his 1940s pages. The writers also slipped up, shifting Wullie’s mother’s birthday from May to January by 1969.

The book features a biography of Watkins, and the previously unseen art mentioned on the dust jacket blurb is a little misleading, as it’s pencil roughs, few of which will have ever been seen. It appears Watkins somehow laid out the wrong Oor Wullie strip one week in 1966, repeating a 1963 strip, which is provided for comparison purposes. The book also reprints what are presumably Watkins’ final pages on each strip, published four days after his sad premature death in 1969.

A different approach is taken for each strip, although this isn’t universally applied. The Broons will generally feature in a compact comedic drama concluding in a final panel gag payoff, while Oor Wullie is more generally a series of gags strung together around a theme such as the comparison of sand and snow, or never telling a lie. They’re all well-crafted, rarely failing to raise a smile, and are often laugh out loud.

Despite being deliberately parochial and emphasising the Dundonian Scottish dialect, everything is easily understood in context. Second hand copies of these reprint collections are ridiculously cheap for a hardcover, dust-jacketed book, and any true aficionado of great cartooning owes it to themselves to have at least one on the shelf.