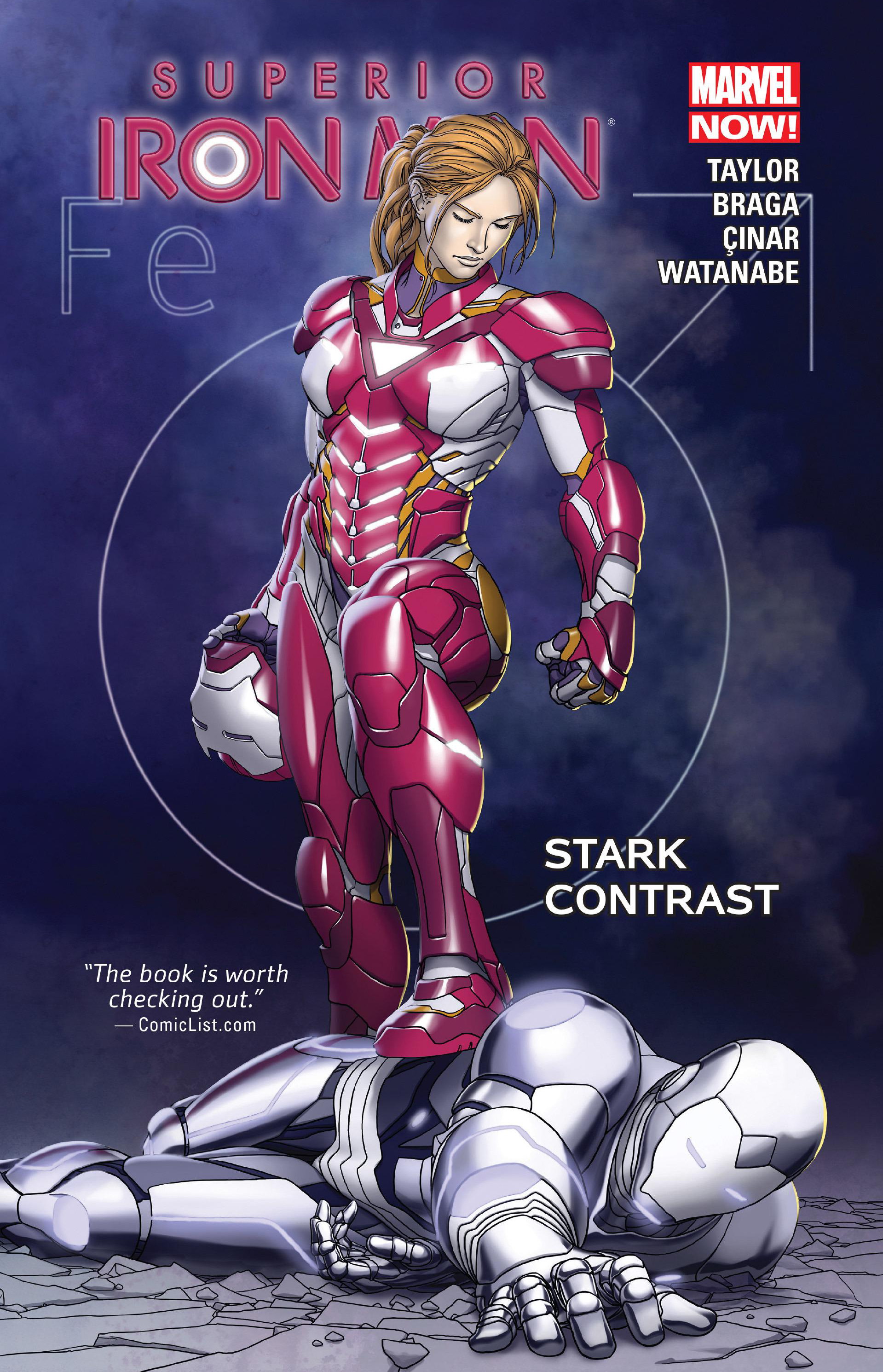 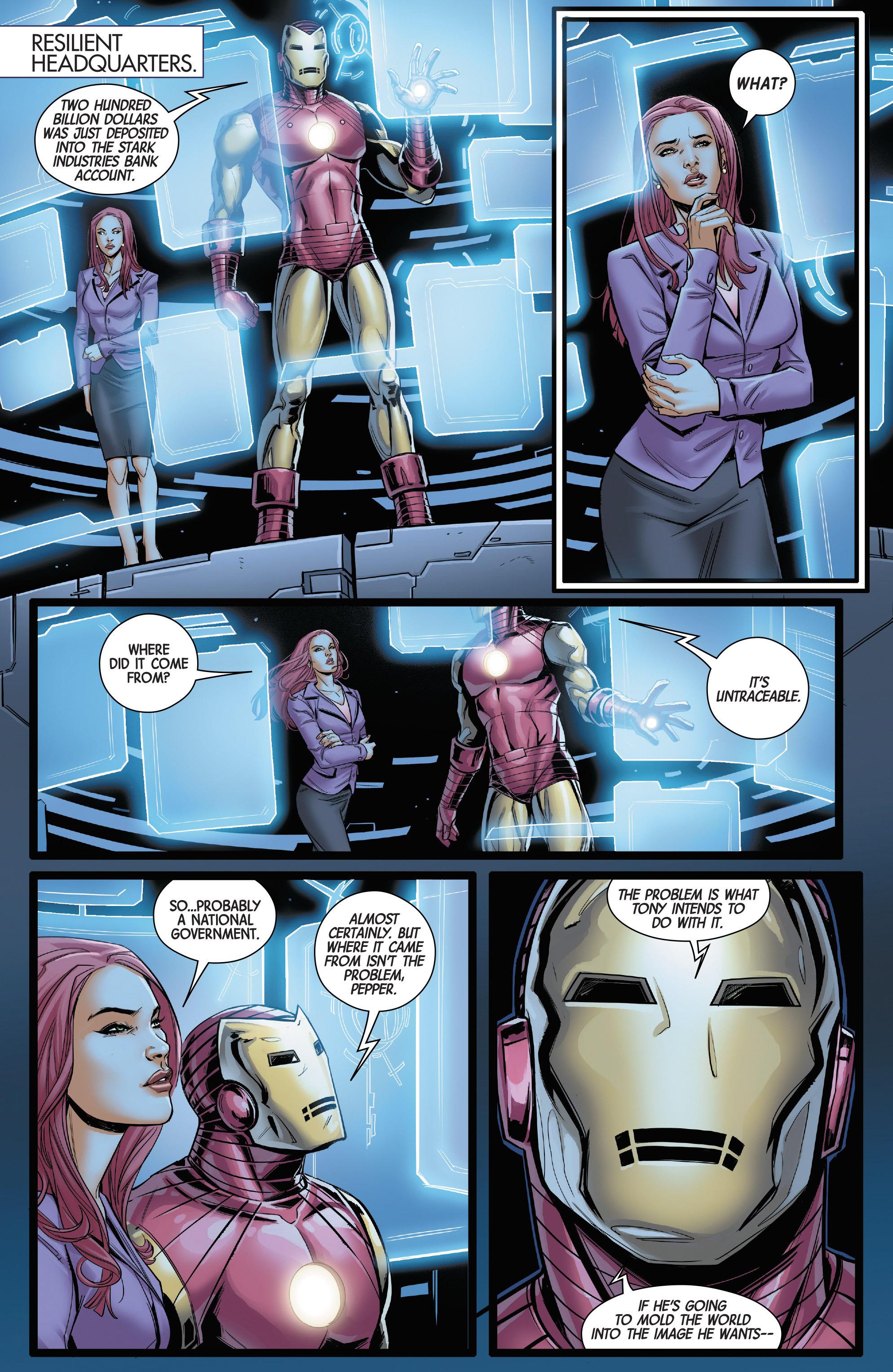 Infamous presented a different Tony Stark, one bereft of moral shackles and with an agenda of doing things his way, a path that proved shocking, thrilling and unpredictable. Those expecting more of the same in this conclusion to the series… Well, let’s just say the title is apt.

It’s still Tom Taylor setting the direction, but we’re presented with quite the hodge-podge of artists. Yildiray Cinar, responsible for most of the last book, only manages a chapter and a half here, the same total accrued by Felipe Watanabe. Laura Braga (sample page), seen within Infamous, returns for the opening chapter. While there’s no shoddy art, it’s Cinar who’s the standout with a more developed sense of what constitutes an exciting page layout.

The opening chapter has the Stark we’ve come to fear, making jaw-droppingly ethically reprehensible decisions, and it’s fun. In the first instance the focus shifts between Tony Stark and Pepper Potts, who’s accompanied by an earlier version of Iron Man and they’re scanning what Stark is up to. This was introduced in Infamous, and once beyond the opening chapter we discover exactly who that Iron Man is. It leads to the present day Tony Stark in his morphing silver suit with all the 21st century technology at his disposal facing off against assorted earlier versions of Iron Man’s armour. It’s not as interesting as it might have been, consisting of a philosophical discussion and some overwrought superheroics.

Stark Contrast reads as if Taylor plotted for the long term, only to discover his series would be curtailed prematurely as every Marvel character returned to the mixing pot in Secret Wars. The final couple of chapters are professional enough, but lack the spark of the earlier material, and they hardly mop up what’s been set in motion.

The current greed machine that is Marvel appears to have had some pang of conscience about charging $20 for four chapters, ie 25% more than the combined price of the individual comics. We’re therefore treated to a reprint of an early 1980s issue by Denny O’Neil and Luke McDonnell. It’s Stark at the height of his alcohol dependency, living on the street in the middle of winter. The surprise is that until the midway point it still holds up relatively well if you’re interested in a human story with little Iron Man. It’s extremely downbeat, but true to life and should give us all pause for thought. The quality isn’t sustained as the story descends into some obvious moralising, but it was a brave effort in portraying the true depths of alcohol dependency. 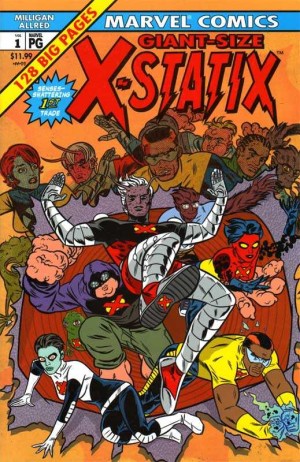