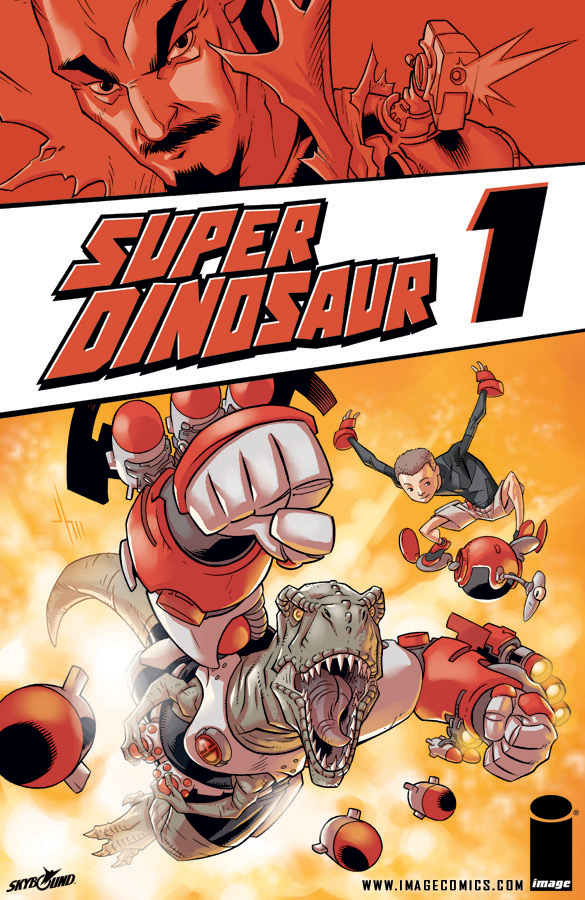 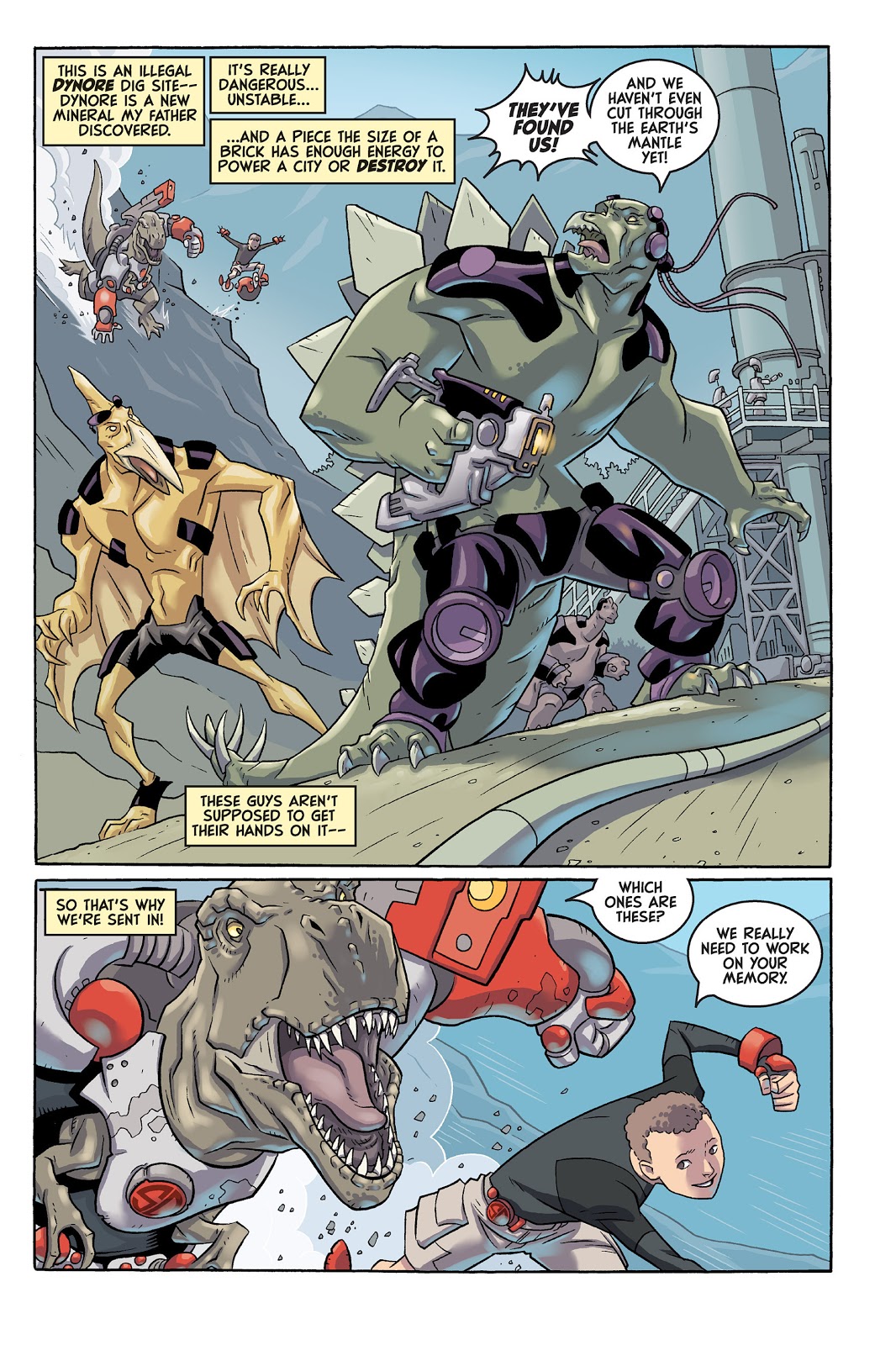 If there’s a template required for how to pitch for an animated TV show in comic form, Super Dinosaur provides it, with the bonus of toys and accessories already designed as well. Despite the contrived nature, though, this well-conceived title should appeal to pre-teen boys. Promoting the series as ‘All Ages’ is perhaps optimistic, as the simplicity of the plots doesn’t greatly stretch the imagination, which is odd for a Robert Kirkman written title. Jason Howard provides the art, as he did on Kirkman’s Amazing Wolf-Man, in a polished animation style, accentuated by the flat colouring.

Years before the series picks up Doc Dynamo and his partner Max Maximus discovered a tropical zone within the Earth where dinosaurs still lived. Taking an egg back with him, Maximus applied some genetic tinkering to create the intelligent Super Dinosaur, intended as the first of an army with which Maximus intended to conquer the world. That’s still his plan, but he’s now opposed by his creation, primarily in the company of Derek Dynamo, Doc’s ten year old son. Also a genius level intelligence, among the devices Derek has created are robotic arms permitting Super Dinosaur far greater reach and dexterity, and Wheels, a robot that transforms into assorted forms of transportation. Since an explosion when Doc and Maximus fell out, Derek has to compensate for his father’s failing concentration span.

Shortly into the series mechanics Bruce and Sarah Kingston arrive at the remote Dynamo laboratories to supply technical support. Accompanied by their teenage daughters, Erin is optimistic and friendly, but the sullen Erica resents her remote new location. Complicating matters further are Tricerachops, an intelligent dinosaur with no allegiance, assorted dino-men bent on world conquest, either with or without the help of Maximus, and the mysterious Exile.

“Saving The World Has Never Been This Awesome” reads the back cover tagline, and if you’re a ten year old boy it may live up to the hype. The thrills continue in volume 2. 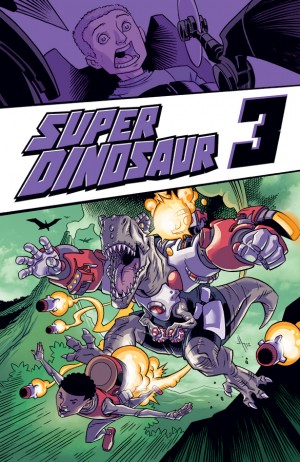