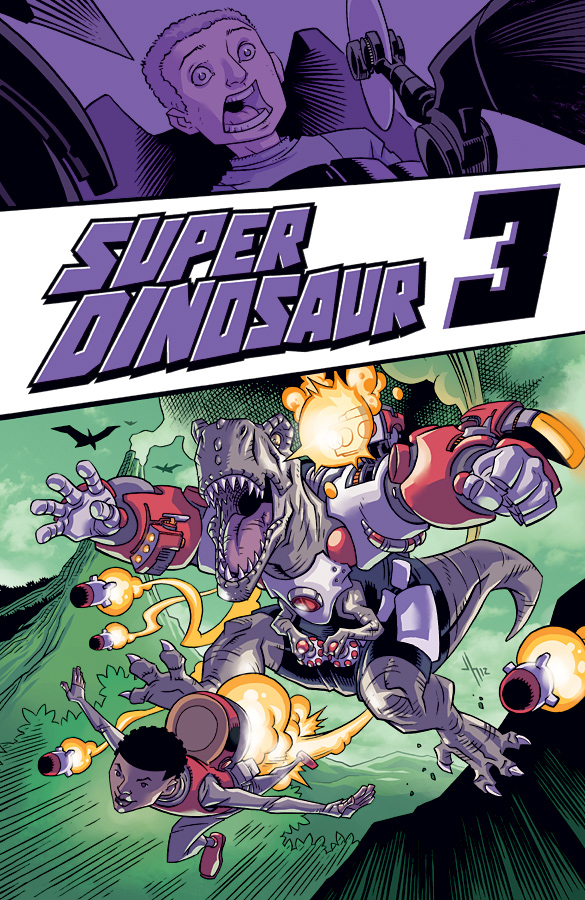 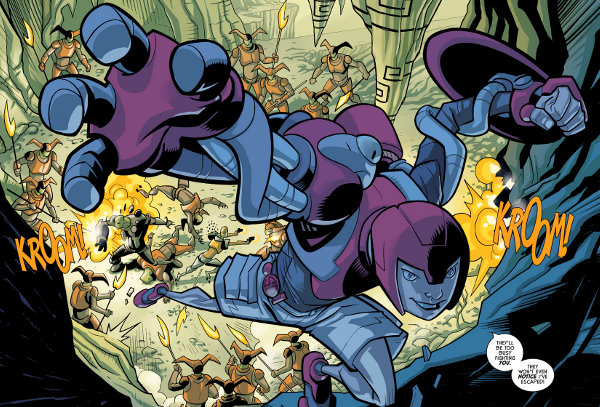 Volume 3 opens with Derek in the company of Exile, about whom further secrets are revealed. Meanwhile Super Dinosaur, Erica and Erin, having deduced where Derek is located set off on a rescue mission. The events of the previous volume have left Doc Dynamo out of action. A new underground society is introduced, even further underground than the subterranean dinosaur civilisation, and they’re both advanced and dangerous

For much of this volume writer Robert Kirkman alternates between Derek and the team searching for him, each allocated two pages. For all that he’s a genius, Derek reacts with the wide-eyed wonder and exuberance that any child would given the opportunities he’s afforded, and there’s not a moment’s doubt that if Earthcore announces a mission to the moon, then Derek and Super-Dinosaur will be Luna-bound.

The reason for the Moon mission turns out to be a Montague and Capulet situation with the offspring of the two alien races housed there. That’s the type of scenario cropping up regularly in Derek’s life, and he accepts it along with the readers.

Jason Howard delivers his usual top notch cartooning, now regularly inked by Cliff Rathburn, and it’s time to recognise Howard’s skill with the palette as well. As befits a series aimed at youngsters, he’s heavy on bright primary colours, but also excellent at shifting the mood by shades of colour. It’s particularly apparent in this volume, which is more plot-driven than its predecessors.

The revelations from the previous volume come home to roost by the end, setting up another rescue mission for volume 4. 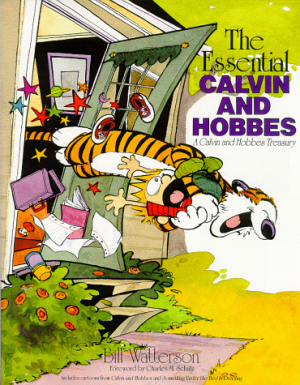