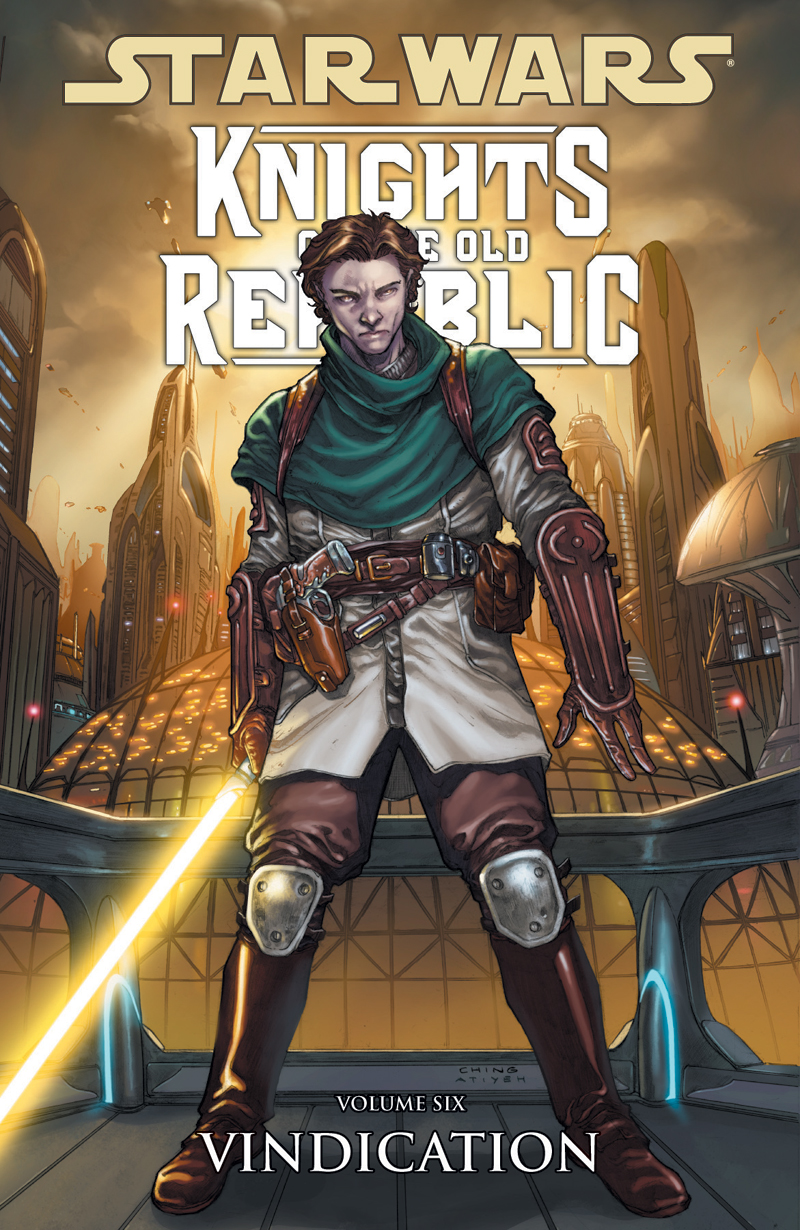 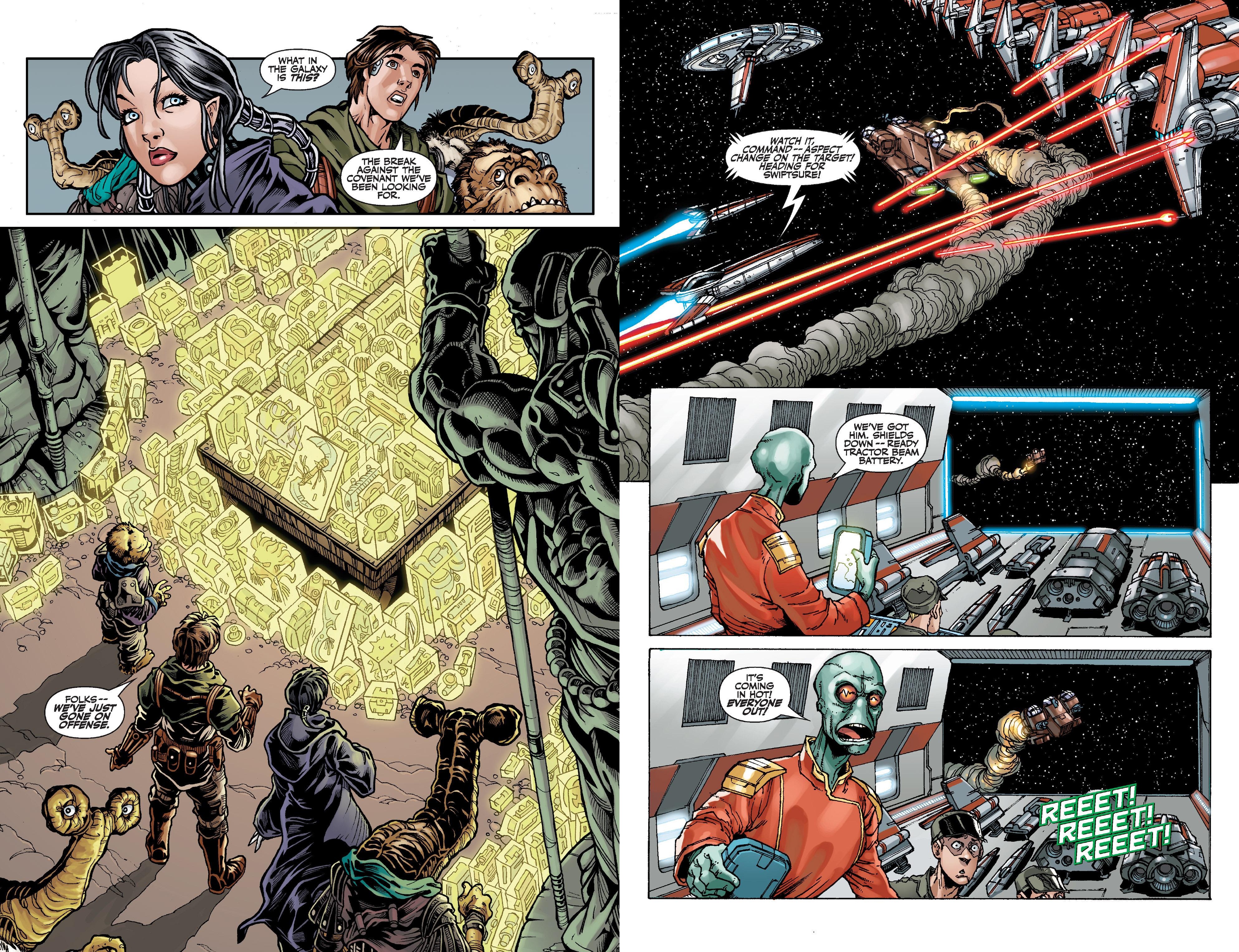 No, there is no volume five, and taking its place was the Knights of the Old Republic portion of the Vector crossover in volume one of that. It’s possible to skip that should you choose, and be brought up to speed here, but the creators involved with Vector all used it to a greater or lesser extent to progress their ongoing plots. In the case of Zayne Carrick, he’s been provided with evidence that could absolve him of the false charge of killing his fellow Jedi trainees. It’s in the form of Sith artefacts gathered by the renegade Jedi alliance calling themselves the Covenant, but is stored on Odryn, and guarded by feared Feeorian warriors whose leader is part of the Covenant.

At its essence, Vindiction is spurred by the same plot that sent Civil War II sprawling all over Marvel in 2106, but nicely contained. The Covenant have been acting on visions of the future they believe to be absolute truth, that one of their trainees on Talis would become a threat to galactic order and the Jedis themselves. Their extreme solution was to kill the trainees, with only Zayne escaping, and on the basis of those visions they now consider him to be the threat despite his proving again and again that he’s on the side of the angels. More so than the Republic’s war against the Mandalorians, this horrible twisting of good intentions has formed the background to Knights of the Old Republic, and in Lucius Draay, chief among the Covenant, John Jackson Miller has created a complex villain, unable to see that’s what he is. He’s also been clever with the prediction causing a schism, and how its prophecies seem very appropriate, but not as interpreted by the Covenant.

After his contribution to Daze of Hate, Knights of Suffering, learning Bong Dazo draws the first chapters of Vindication may not be welcome, but this is art of a different class. Either Dazo was monumentally rushed before or he’s come on immensely, as this is good storytelling with some great action scenes. Alan Robinson and Brian Ching alternate on the final four episodes. Ching has already distinguished himself, being the first to work on the series, and does so again, and Robinson’s a promising addition to the artistic roster. He tends more to cartooning, which hasn’t worked well, clashing with Dustin Weaver’s realism especially, but Weaver’s contributions to the series have ended, and alongside Dazo and Ching, Robinson’s work doesn’t seem out of place.

The problem of the prophecies and their exact meaning is spectacularly resolved in Vindication, Miller throwing in some great twists reinterpreting much of what we’ve seen in previous volumes as he concludes the plots running since the start of the series. It’s unlikely anyone who’s followed Knights of the Old Republic will be disappointed, and new adventures begin in Duelling Ambitions. This can also be found along with Vector and the previous collection as volume two of Star Wars Legends: The Old Republic. 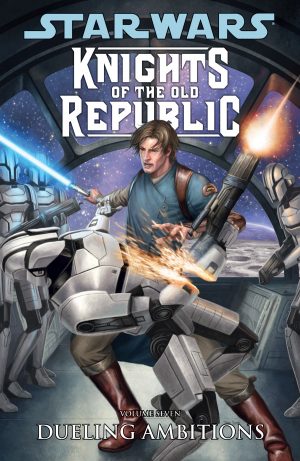 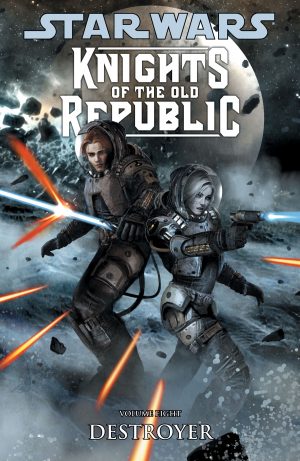 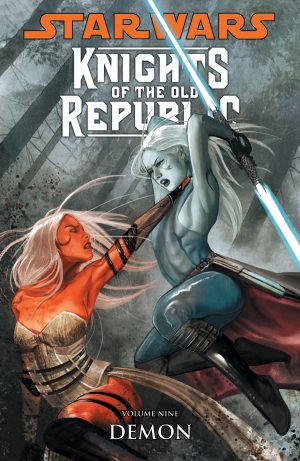 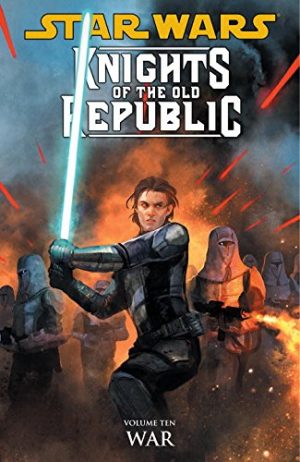