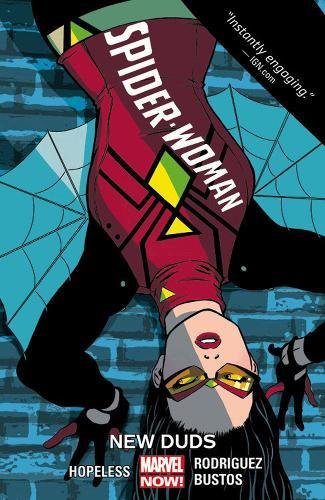 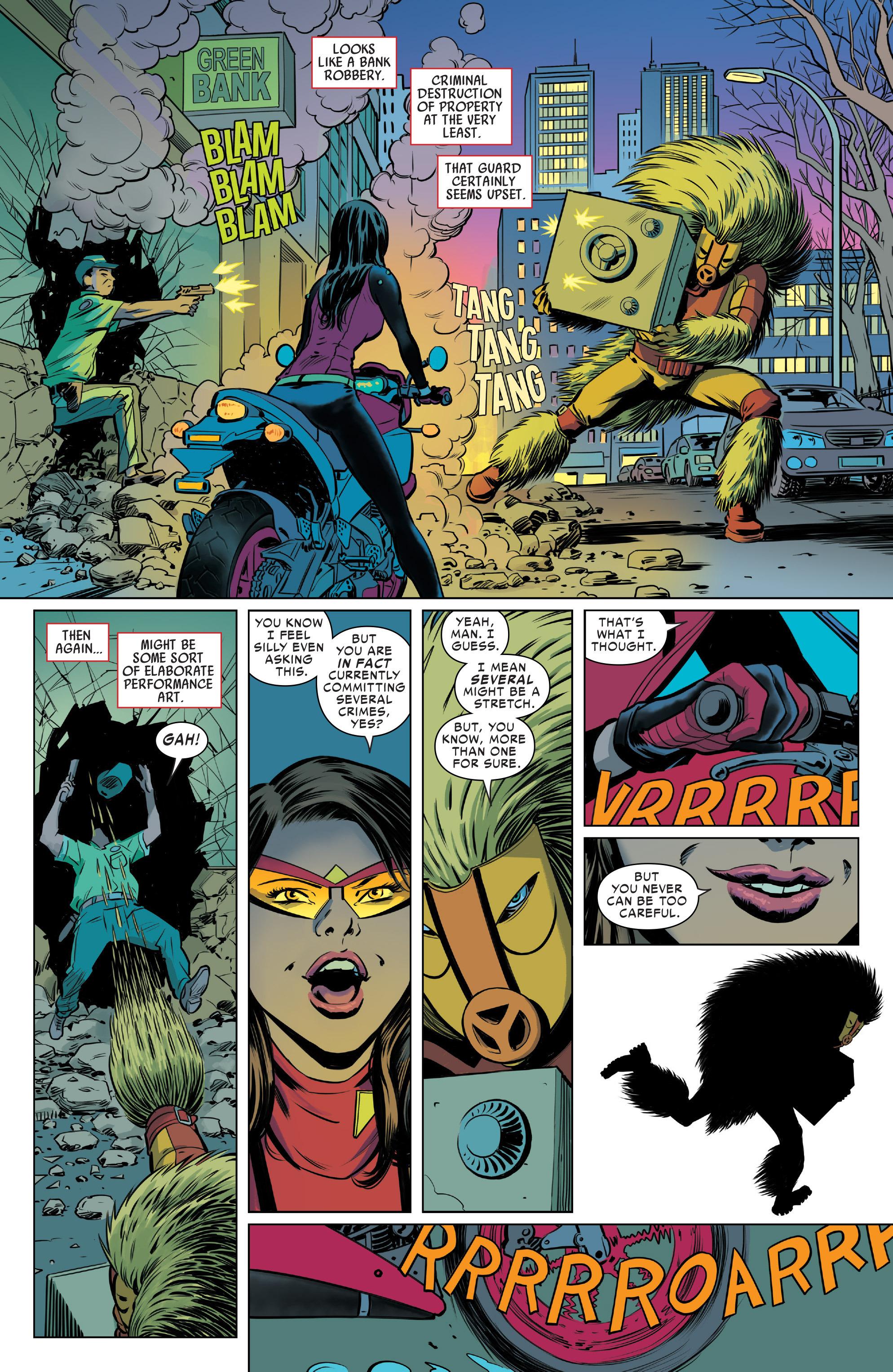 Having re-booted the Spider-Woman series in the middle of a confusing crossover in Spider-Verse, Dennis Hopeless has greater control over New Duds, which is a definite plus. So is a modified costume, modelled on the cover, and an excellent new artist in Javier Rodriguez who moves the look away from traditional figurative action art into the atmospheric cartooning so popular at Marvel since 2010. There’s also a new direction as Hopeless emphasises that throughout her career Spider-Woman’s always worked for someone else, and she’d like to try making her own decisions for a change. That’s not been going too well. Ben Urich, an old fashioned newspaper reporter, considers she just needs a little direction

Hopeless has already established that Jessica Drew has her snarky and uncaring side. It manifests again, and when even third rate supervillains consider her “a leather jacket has-been who talks with her mouth full” perhaps there’s a problem she’s not acknowledging. Hopeless has a light touch with the dialogue, which is comedic clever, but not in a way that’s too clever for people who’re supposed be in the real world. The comedy aspect is helped by an infusion of Marvel’s more ridiculous or incompetent villains, who have a collective problem.

Rodriguez is a fantastic artist who has an individual way of laying out a page. He’s helped by both the instant visual appeal of Spider-Woman now using a motorcycle to get around, and that he’s colouring the art himself. He’s not shy of bright colours, but when Muntsa Vincente handles the colouring on a few chapters it’s nowhere near as distinctive. That can’t be said about the art of Natacha Bustos, which is also very good cartooning.

By the time she’s aboard for the final chapter, however, control has once again been pulled away from Hopeless who has to tie things up quick so Marvel could shove Spider-Woman into Secret Wars. She emerges changed in Easy Baby. The title story occupying four of the six chapters is very good, hitting the right tone between comedy and action, and providing plenty of surprises along the way. The concluding two episodes have a few good moments, but the plot isn’t very inspired when compared to what came before. Still, Hopeless and Rodriguez make a good team, and this is a better read than Spider-Verse.