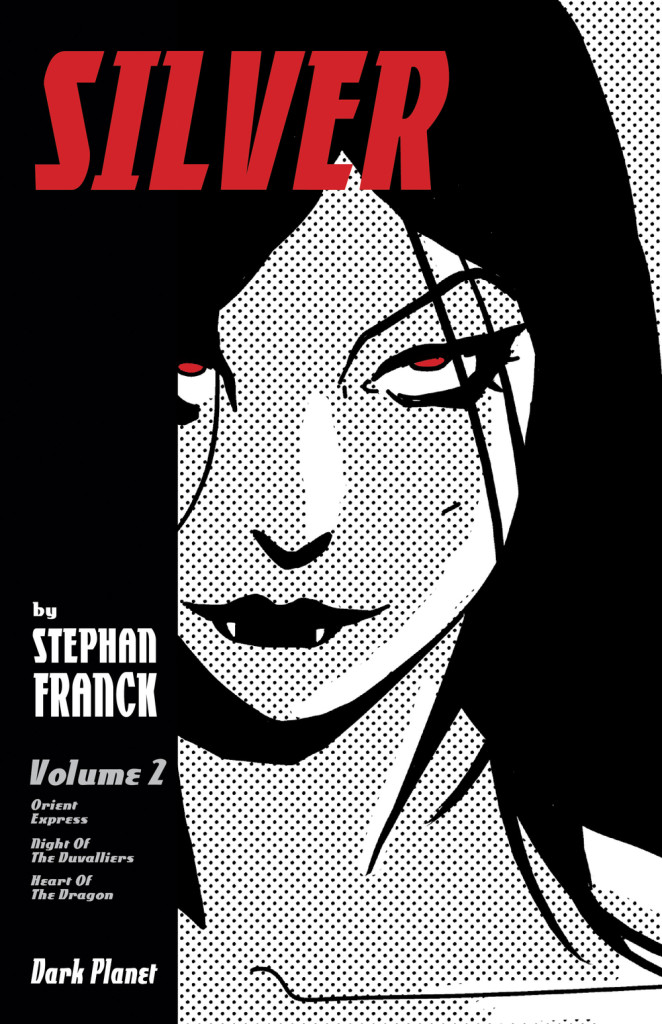 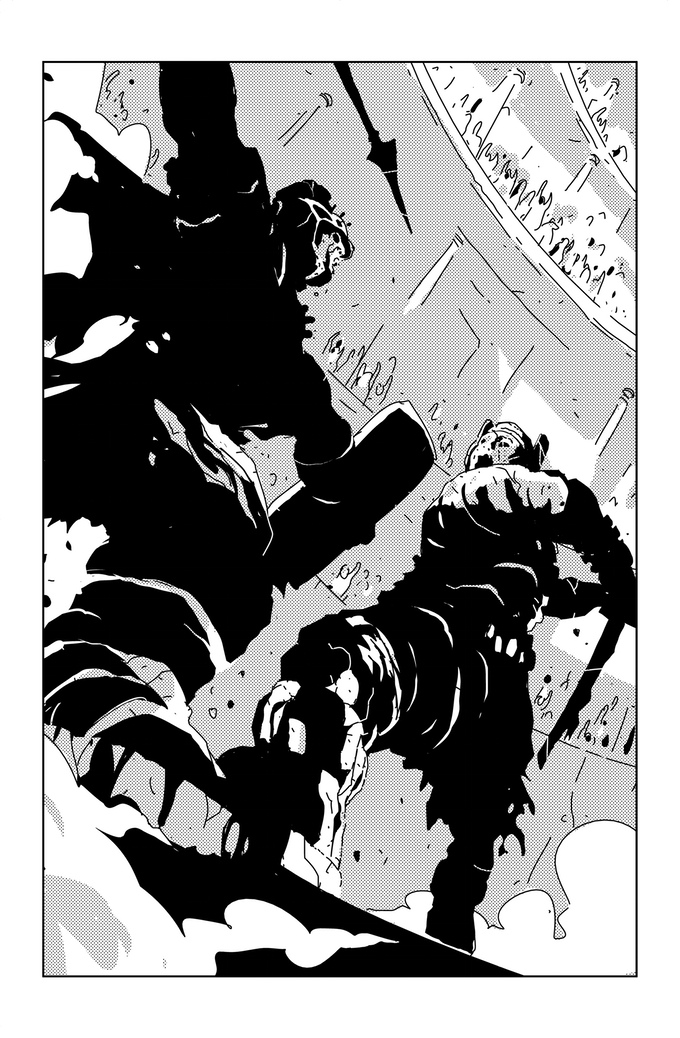 By Dracula’s tomb! Stephan Franck has raised the bar yet again in this sequel to his excellent graphic novel debut, Silver. Last time we saw them, James Finnigan was taking his rag tag crew of two aging crooks, a geriatric forger, an over-the-hill thespian, a disgraced vampire hunter, and a ten year old mystic on the score of their lifetime: break into Dracula’s fortress and steal an enormous dragon made entirely of silver bars from right under the noses of the vampire clans gathering to celebrate Walpurgis Night. Now all they have to do is board the Orient Express, convince Dracula’s right hand man that they are vampires themselves and get invited to the last party they may all ever attend. That’s if Rosalynd doesn’t take the opportunity to redeem the Van Helsing name and kill every vampire before they get there, Hamilton doesn’t get carried away with the role of his lifetime, and Jimmy’s lifeline doesn’t come to an end before he finishes the heist.

It’s rare for anyone to make such a cracking debut, much less to come back and smash it even further out the park. Franck has kept all the aspects of adventure, mysticism and great heist caper Silver had going for it (with the added extra of being exquisitely rendered in black and white with a Warhol-esque style), and actually improved on it in every way. The story still burns slowly, taking the time to develop the con even further while introducing new players to the game. Franck uses Jimmy’s perspective as a narrative to develop the human element of the tale as he talks through the various elements of what you do and don’t want in a successful grift. Franck uses this to develop existing characters and future plot connection, as well as introduce the sultry if enigmatic vampire princess Lillian Duvalier and Drakhan’s right-hand man Rakshash Pappagandya.

Previously the artwork could be a little difficult to follow, but clarity is now much improved. Franck has also bettered facial detail, the emotions and gestures of the cast enhancing the story so much more. His fabulous full page scenes now span two pages more frequently, a beautiful eeriness and tension permeating throughout as we are encouraged to imagine the decadent debauchery that might be going on beyond what we see, but never actually witness.

Volume 1 had you in its thrall by the end, making you wish you had the next book to hand. Volume 2 is no different as a little thrill of anticipation runs through you at the prospect of the next instalment. That’s how well Franck commands your attention and captivates his audience, and if he delivers Volume 3 as well as the previous outings, then this is going to be one cracking story!

By making use of crowd funding and establishing his own company Dark Planet, Franck presents some very exciting possibilities for the future of graphic novels. Silver has recently been translated into Italian, sounding very cool and proving that small companies can play in the big leagues too. The series in general has proved a very pleasant in cleansing the palette of low-quality mass-produced corporate offerings, and Volume 3 continues that.