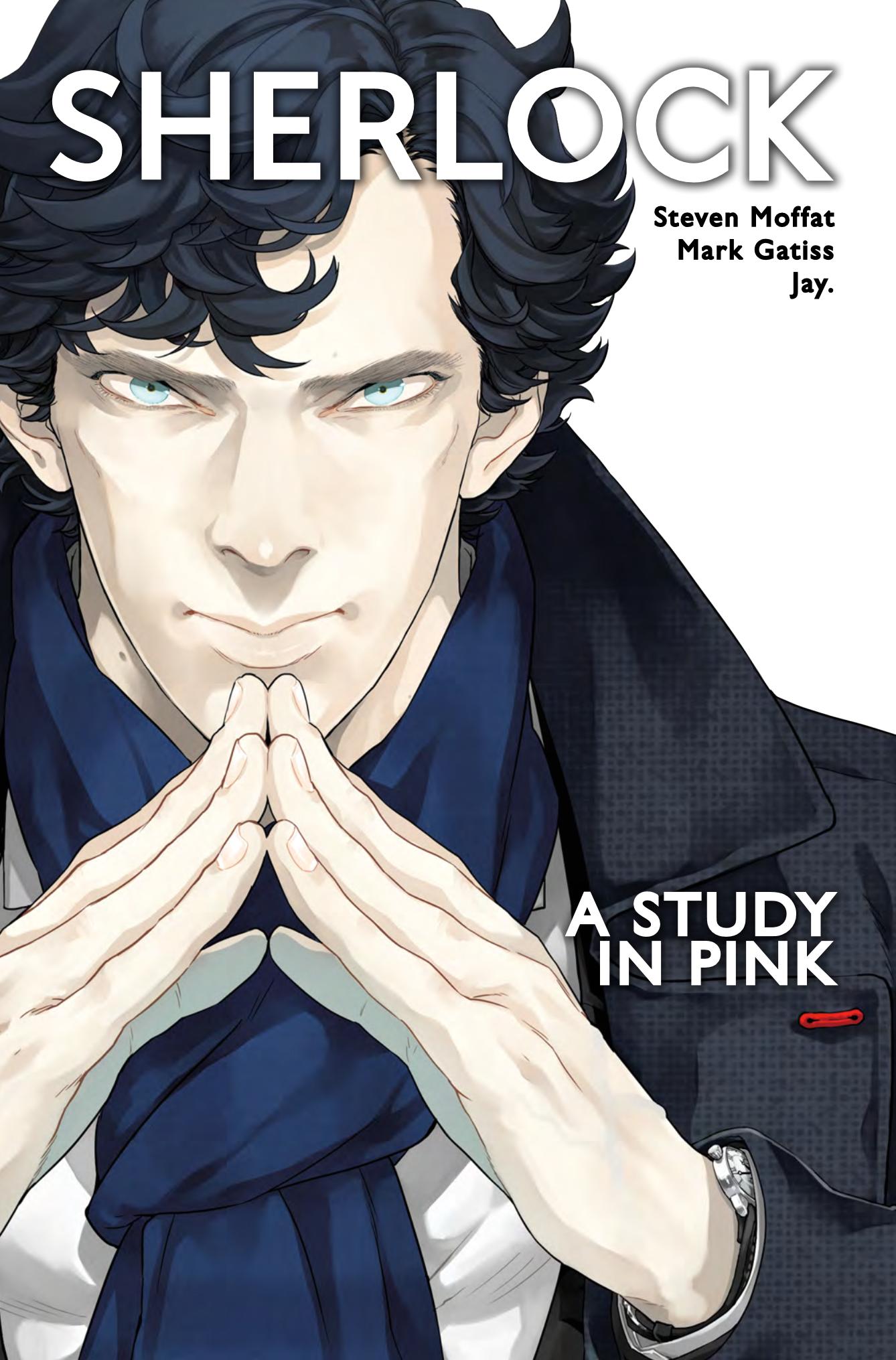 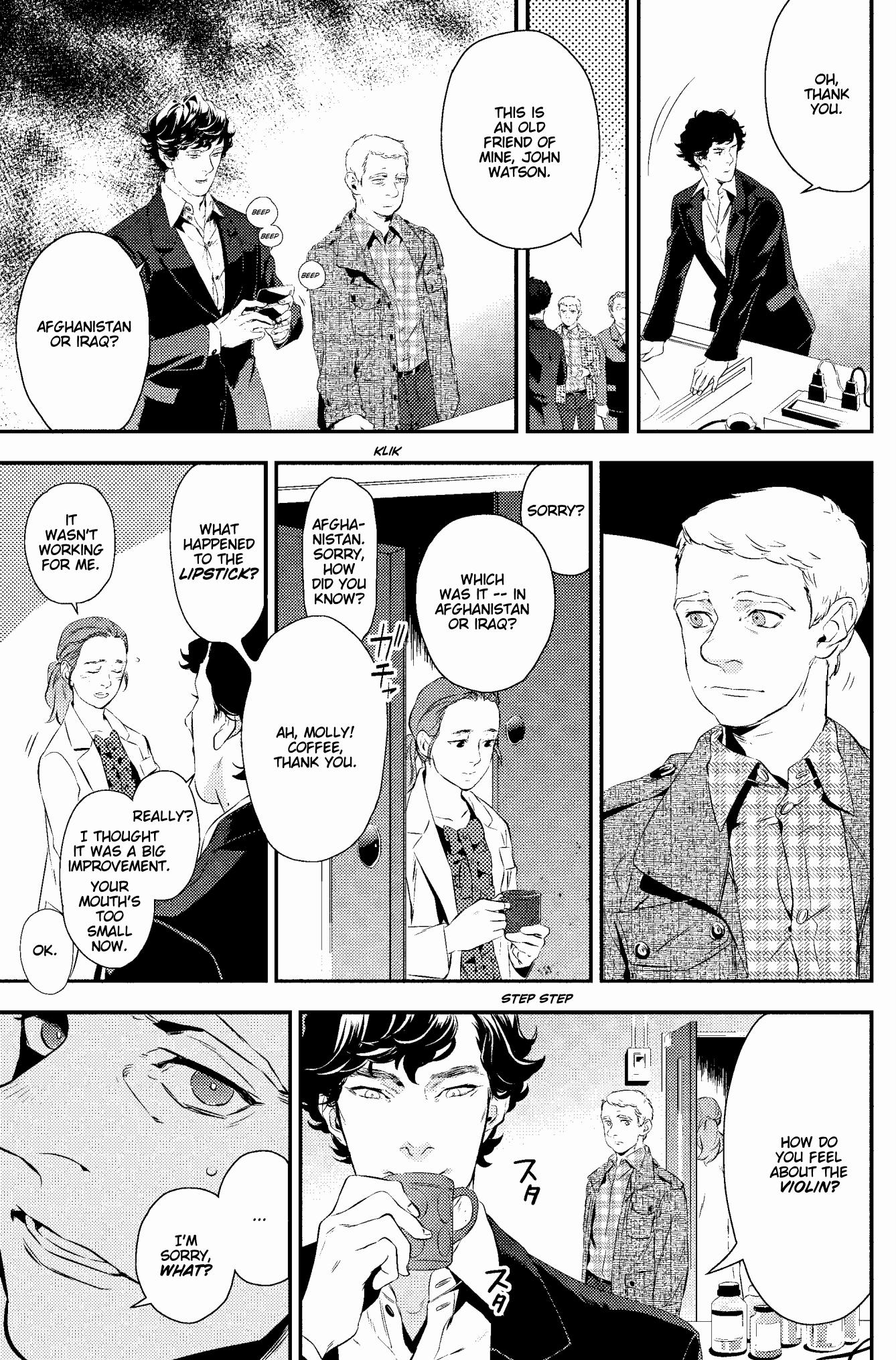 When announced, not everyone was convinced reviving Sherlock Holmes in new adventures set in the present day of the 21st century, was a good idea. After the constantly inventive series was screened, surely everyone with doubts admitted they’d been wrong. Sherlock was a worldwide phenomenon, and one result was a series of manga graphic novels adapting the first three stories.

A Study in Pink opens with the unexplained suicides of several people unlikely to kill themselves, and Dr John H. Watson still experiencing nightmares from a period spent as a military doctor in Afghanistan, looking for a place to stay in London. A friend suggests he meet Sherlock Holmes, and literature’s greatest detective partnership is reignited.

Titan reproduce the pages as printed in Japan, reading from right to left, which may be confusing for anyone not used to graphic novels picking this up as Sherlock fans, but otherwise manga creator Jay should please most readers. While Benedict Cumberbatch put in a star turn for the TV series, he’d not have presented nearly as well without a smart script from Mark Gatiss and Steven Moffat, giving him some great lines. “Mrs. Hudson the landlady, she’s giving me a special deal. Owes me a favour”, explains Sherlock, “A few years ago her husband got himself sentenced to death in Florida. I was able to help out.” “So you stopped her husband being executed?” asks Watson. “Oh no. I ensured it” is the sinister response. Time after time Jay only has to present such lines faithfully along with a suitably enigmatic expression on the character’s face for a winning formula.

Perhaps there wasn’t universal permission for actor likenesses to be used, because Jay’s rendition of Sherlock is far stronger than his drawings of Watson, who is more generally represented, as are other cast members. It doesn’t really matter. You’re either familiar with cast and plot and can fill in the visual gaps, or you’re not, in which case the plot is strong enough to pull anyone through and the expressions Jay uses are intuitive and appropriate. A scene ending the opening chapter where Sherlock begins to return some spirit to Watson’s life has a phenomenal emotional depth.

A Study in Pink depends on Sherlock’s extraordinary observational skills to shock an audience, and the plot takes off with another apparent suicide, that of a woman dressed in pink, hence the title. In some ways the manga format is actually stronger at supplying elements of the plot. On television the arty, word heavy special effects montage accompanying Sherlock’s more intense deliberations wore out its welcome, yet it’s more natural as comics, which uses that form of shorthand as a matter of course, and comics allow it to be absorbed. Where the adaptation falls down is by not embedding Holmes and Watson in their environments. Jay works in the manga style of using figures almost exclusively, only providing hints of background detail except for scenes where it can’t be avoided, such as showing the mess in 221b Baker Street. Live with that, and this is a good adaptation of a good story.

Jay’s adaptations continue with the second Sherlock episode The Blind Banker, or alternatively all three have been combined in a slipcased box set as The Complete Season One Manga. 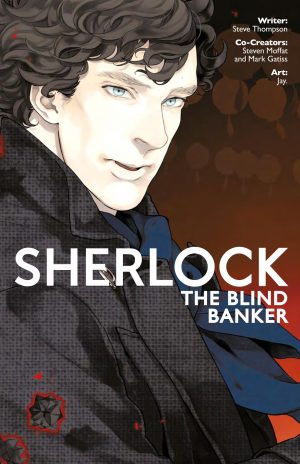 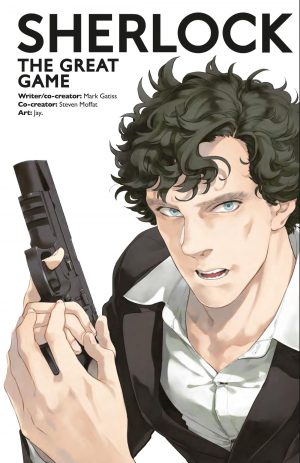 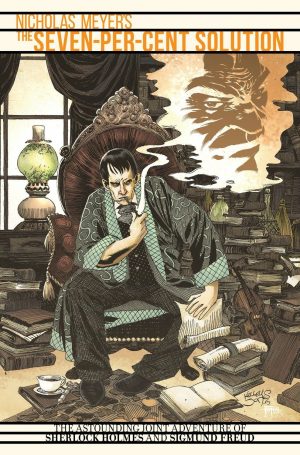 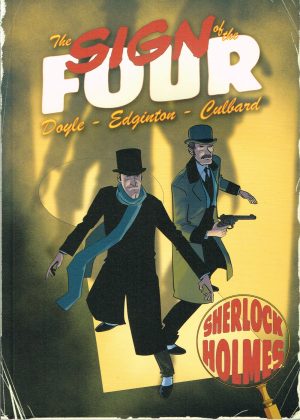