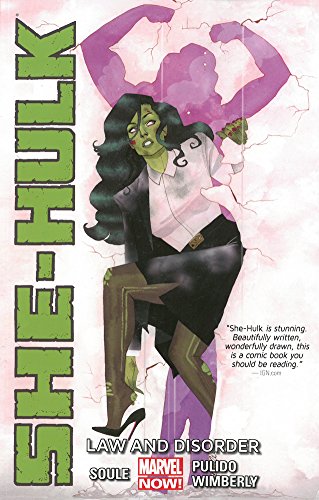 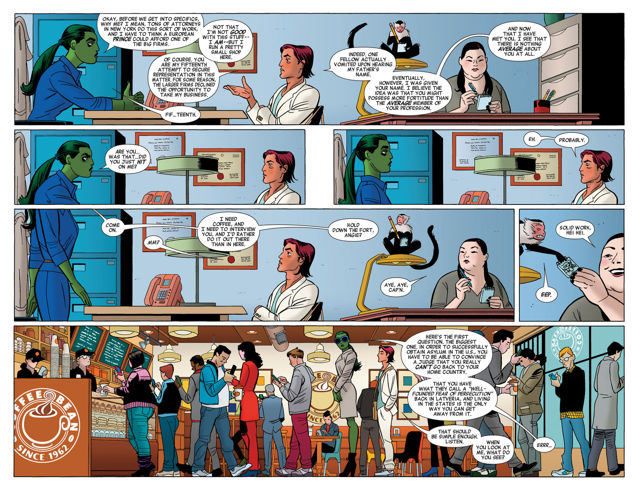 She-Hulk, a.k.a. Jennifer Walters, originated within the awkward late 1970s trend of creating female spin-offs from male superheroes for copyright protection reasons. Like many of her contemporaries her career has been a cycle of revivals, cancellations and guest appearances in super hero teams.

Charles Soule’s version focuses on her life as a superpowered lawyer rather than as a superhero in the traditional sense.  The book opens with Jennifer quitting her job at a large law firm, and after happening upon a client at a bar, deciding to start her own practice. The stories feature some superheroic action, but their core is in humour and emotional characterisation. Jennifer’s clients are people who are not superheroes or supervillains, but who have to deal with the fallout of living in a world of Tony Stark’s dominating grip on the technology market or Victor Von Doom’s dictatorial hold on his country. One of its biggest strengths is giving the reader a peek at the gaps in the Marvel universe filled with non-supers living their lives. The series also introduces a great supporting cast including Angie Huang, Jennifer’s mysterious yet blunt paralegal.

While the story elements are continuous, they split conveniently into one or two chapter arcs dealing with individual clients or dilemmas, though the last two chapters hone in on the Blue File story arc that forms the undercurrent of the series.

The art is generally great, with the first half featuring bold yet simple stylings from Javier Pulido, and the last two chapters featuring jagged and acidic work from Ron Wimberly. Both halves are coloured in bright, vivid tones, and emphasise the book’s humour through expression and body language. Something to watch out for in Pulido’s chapters are panel layouts occasionally stretching horizontally across two pages rather than the the familiar across-and-down single page layout. Additionally, Wimberly occasionally has the problem of inflated anatomy exaggerating to the point where it obscures the action of a panel, mostly in a rooftop scene between Hellcat and Tigra, but he’s otherwise stellar.

Overall, this is definitely worth a read – it’s funny, it’s wonderfully drawn and if you’re interested in stories in a superheroic world that don’t centre on actual superheroics it will definitely meet your needs. It’s accessible for people who are unfamiliar with the character, though it does expect some knowledge of the Marvel universe, and as the whole run is collected in two trades – this and Disorderly Conduct – it’s a good opportunity for beginners and veterans alike to pick up a self-contained run of an interesting take on the genre without a massive investment of time or money. 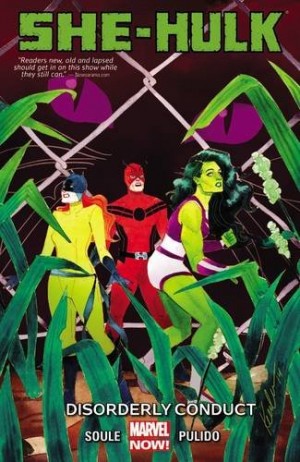 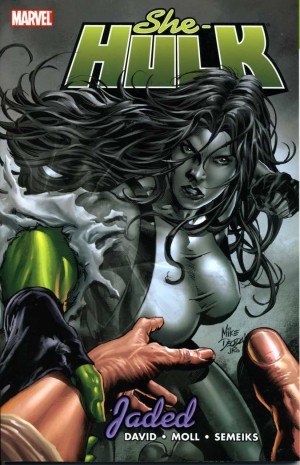 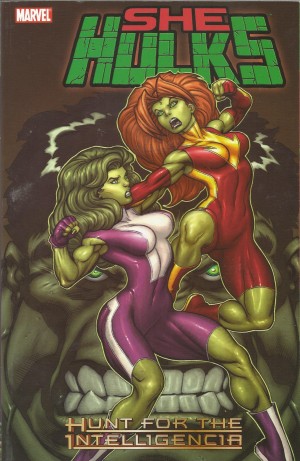