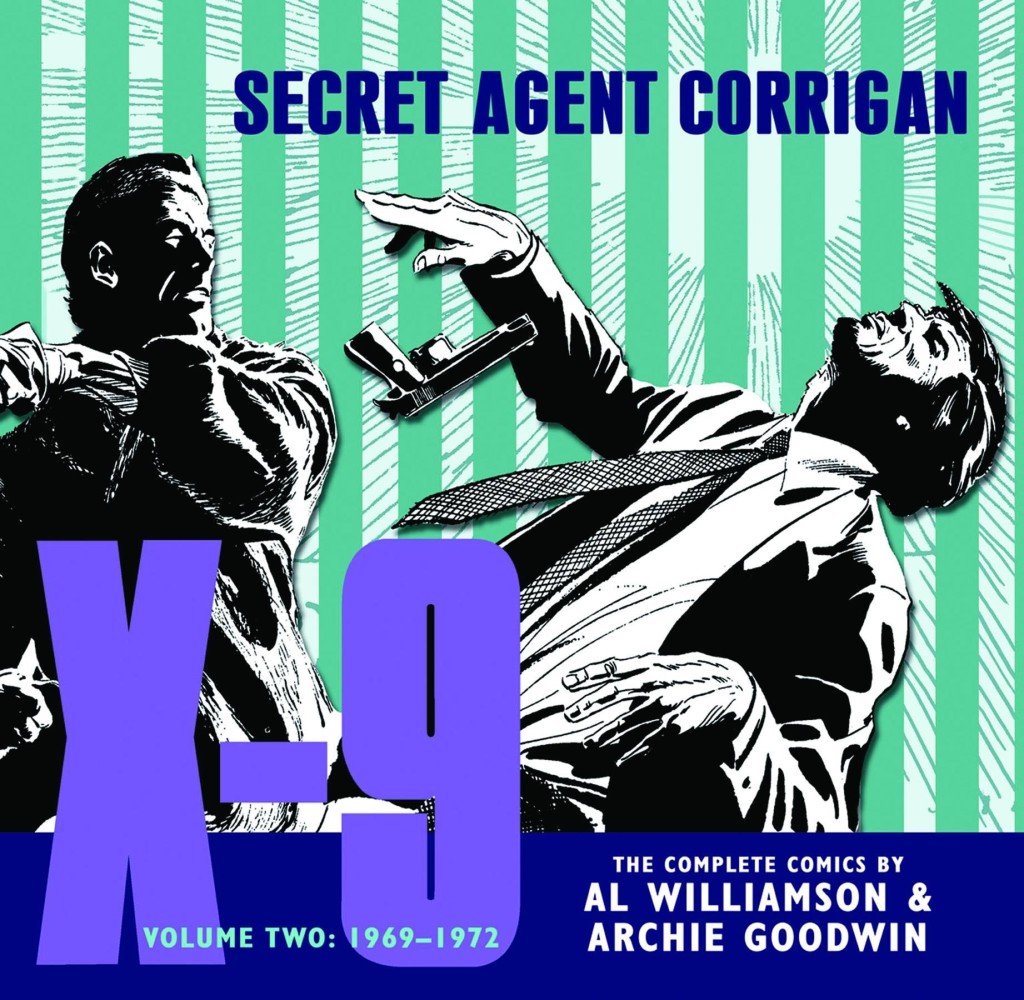 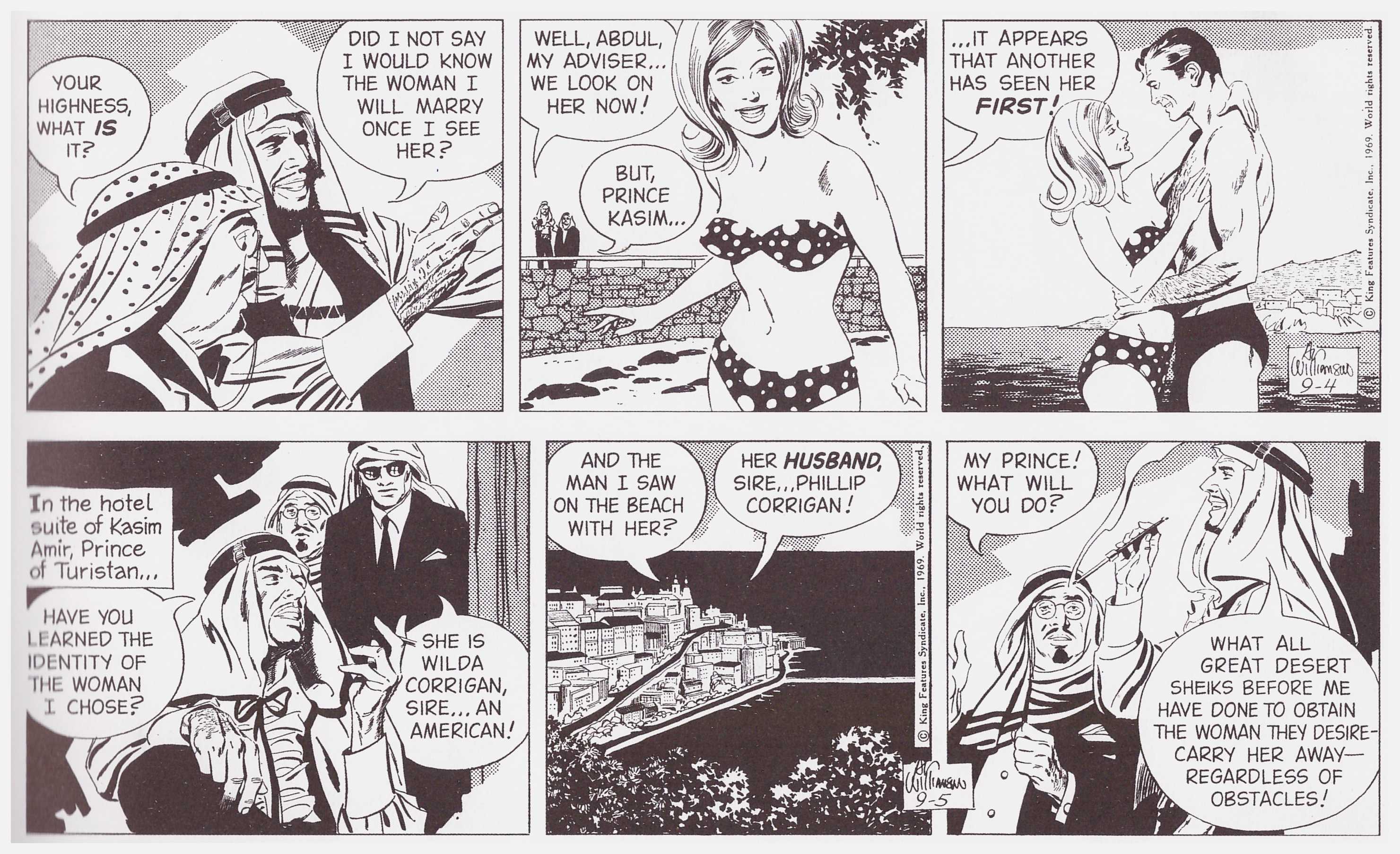 When this volume picks up reprinting strips from mid-1969, creative collaborators Archie Goodwin and Al Williamson had been in place for well over two years, and were beginning to explore the format of their daily three panel adventure strip. These sequences run for longer, on average for three months at a time rather than just under two, giving Goodwin more room to plot in depth and to imbue more of his cast with personalities. On several occasions Corrigan is discarded from his own strip for several weeks of continuity in order to present a better story. While Corrigan himself remains ruggedly one-dimensional, those now surrounding him have a pull. Arrogant and controlling businessman Quentin Amberson, perhaps a nod to Orson Welles, stands out, with an absolute certainty in his own views and decisions, all evidence to the contrary. He’s particularly relevant as the second decade of the 21st century draws to a close.

Unusually, the opening selection features Corrigan on a personal matter rather than taking on an assignment, when his wife Wilda is abducted by a lustful Sheik. As noted in the introduction, Williamson would feed Goodwin the movies he’d enjoyed over the years and ask for similar elements to draw during the course of a story, and his enthusiasm for anything other than talking heads must have been immense. They’re the bread and butter of the strip as Goodwin needed to convey the plot in bite sized pieces, yet Williamson’s renditions are never lacklustre or dull. The creators have also slipped into a routine permitting them to incorporate more landscapes or decorative panels than before. A trip to South America deposits Corrigan in the jungle, and it’s as if Williamson is back in the 1950s detailing the flora and fauna of alien planets as he once did in such distinguished fashion. This, however, requires shifting the strip out of its usual parameters, and so for all the joy of Williamson reprising his EC triumphs, it’s the weakest sequence.

That’s in a strong selection overall, with variety once again the key. Goodwin ensures the plots feature different locations and puzzles, so Corrigan will be undercover as a Hollywood stuntman, shepherding a publicity-hungry writer under threat of assassination in Venice or being hunted on a Caribbean island. The popularity at the time of James Bond, in a similar line of work to Corrigan, surely accounts for two separate appearances of criminal overlord Dr Seven and his nefarious devices, but Goodwin plays down the gimmickry.

As noted in Mark Schulz’s introduction to the previous collection, Williamson’s representation of Corrigan begins as remarkably consistent with that of Raymond in the 1930s, but that mutates over the course of this book as mirror reference is simpler for an artist. Fortunately Williamson himself was as urbane and handsome as his artwork. He was also a man who enjoyed illustrating classic cars.

Amid all the greatness on offer don’t just skip past Anne Murphy’s introductory essay. Goodwin’s wife brings her husband and his collaborator back to life in a brilliantly convivial and anecdote-packed six pages encompassing an encyclopedia’s worth of common sense.