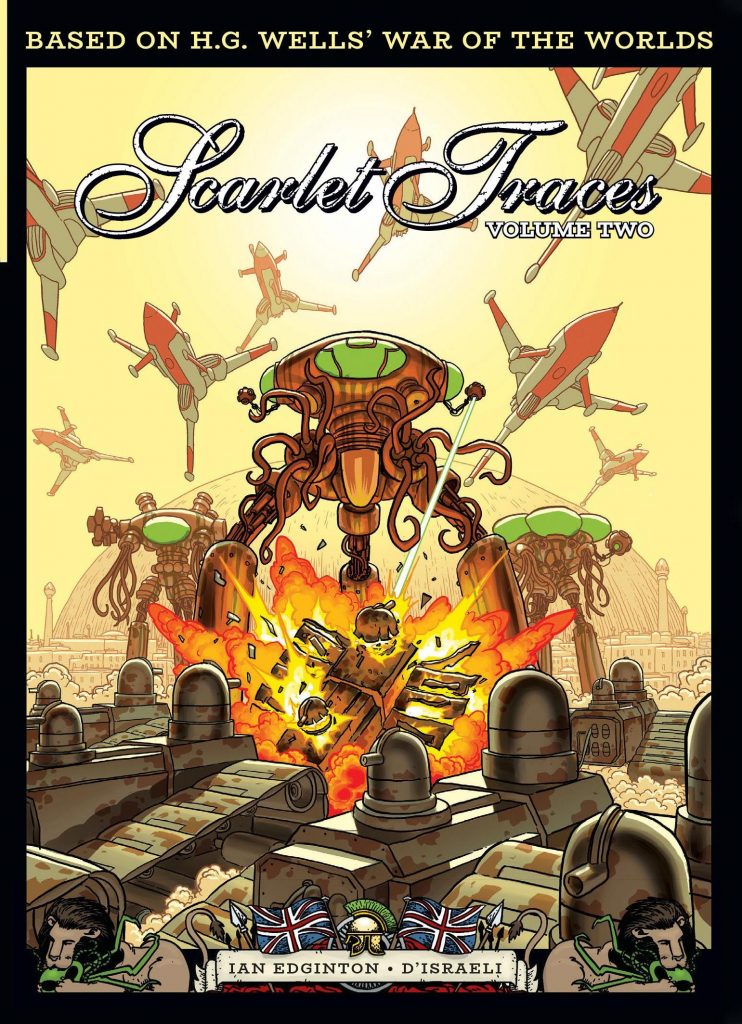 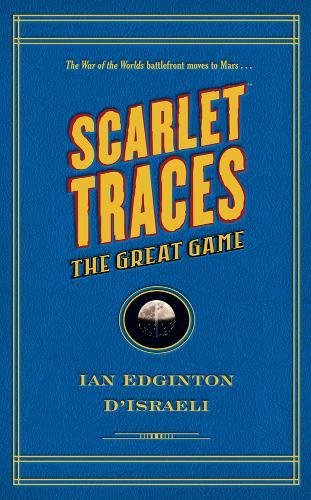 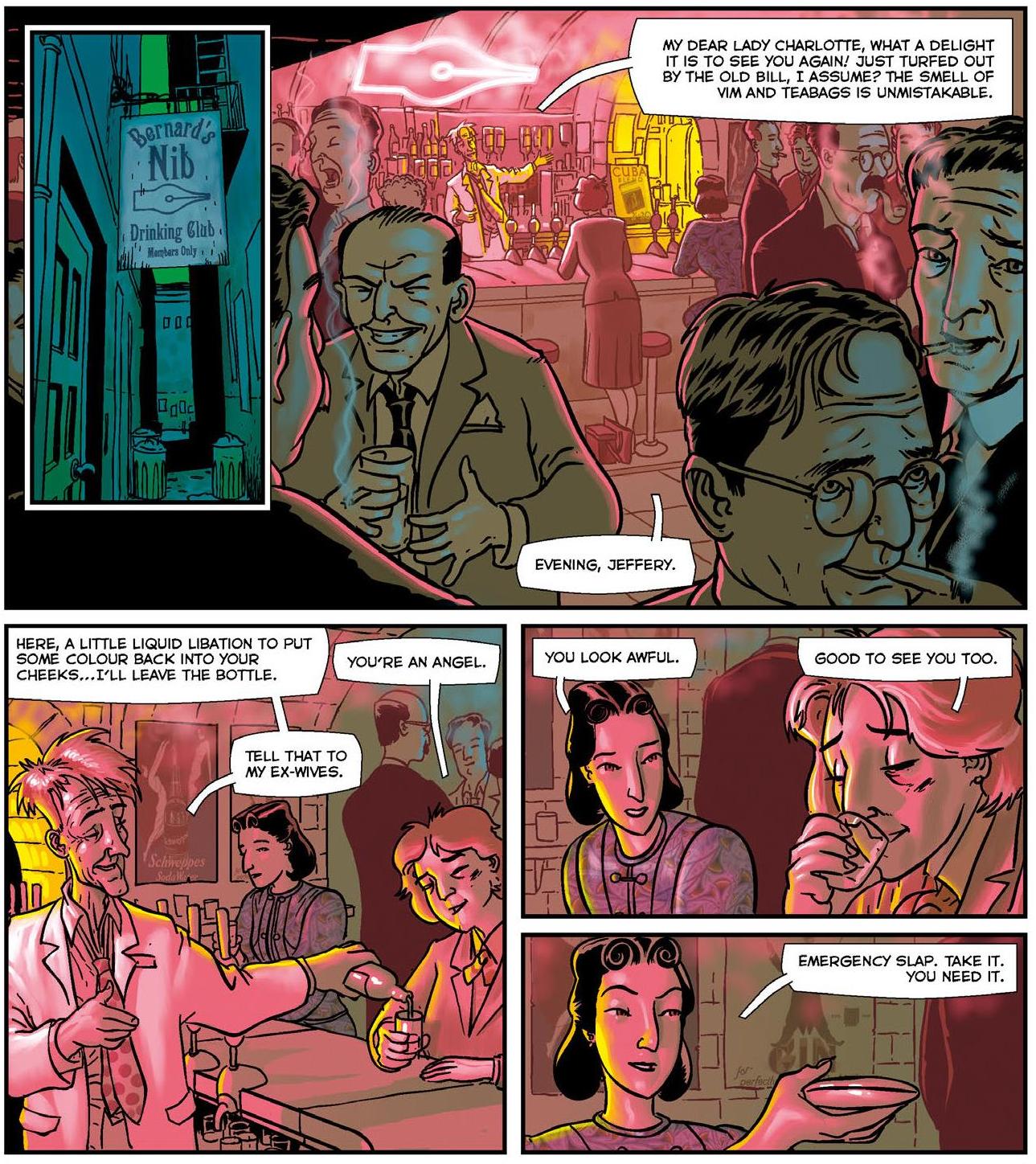 Artist D’Israeli (Matt Brooker) has claimed that illustrating Scarlet Traces, a sequel of sorts to H.G. Wells’ The War of the Worlds written by Ian Edginton, took him from struggling artist to one in demand and, more importantly, regularly paid. Beginning life online, the series saw further development with Dark Horse before finding a home at Rebellion, abode of Judge Dredd and 2000AD. All related material to date has since been gathered into two books, The Great Game and miniseries ‘Cold War’ featuring in Scarlet Traces Volume Two.

‘The Great Game’ is set thirty years after events in Volume One, Britain now a global power that’s developed space technology and invaded Mars in turn. A British aircraft returning from the front crash lands before the entire crew is massacred. In England social unrest threatens to engulf the country, starving Scottish patriots fighting for equality while the rest of the world demands an end to the military campaign on the Red Planet and Britain’s claims of Sovereignty. The editor of The Interceptor, the last bastion of free speech in the not so United Kingdom, hands a scoop to photo journalist Lady Charlotte Hemming, then winds up dead. She travels to Mars to uncover the biggest scandal in the galaxy and a deadly new threat.

Edginton and D’Israeli go for a darker tone in their sequel, using real historical figures to present an alternative universe with a plot that twists and turns like a snake. Edginton appears to drop random information into a story you have to think about until the final “Aha!” moment, while D’Israeli renders sci-fi hustle and bustle, co-ordinating outstanding space battles. His antagonists are fantastically sinister, some switching from pleasant to grotesque in an instant, others carrying a disturbing aura of sadistic pleasure. Most of the action occurs in the bleak darkness of space, the colour from graphic violence the only thing piercing the gloom and subsequently heightening the tension.

In sharp contrast is the psychedelic brightness of ‘Cold War’, set in 1968. The British Empire no longer exists, the long years of war with Mars leaving behind a far more peaceful nation though the Martian threat still lingers. A renegade Splice (a genetically engineered humanoid Martian) with a penchant for Coronation Street arrives to warn Earth of another invasion, recruiting English born and first class RAF engineer Ahron. He is assigned to help a planet he’s never seen and a country that’s never really accepted him or his race. D’Israeli’s art is less detailed allowing bombastic colours to counterbalance. It works well, capturing late 1960s fashion. Edginton scripts a more cerebral and overtly political tale that builds up to high action, channelling classic sci-fi tropes so popular at the time, the social commentary ranging from observations on attitudes to refugees and immigration in the 1960s that mirrors present day. A proclivity to fast forward in time in both stories can confuse the reader, but is really a minor quibble.

Scarlet Traces Volume Two is visually arresting and deeply thoughtful, sometimes righteously indignant and chock full of classic sci-fi references. The creators are embarking on some impressive world-building and there’s a massive cliff-hanger so expect to see more. Dark Horse’s publication of The Great Game can still be purchased online, and in 2022 Scarlet Traces Volume Three arrived. 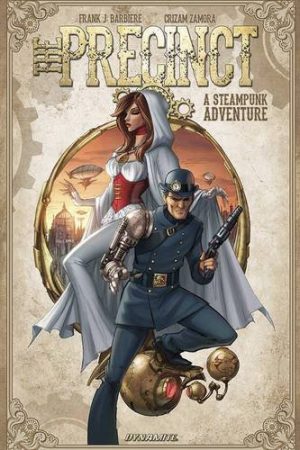