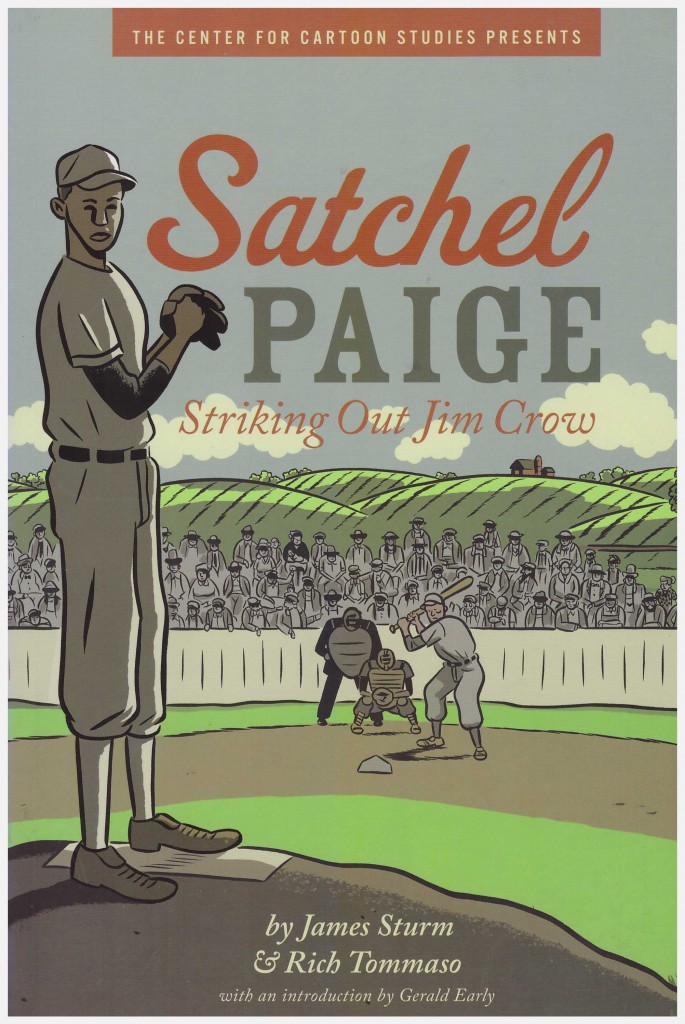 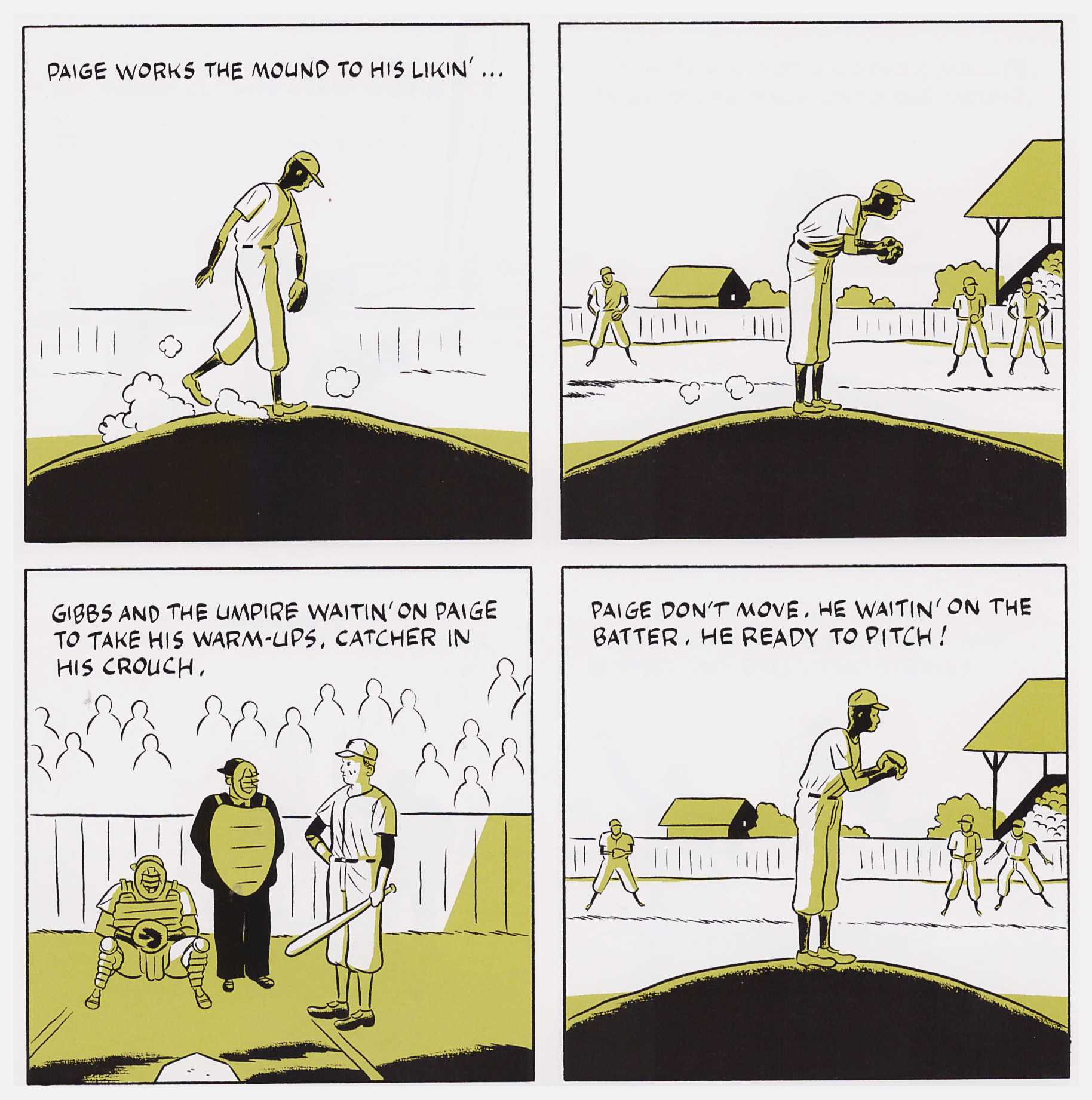 Pitcher Satchel Paige began his baseball career in 1926 in the segregated Negro Leagues, known for his control and racking up incredible statistics. He became one of the earliest African-American players signed when the baseball colour bar was broken, simultaneously earning the status of the oldest rookie in the Major Leagues. Outside the USA he played baseball in Cuba, Domincan Republic, Mexico and Puerto Rico, and although 42 when he first played for the Cleveland Indians he still amassed 287 strikeouts in five major league seasons, adding another in a one game reprise in 1965 when he was 59.

Paige is a man to whom the over-used term ‘legendary’ applies in its truest sense, but here he’s an aspiration and myth, someone to be looked up to as the highest paid athlete in the world at a time when African-Americans were still repressed. Paige doesn’t require mythologising, but the manner in which writer James Sturm portrays the man, his presence, and his effect is startling. Paige is barely given a line of dialogue, yet what he represents is the hope of liberation to those watching him pitch in the book’s final sequence. For all his more venal and mercenary qualities Paige was well aware of his power to inspire, and here does so.

The book opens with a fantastic 20 page sequence of what it was like to play against Satchel Paige in his 1929 prime narrated by hotshot batter Emmet Wilson, a fictional construct not related to the later Emmett Wilson. Artist Rich Tommaso distances Paige, framing him on his mound, distorting him on his wind-up, and highlighting the arsenal of techniques Paige employed to unnerve hitters. It’s a virtuoso performance from both parties, and Tommaso won an Eisner Award for his art, deliberately styled to mimic the simplicity of 1940s illustrations with a sepia wash. The effect is heightened by a choice to deliver dialogue as captions only, leaving the illustrations balloon-free.

The larger focus is on Wilson’s life thereafter, as an Alabama sharecropper barely making a living as he endures the daily iniquities of a biased society. As a primarily educational book, the more distressing scenes are toned down without diminishing their effect, but the appalling treatment of favour according to skin colour is given a thorough and depressing airing as the story progresses to 1942.

If the narrative content wasn’t enough, the book also contains four pages of references, anecdotes and suggestions for further reading, shining a light on the period and Paige. Those enjoying this are also directed to Sturm’s tale of a barnstorming Jewish baseball team in the 1920s, The Golem’s Mighty Swing.