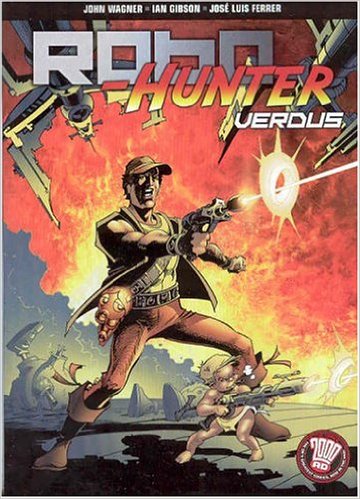 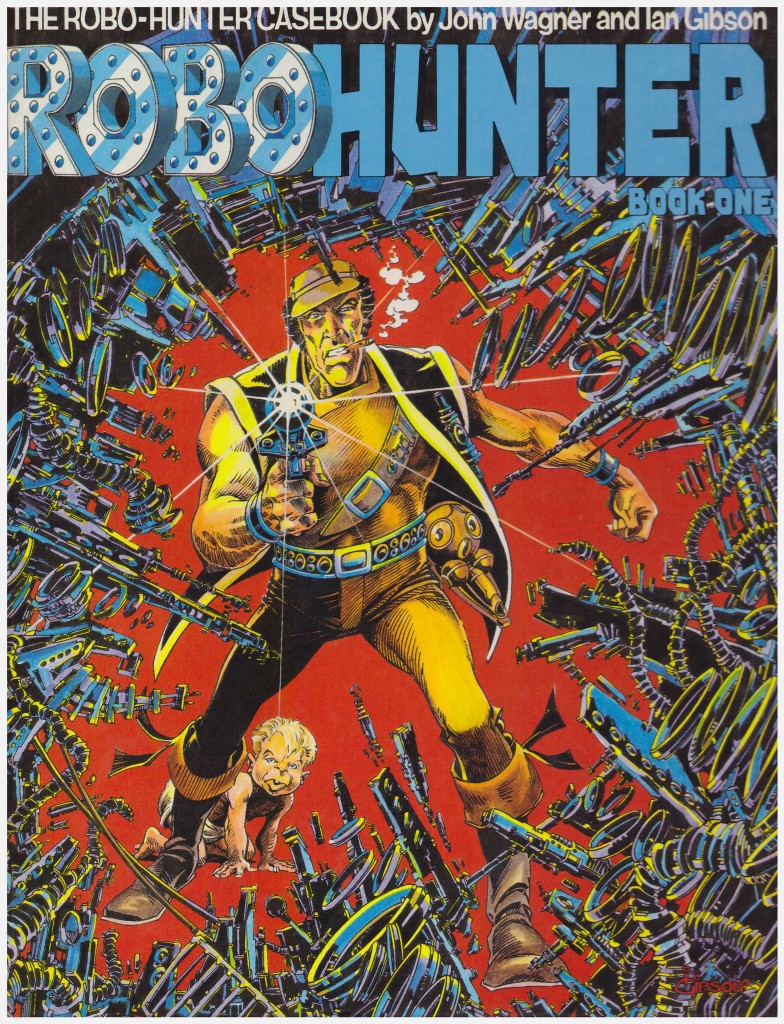 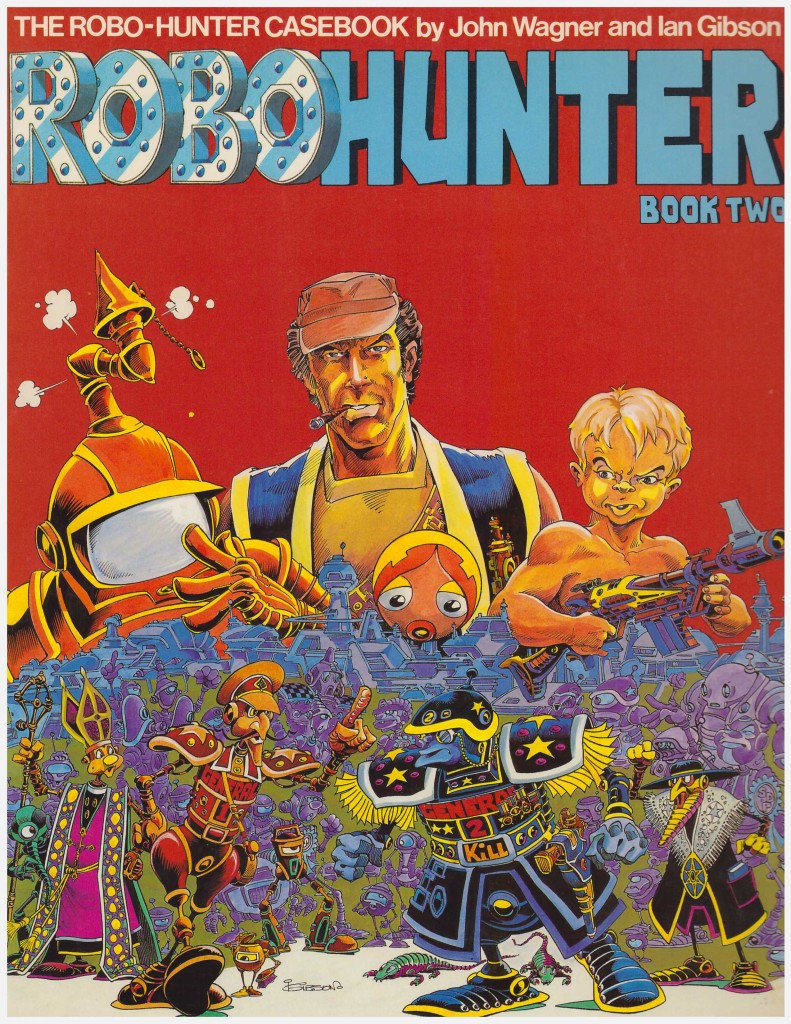 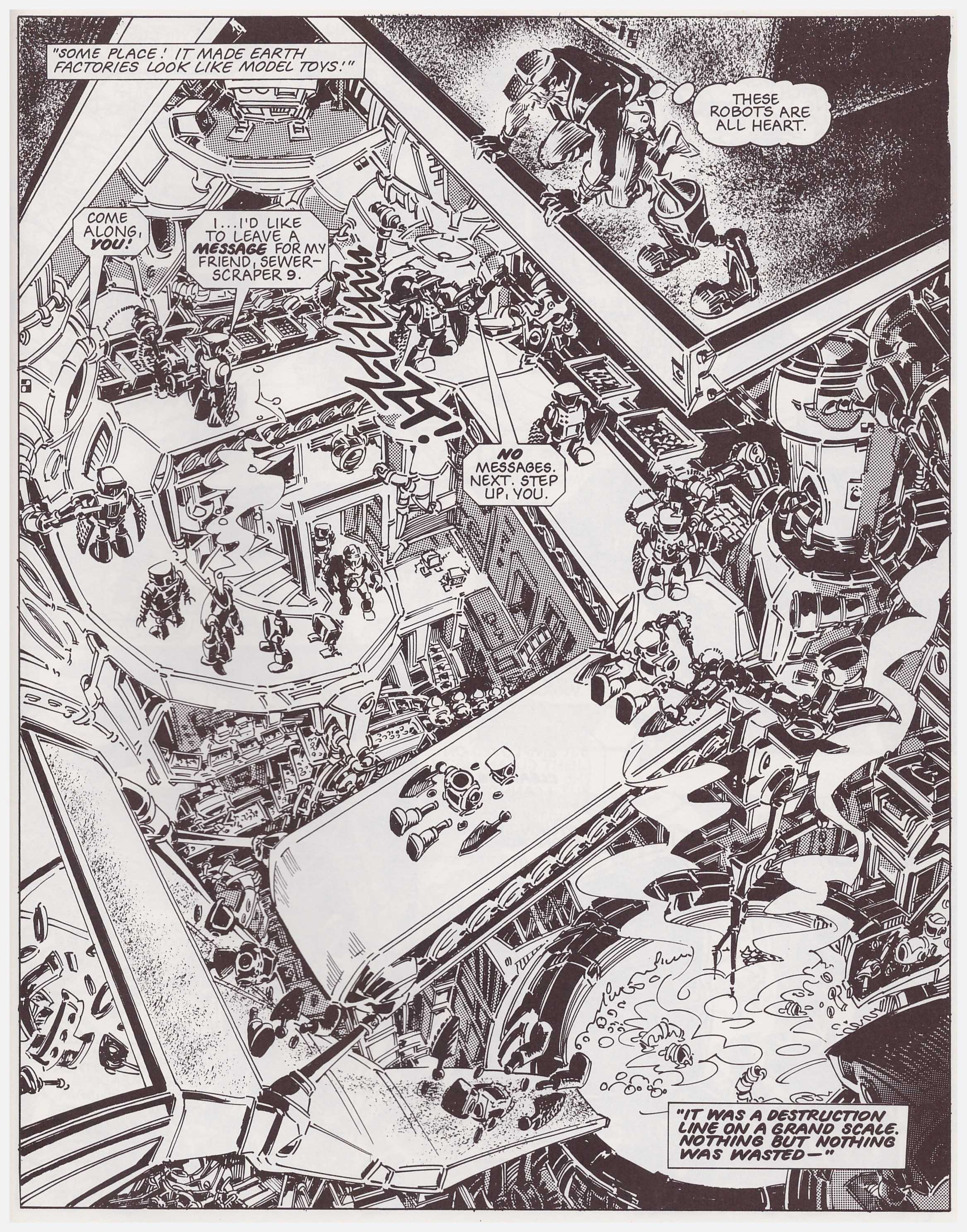 Of all the strips published in 2000AD’s early days the only one able to match Judge Dredd’s winning combination of action, dark humour and audience appeal was Robo-Hunter, also from the fertile mind of Dredd’s creator John Wagner. Despite Wagner’s fondness for the works of Dashiell Hammett, Sam Slade’s name and his detective trade are the only connections with Sam Spade.

In a society where almost every mechanical device has been given a personality, Slade hunts down rogue robots, largely defined as those whose obedience circuits need retuning. They’re a minor problem on Earth, but there’s the bigger issue of Verdus, where a robot named SJ1 was disptached to construct a robot infrastructure pending the arrival of human colonists. The colonists have been sent, but there’s been no word back, so Slade is to investigate. On the way there the ship’s shields fail, and exposure to cosmic rays restores Slade to the vigour of his twenties. Unfortunately pilot Jim Kidd is considerably younger, and now resembles a baby, but with his coarse and obnoxious personality intact.

Artist Ian Gibson is phenomenal, and perennially under-rated, but the opening pages don’t display this as the strip is initially hampered by work from Spanish artist José Ferrer. It was considered unsuitable by everyone involved other than 2000AD’s overseers, who insisted that fifteen pages of art that had been paid for saw print. Gibson worked overtime individualising Ferrer’s work, adding pages and modifying the character designs.

It’s with Slade’s arrival on Verdus that Gibson’s finally free to create his own world, and responds with a gleeful madcap cornucopia of eccentricity fully in tune with Wagner’s inventive scenarios. There are robots for every conceivable purpose, and in all sizes with differing personalities, but a few come to predominate. There’s Cutie, Slade’s analytic robo-meter, Robo-Boots, a pair of walking boots, the steam-powered and outmoded SJ1, B.O. the sewer droid, and the contrasting generals on either side of an eventual civil war. The cast thrive in a crowded world of logic defied in an entirely robot society, amid Gibson’s incredibly detailed pages. These are occasionally cluttered, but who cares when the imagination is this good.

Wagner strings the plot along episodically, in keeping with British comic serials of the era, and this is more evident in a collection, but jokes and thrills are maintained in a consistently inventive script. Slade has to play a game of monopoly featuring miniature robots, Wagner satirises the political system, and Kidd proves a formidable destructive foil.

In the Judge Dredd material published alongside Verdus (The Cursed Earth, Judge Cal), Wagner was just beginning to find a direction, but Robo-Hunter is strong from start, and improves still further in Day of the Droids. Verdus was originally collected by Titan Books, spread over two European sized graphic novels, the first available in a nice hardback edition, and is now also combined with the sequel in Robo-Hunter Droid Files 01.