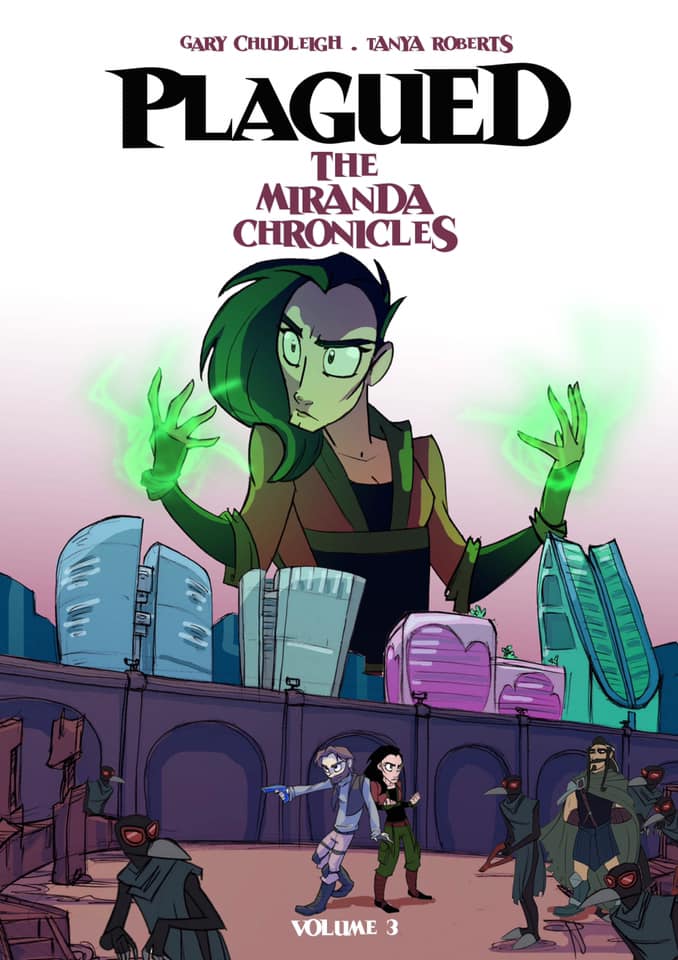 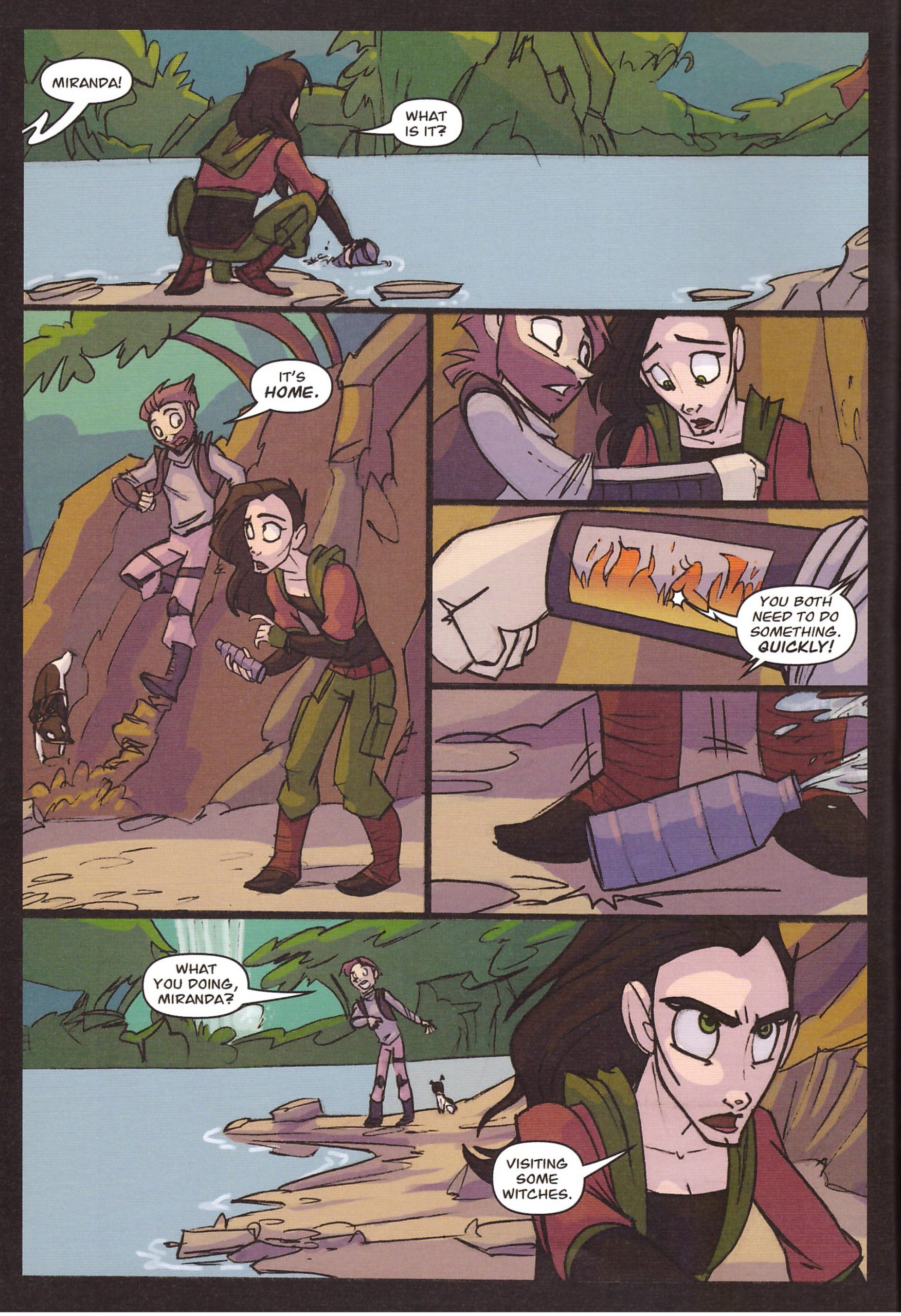 If you’ve wondered how the plague afflicting what’s left of civilisation came about, Gary Chudleigh spells that out in the opening pages here, having hinted at it in volume 2. The discovery of a scandal in the real world always generates the same response pattern: denial and cover-up, and that’s the path chosen by the world’s greatest witch hunter, Salem, who also sees it as an opportunity to wipe out witches once and for all.

A clever aspect of Plagued is how Chudleigh works a form of magical distraction. He has enough going on by concentrating on the characters that he doesn’t have to explain the specifics of their world. That aspect is as sketchy as Tanya Roberts’ background art, but we’re drawn in nonetheless as the plot is stirring and the characters likeable.

While Chudleigh pulls Plagued out of the holding pattern it settled into with volume 2, Roberts just can’t deliver what’s necessary to tell the story effectively. She’s good with the cast, defining their emotional state, but is uninterested in drawing anything else, and Plagued suffers from this throughout. A pivotal sequence has an airship bombing a town, but the full page allocated has a functional, but no-frills airship that seems be knocking over roughly sketched cardboard boxes. It’s lazy. and reduces what should be a tragic moment to nonsense. Roberts also fails when it comes to delivering the climax. It should be a stirring revolution of Miranda and her allies rousing the population, yet the largest crowd consists of ten people, four only defined by circles for heads, and what looks like an artist’s lay figure holding a sword running toward them. She only does half the job, and it hurts this volume far more than the earlier ones.

This finishes the story begun in volume 1, but the conclusion is open-ended, allowing for a continuation. If there is to be more, Chudleigh would be better collaborating with a different artist. His story isn’t that far removed from Avatar: The Last Airbender, but the difference between the look of them is a chasm.