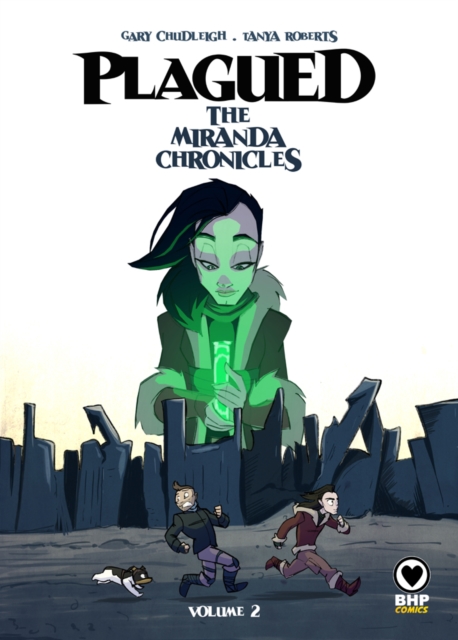 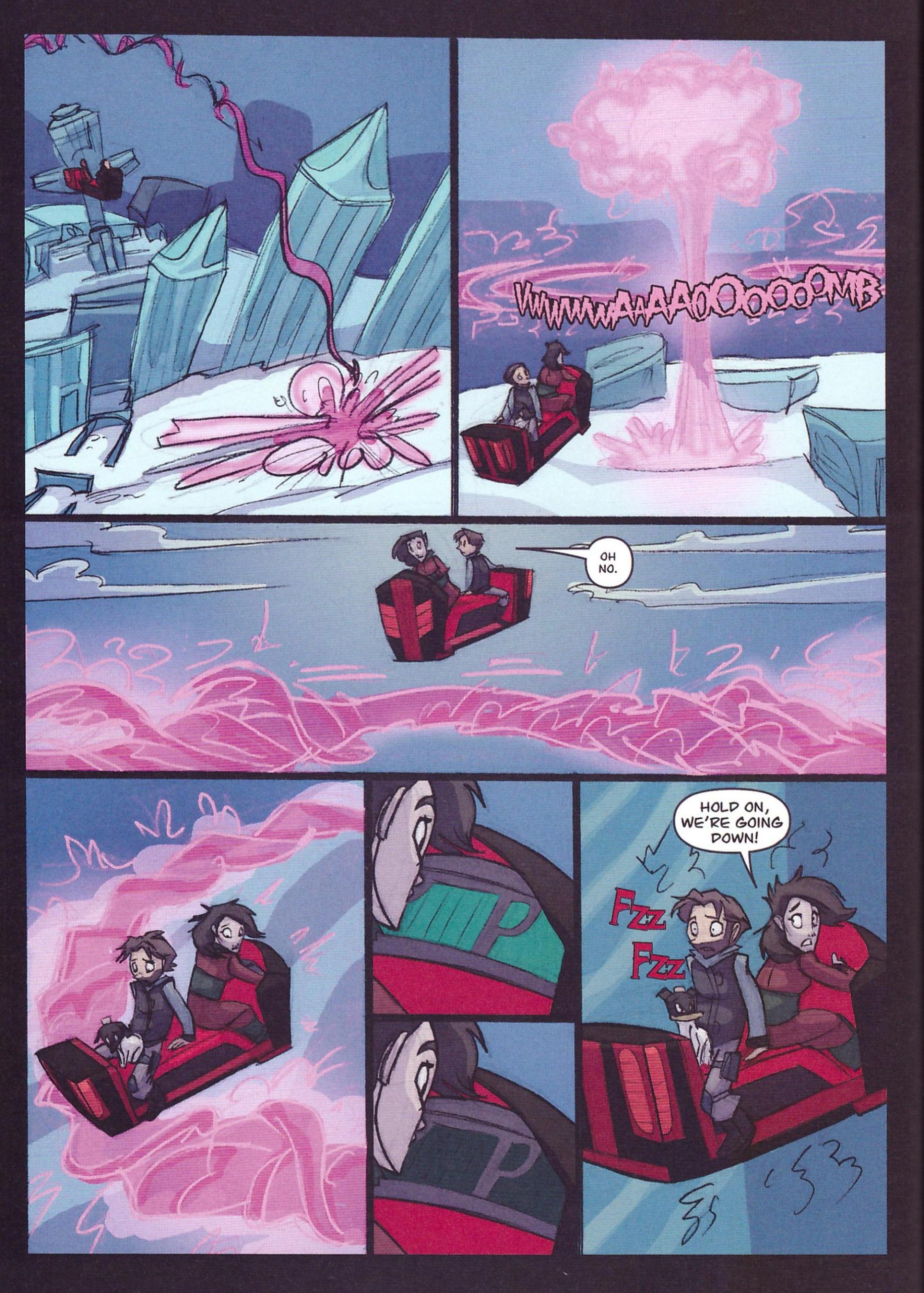 In Gary Chudleigh and Tanya Roberts’ unpleasant future, humanity is afflicted by a plague. Under the guise of presenting a cure that doesn’t actually work, chemical company Reneco have cemented a seat of power and founded an enclosed elite community. Aware that some people are able to cure the plague, Reneco demonise them as witches and send hunters after them. Their abilities have only been vaguely defined in volume 1, but among them are Thomas Mackie’s ability to talk to his dog, and Miranda’s ability to heal plague victims, latterly on a scale of entire villages at a time. Reneco’s response has been to place a bounty on their heads. A good place to start seems to be villages who’ve cancelled their orders for the placebo medicine.

Chudleigh applies some good ideas when it comes to his conflict between ancient forces and technology, one being that hunters are equipped with devices able to cut witches off from their abilities. He used that as an unwelcome surprise in volume 1, but here has more inventive uses for technology, and whereas the previous book could stand alone, Chudleigh is now plotting for the long term. Prime witch hunter Salem returns, and the implications of a discovery he makes aren’t revealed until volume 3.

Roberts keeps the art very simple, which in one sense is good for an intended younger audience, but all too often there’s not enough imagination applied when needed. Abstracted, sketchy backgrounds and very basic constructions don’t build a convincing world, and while her people are expressive, more effort with the remainder would be welcome. Not that Chudleigh’s on top form either. The pages turn quickly for a surprisingly rapid read that throws in the requisite amount of action without greatly moving the plot forward, which for a project planned as a trilogy is disappointing. Without an injection of something the promise of volume 1 is going to evaporate. 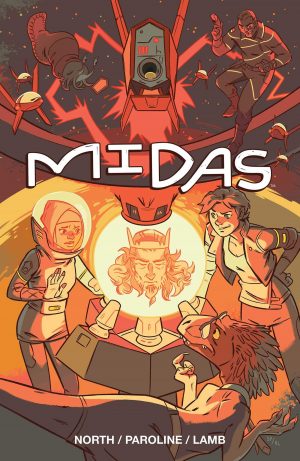 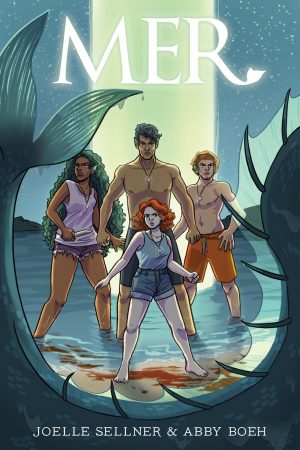 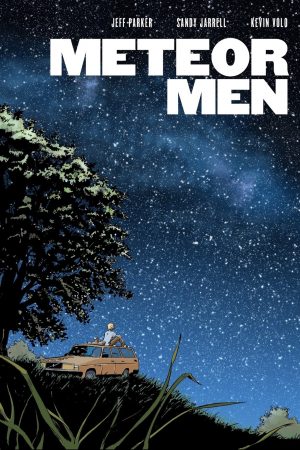