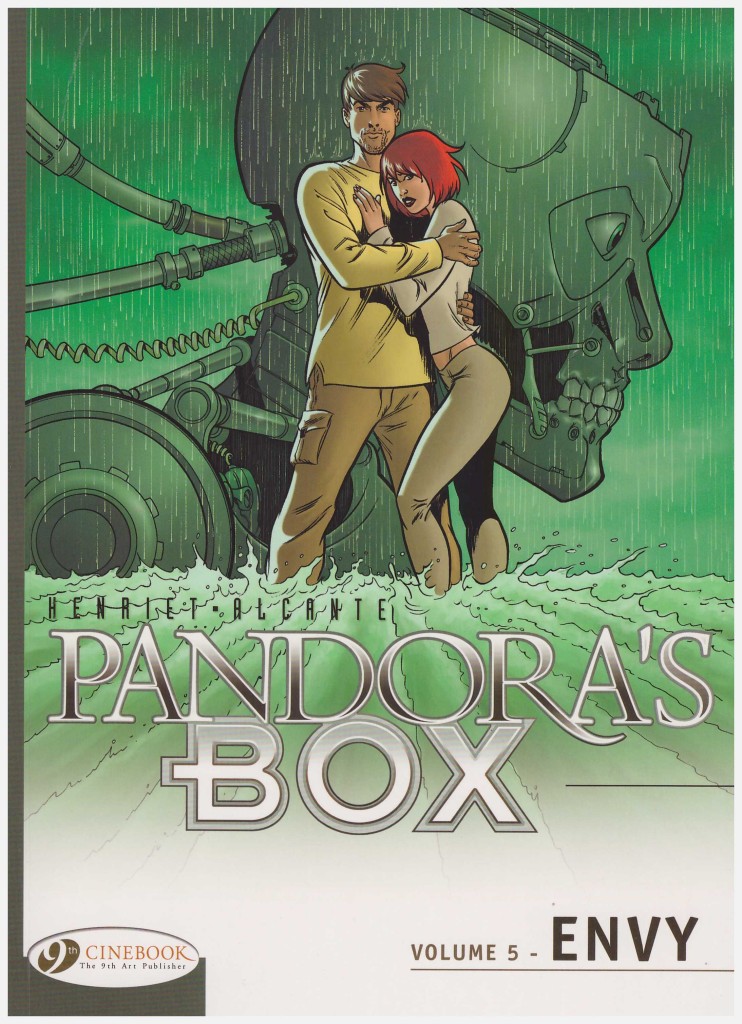 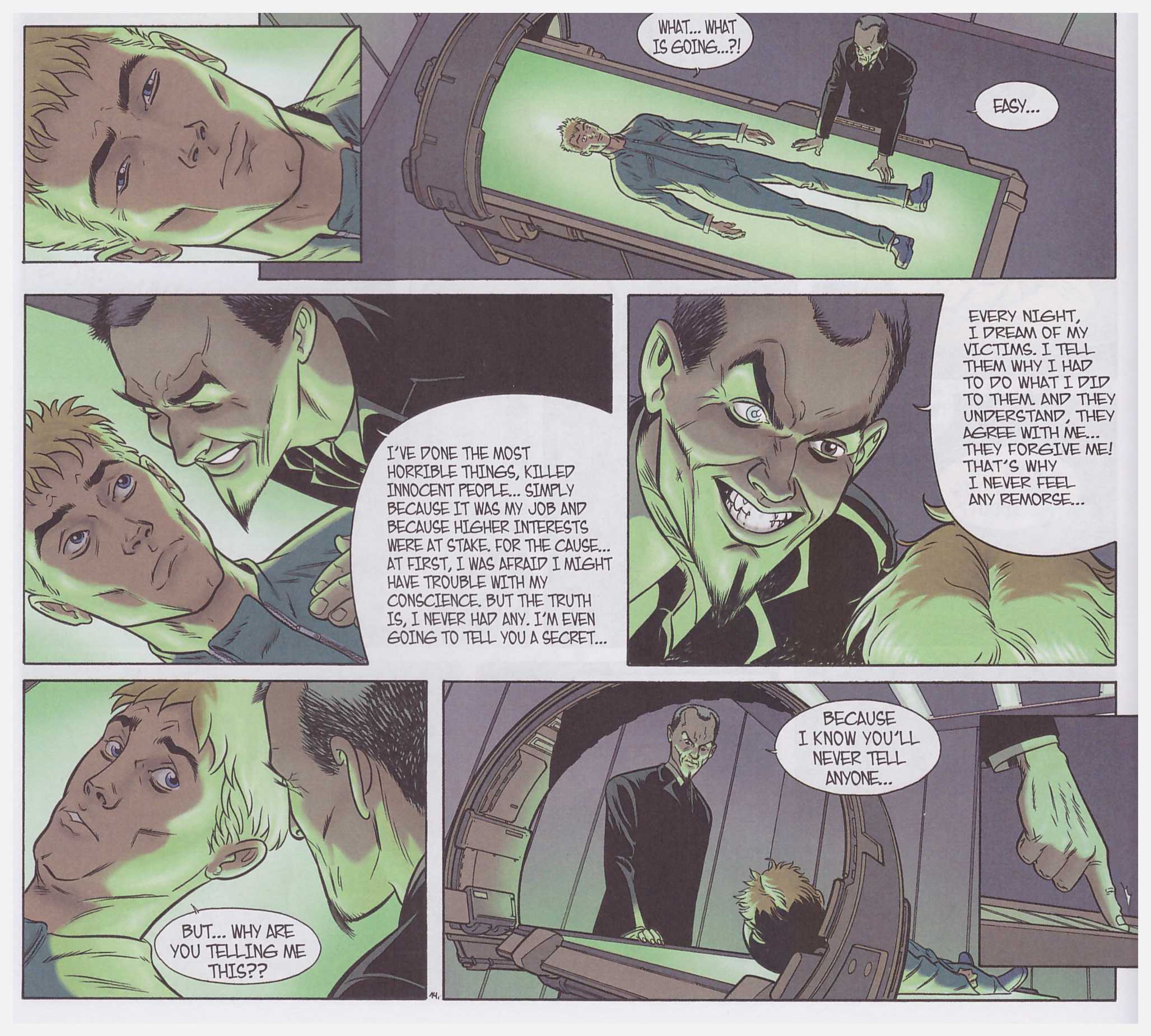 It bears mentioning that to date there’s no need to follow the numerical release sequence when reading Alcante’s fables about technology and the seven deadly sins. Each can be read individually with no reference to the others, the only common denominator other than theme being a brief appearance from a bag lady hinting at the future. There was a slight mis-step with the second volume’s Sloth, but with that exception all are recommendable, and Envy is the best to date. Unfortunately it’s difficult to discuss why without revealing a pertinent issue concealed until a third of the way through. Don’t read beyond the fourth paragraph if you’d prefer not to know.

The artist changes with every new volume, and it’s now the turn of excellent Belgian illustrator Alain Henriet. His pages are squarely within the tradition of French adventure comics using a ligne claire style with little shading, and his storytelling flows so smoothly that it’s not until you go back to study the pages that you realise how good he is.

Alcante once again delights via seemingly meaningless interludes of a fireman and a preacher being interspersed between the pages of the main narrative seemingly without purpose, yet delivering a good surprise when all is revealed.

Charlton Roy is an industrialist involved in some very secret research. He’s a harsh and unforgiving individual, and claiming “these days nobody seems to be able to accept their lot in life unless it’s a good one” about sums up his uncaring attitude to his fellow man. He’s unconcerned about alienating people, and conditions for his employees consistently deteriorate both financially and in terms of safety. Investigating one possible problem Tibor and Eva, a married couple of Hungarian immigrants, receive a severe electrical shock. The strangeness then begins.

When examined by a man in a white coat Tibor doesn’t react as the authority figure assumes he will. That and the following circumstances establish that neither he nor Eva are what they consider themselves to be, and the remainder of the book first covers their attempt to establish who they are, then how they might prevent what’s been occurring. Envy is at the core of Alcante’s plot, but in a tenuous manner, as he’s dealing with the greater concept of identity, and what it is that completes us as human. Can we be programmed in convincing detail? This, though, never overwhelms the primary purpose of producing a tense thriller. The outcome is uncertain until the end, and the surprises keep coming.

It’s possibly coincidence, but almost every story in the series to date has featured a parental relationship in need of repair. Even those that seem to start out well disintegrate. Is Alcante attempting to tell us something? We’ll be checking Wrath for clues. Although there’s been no new English translation of Pandora’s Box since 2012 Cinebook’s current plans don’t rule out completing the series.