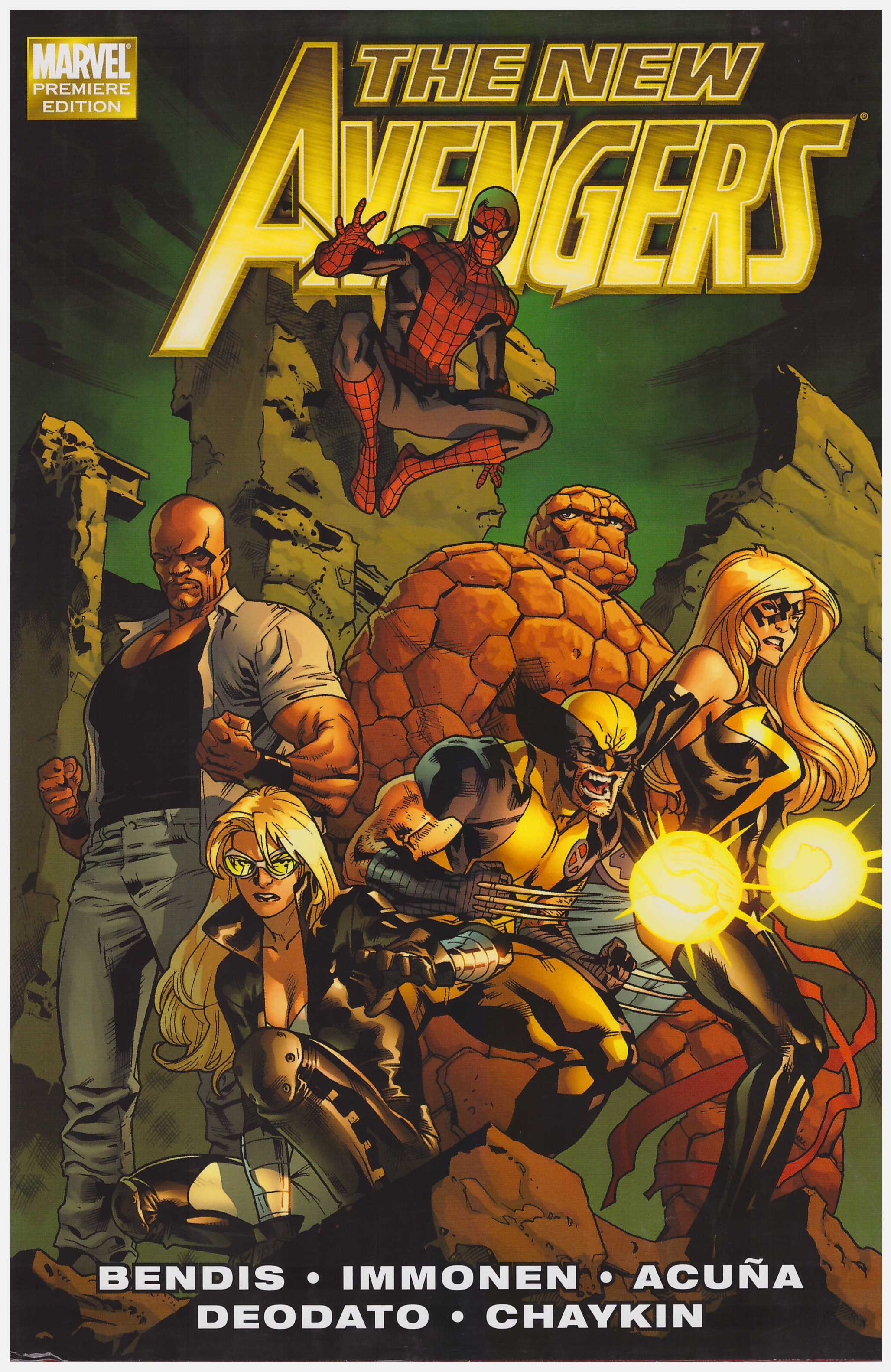 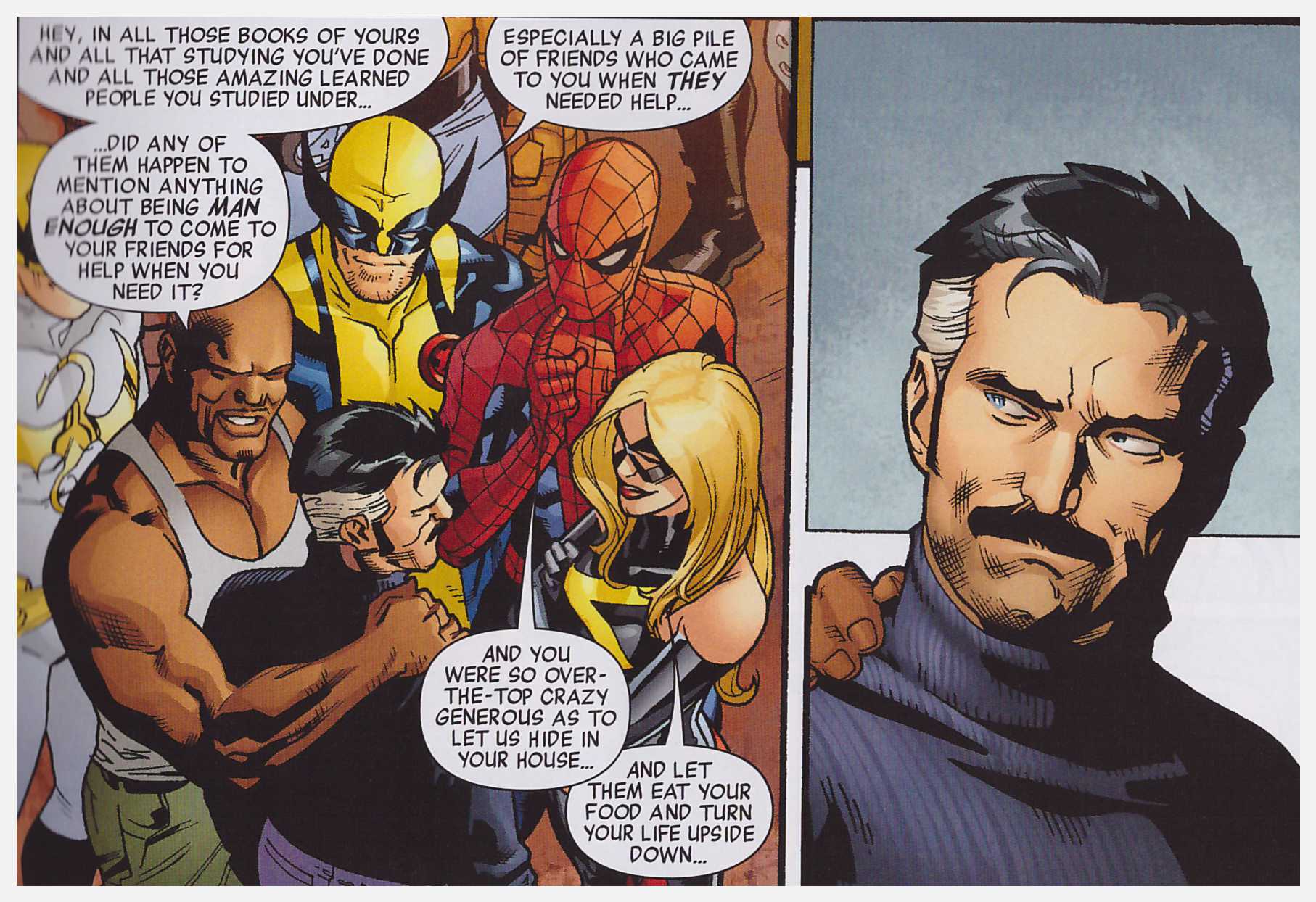 This is an altogether more satisfying volume than its predecessor, at least in story terms. There are some proto-Avengers in 1959, some domestic comedy, an Avenger at death’s door in the present day and it seems Norman Osborn’s H.A.M.M.E.R. organisation isn’t as completely decimated as previously believed.

Starting with the latter, writer Brian Michael Bendis is playing a very clever is she or isn’t she? game of bluff and counter bluff with Avengers liaison Victoria Hand. Once a high ranking H.A.M.M.E.R. agent herself, some Avengers maintain their suspicions about her despite Captain America’s personal backing. It’s not a question resolved in this volume, and neither is the threat of a resurgent H.A.M.M.E.R.

That sequence is drawn by the ever-impressive Mike Deodato, equally at home illustrating the grubby interior of a precinct house or the Avengers taking apart a H.A.M.M.E.R. base. His pages though are intertwined with a plot that for some considerable while appears to have no connection: Nick Fury gathering a team of agents in 1959 and calling them the Avengers. There’s a joy in the accumulation of familiar faces, and it all ties together in satisfying fashion by the conclusion, but the bigger puzzle is the art. Howard Chaykin is credited, although one suspects other hands at work as the backgrounds are gloriously constructed while the figures Chaykin lays over the top are at best slapdash and at worst wretched. Even at his most rushed in years gone by Chaykin supplied correctly proportioned people, but here that’s a bonus. It’s astonishing enough that some pages were considered acceptable, never mind that the whole concept prompted Chaykin to have an Avengers 1959 project green-lighted.

Stuart Immonen’s solid pencils grace an opening chapter of the Avengers sitting around the mansion and chatting, the whip sharp dialogue very much working to Bendis’ strengths. That’s also a feature of the following chapter’s opening pages as Luke Cage and Jessica Jones discuss her future superhero career (or not), before Doctor Doom comes calling. The sparkling dialogue and Daniel Acuña’s art makes up for cheating readers regarding the bigger picture with a need to know cop-out.

So, uneven overall, with some great art and character pieces and a decent superhero battle very much dragged down by Chaykin. The series continues in Avengers: Fear Itself before reconnecting in volume three. 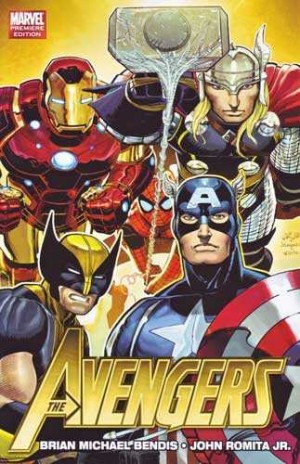 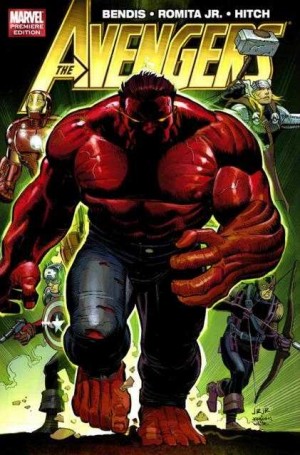 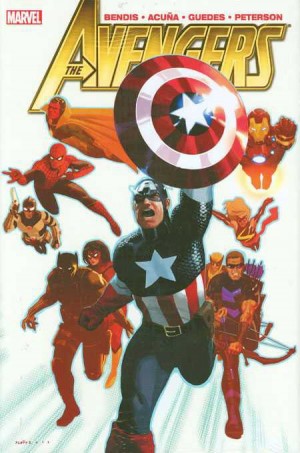 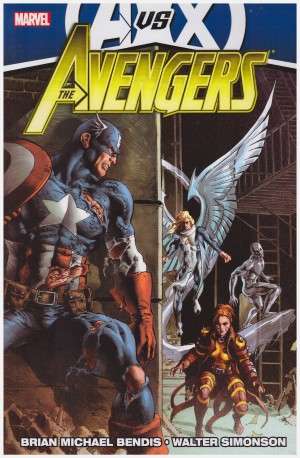