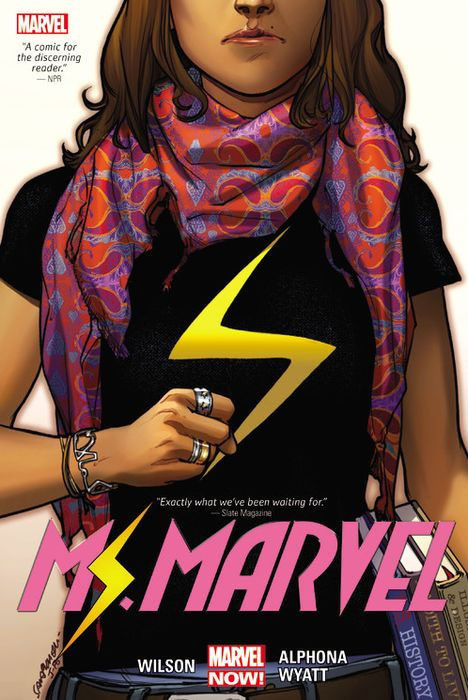 This hardcover collection brings together the first year of the new Ms. Marvel, previously collected as No Normal and Generation Why. Republishing these stories so soon after their initial collection demonstrates considerable faith on the part of Marvel in this material and the public’s response to this. This faith is entirely justified, as this is top-notch material.

The new Ms. Marvel, created by writer G. Willow Wilson and editor Sana Amanat, is Kamala Khan, a teenage first-generation Pakistani-American living in Jersey City, who finds out that she has Inhuman genes when she wanders into a cloud of Terrigen Mist. Inspired by the example of Carol Danvers, and other Avengers, she takes upon herself the role of resident Jersey City superhero.

This is not a typical superhero comic of the 2010s. If anything, it harks back to Marvel comics of the 1960s, and in particular the early Amazing Spider-Man. Kamala Khan faces the same problems of finding her identity and balancing her superheroic identity and her school work that Peter Parker had to deal with, but as a Muslim heroine, Kamala differs from Spider-Man. She embodies the sort of issues about the immigrant experience that have always been inherent to Superman.

Wilson’s writing is absolutely first-rate – warm, witty, and with genuine affection for her characters, all of whom are delineated as real people, rather than stereotypes. There are frequent surprises when characters don’t behave according to how the reader has initially judged them.

The artwork by Adrian Alphona is excellent. Cartoonish, it is very untypical of a superhero comic, but it is expressive, and perfect for the contents. Fill-in artist Jacob Wyatt tries to capture Alphona’s approach, and at least doesn’t revert to standard superheroics – but he is not quite as good as Alphona.

Ms. Marvel engages with the modern American experience in a way that many superhero comics, stuck in the past and only concerned with a narrow demographic of readers, just can’t. It reaches out to the sort of people who would ordinarily not dream of reading comics, and it is significant that Ms. Marvel has sold very well through non-traditional outlets such as online. It has sparked a series of imitators – the current run of Batgirl, Squirrel Girl, Spider-Woman. It is also one of the very best comics currently being produced, recognised when the No Normal collection won a Hugo Award for Best Graphic Story. 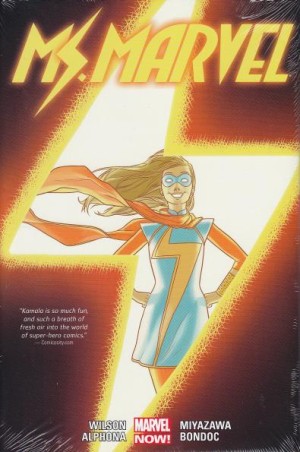 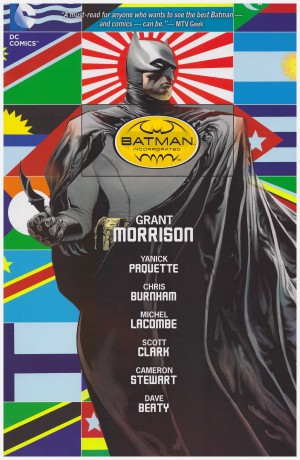