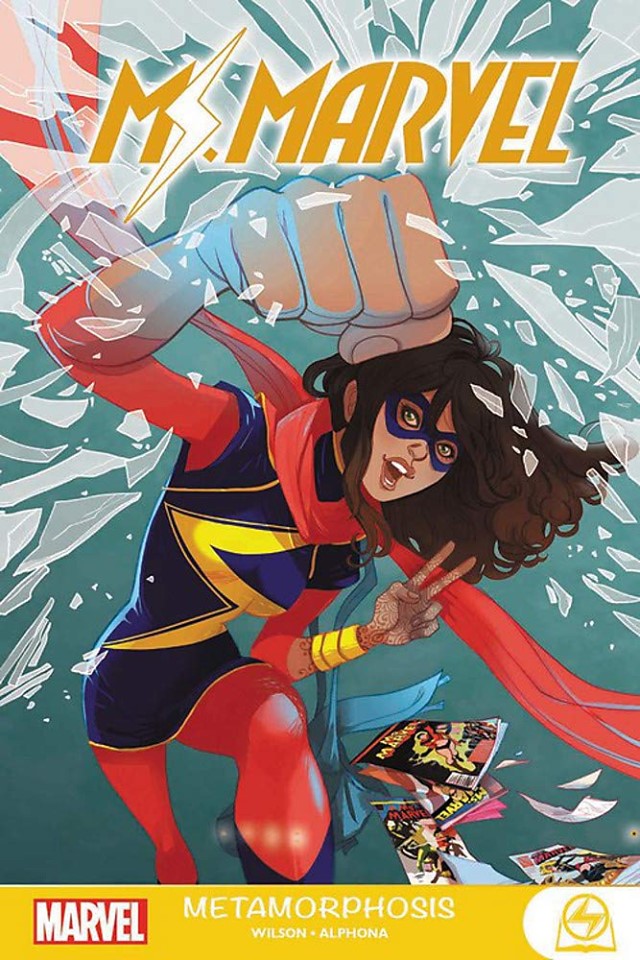 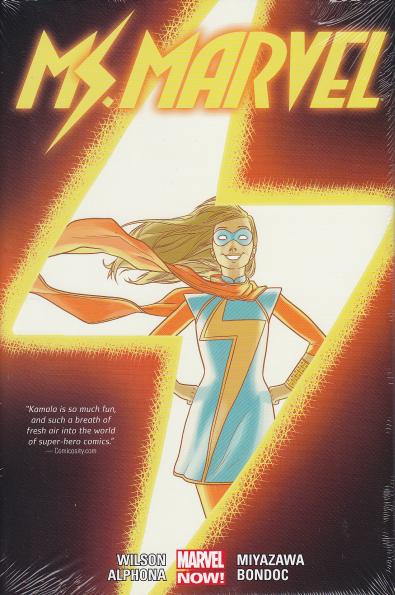 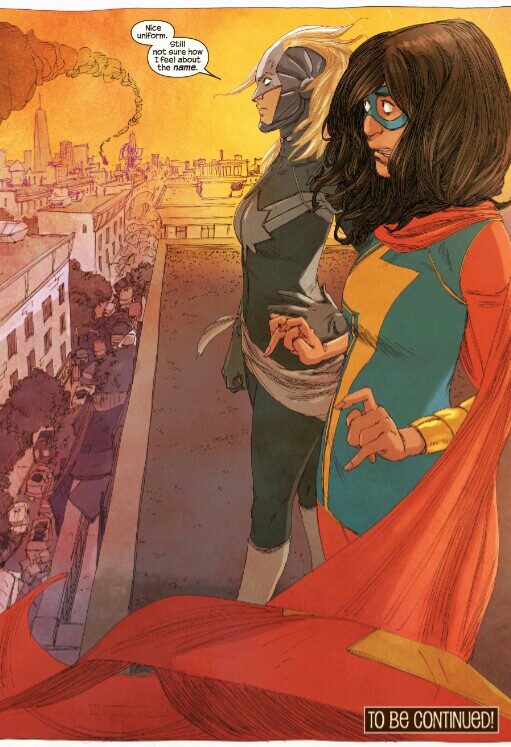 The second bulky paperback of Ms. Marvel collects the remaining part of the title’s first series, from 2015. The material here was previously collected in Crushed and Last Days, or this same content in hardcover as Ms. Marvel Vol. 2.

These stories cement Ms. Marvel‘s position as one of the essential Marvel comics of the past few years. Here we see our Pakistani-American, Jersey City-based heroine further involved in the wider Marvel universe, encountering Loki, the Inhumans, and her role model, Carol Danvers. Writer G. Willow Wilson, however, remains aware that the series core is Kamala’s relations with her friends and family, and these continue to be delinated wonderfully. Artwise, co-creator Adrian Alphona is absent for the first half, replaced by Elmo Bondoc and Takeshi Miyazawa. Both are good in their own ways, and the anime stylings of Miyazawa are particularly attractive. Nevertheless, Alphona set the template for this title’s style, and it’s a definite pleasure when he returns. Wilson seems to step up a gear when he does, and together they produce a real highlight, probably the best of all the stories connected with the Last Days event. It’s sweet, romantic, elegaic and lovely. Ian Herring colours wonderfully throughout.

There are also a couple of stories here that show other writers trying to leap on the Ms. Marvel bandwagon, one from S.H.I.E.L.D. written by Mark Waid (art by Humberton Ramos), and one from Amazing Spider-Man by Dan Slott and Christos Gage, drawn by Giuseppe Camuncoli. It’s safe to say that neither particularly adds to the volume.

That doesn’t matter. As the pull quote on the cover says, Ms. Marvel is a strong gust of fresh air in the modern comics worlds, a throwback to a time when comics were fun, and not full of implausible revelations about the central characters – yet at the same time it’s very much a comic for today’s world. If you haven’t read these stories, you owe it to yourself to do so as soon as possible.