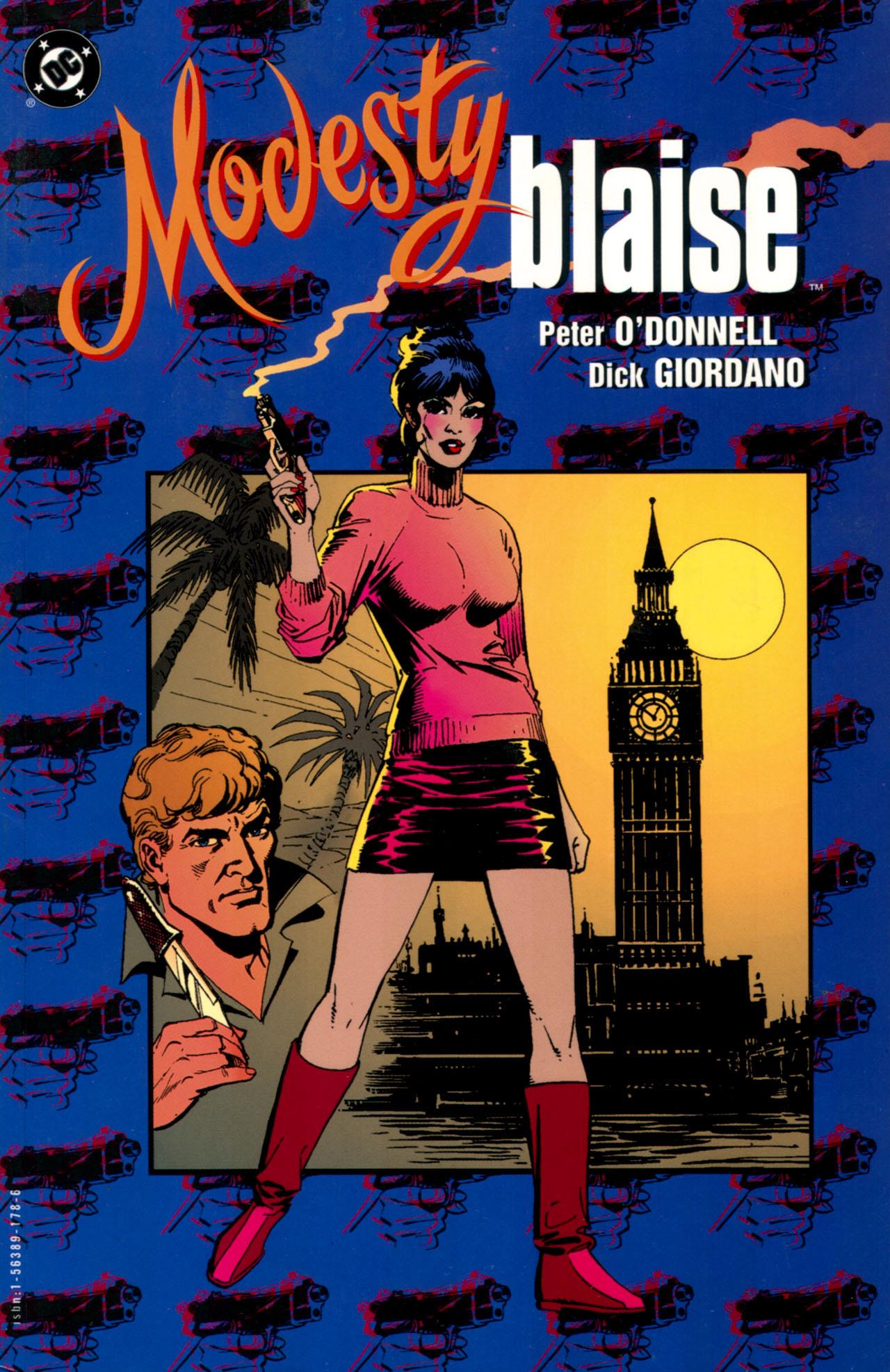 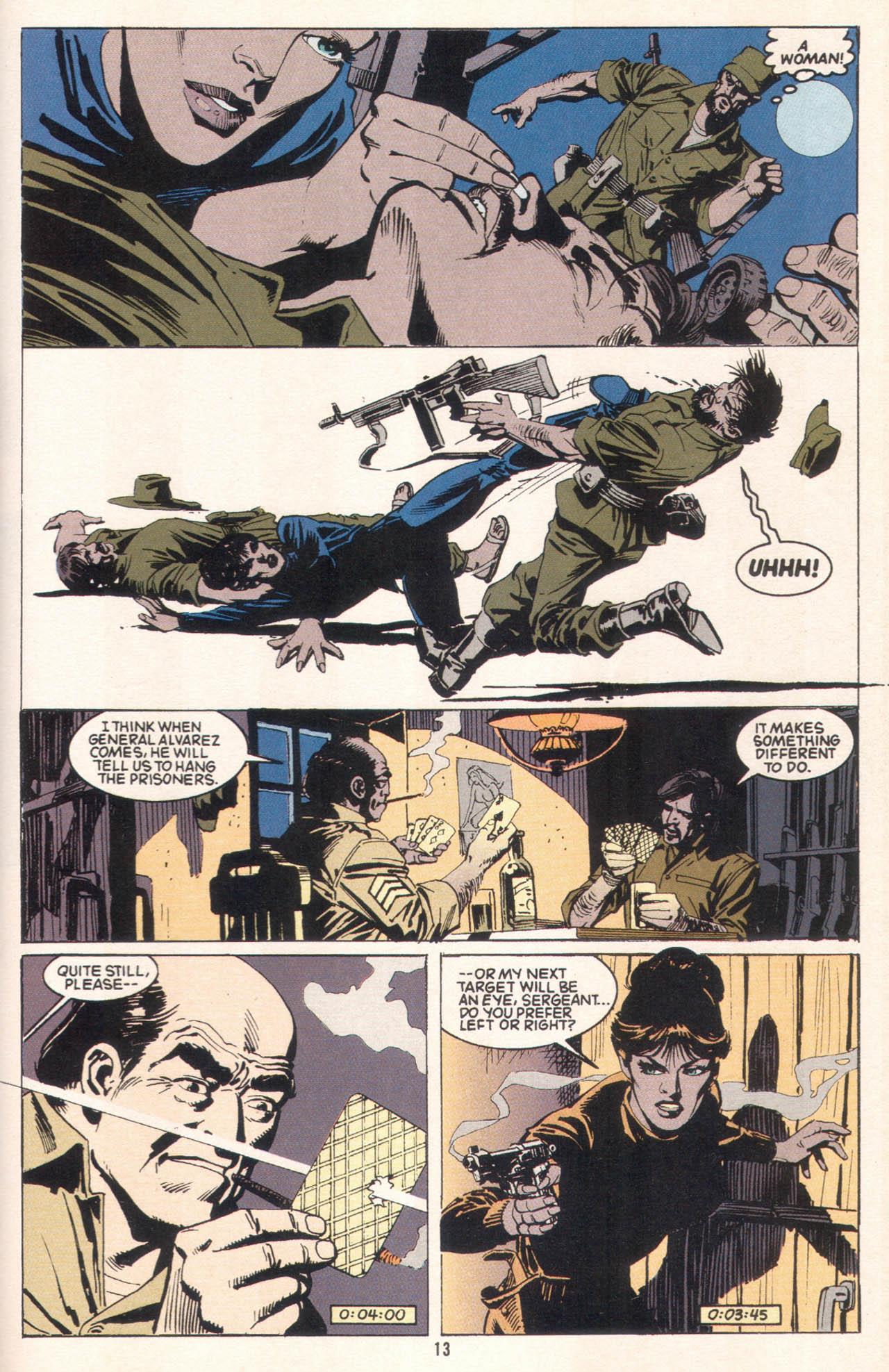 Modesty Blaise began and ended as a newspaper strip, running for 38 years and always written by Peter O’Donnell. During that time she also transferred to novels and cinema screens, but this was her first graphic novel. It adapts the first novel from 1965, also just titled Modesty Blaise.

It relates a story otherwise only noted in passing during the course of the newspaper strip. Much of Modesty’s her background prior to becoming an independent investigator often used by the British Secret Service was filled in during the course of the newspaper strips, but her first meeting with the head of MI5 had never been detailed. Our story opens with Modesty already set up in London, and visited by Sir Gerald Tarrant, who impresses with his honesty rather than the manipulation associated with his trade.

Modesty had previously run a successful criminal organisation (vehemently opposed to drugs and prostitution), her right hand man being Willie Garvin, now languishing in a South American jail. That, though, is merely the prologue, with the primary plot concerning the transportation of diamonds from South Africa to Lebanon. It’s explained why this has to be by sea, and Sir Gerald’s experience tells him that an attempt will be made to steal the cargo.

The scripting is clever. O’Donnell’s method of introducing his concealed plot elements was well honed from the newspaper strip, and is seamless here with regard to establishing Garvin’s skills. He was well ahead of his time in establishing Modesty as accomplished and intelligent among newspaper strip women traditionally little more than window dressing, and that extends here. He accentuates how she runs rings around men who patronise her, and while Garvin is a sensible back-up when physical activity is required, there’s a never a suggestion that she’s not capable herself. The plot twists, with the villain never in doubt, but the method the mystery. Many characters familiar from the newspaper strip appear in modified form here, in what was written as a screenplay prior to its novelisation.

Dick Giordano was best known as an inker, but he’s certainly a capable penciller with the necessary graphic style to work within the look of the newspaper strip, and not many could have pulled off a Wile E. Coyote cameo equally well. There were obviously deadline problems, though, as several pages towards the end of the book are by an uncredited Dan Spiegle, who also has a good sense of layouts, but lacks Giordano’s delicacy of line. At the beginning the art is enhanced by a subtle colour scheme that renders almost the entire story in muted shades with only the bright red of Modesty’s clothing accentuated. Two colourists are credited, with no indication whether its Sherilyn Van Valkenburgh or Gregory Wright responsible for those earlier pages where this works best.

At 160 pages there is some padding. Modesty and Garvin separately relating their pasts has too many shared moments, there’s fair time spent to heading to the main set-up, and at times O’Donnell has the cast explain the plot. It’s necessary in daily newspaper strips, but stands out here. For all that, his plotting is always meticulous, and anyone who enjoys Titan’s Modesty Blaise collections should be equally pleased with this. 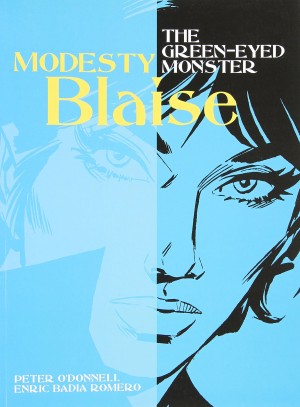 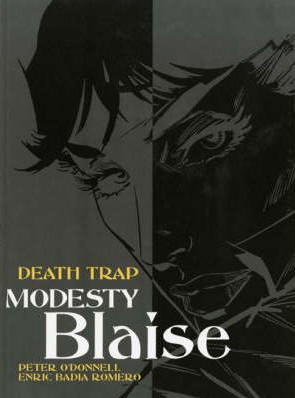 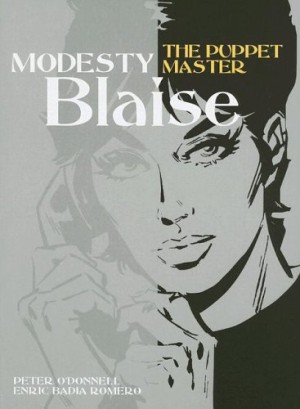 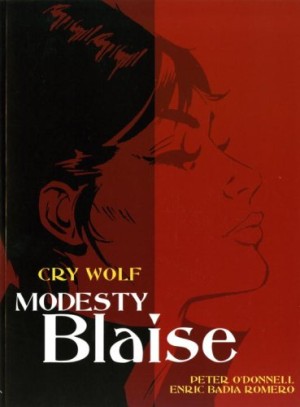