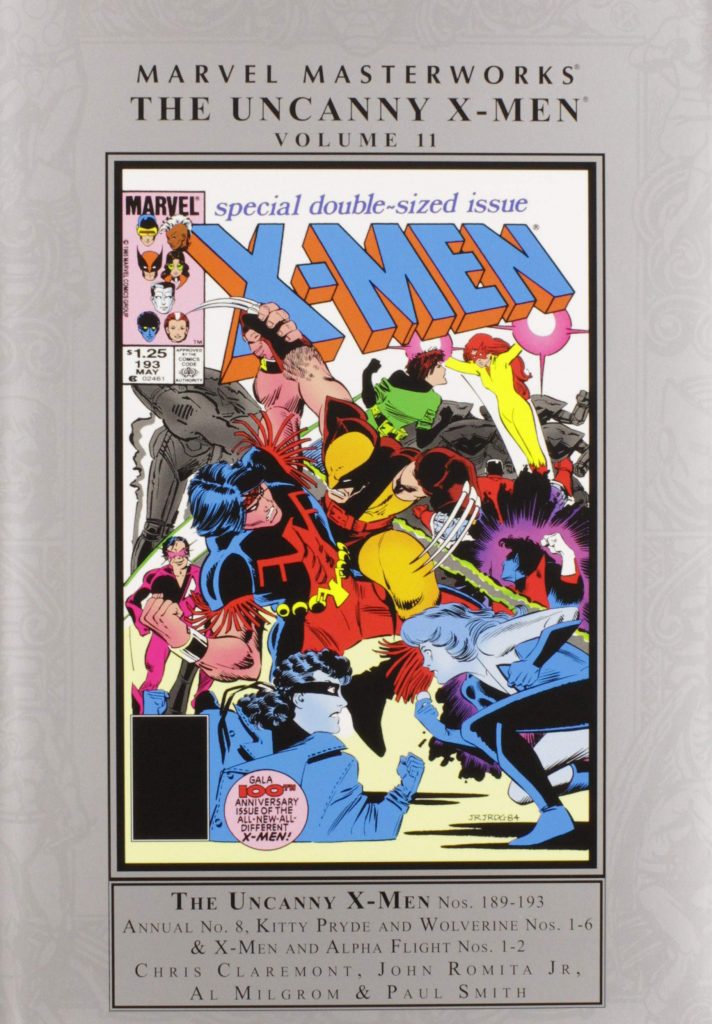 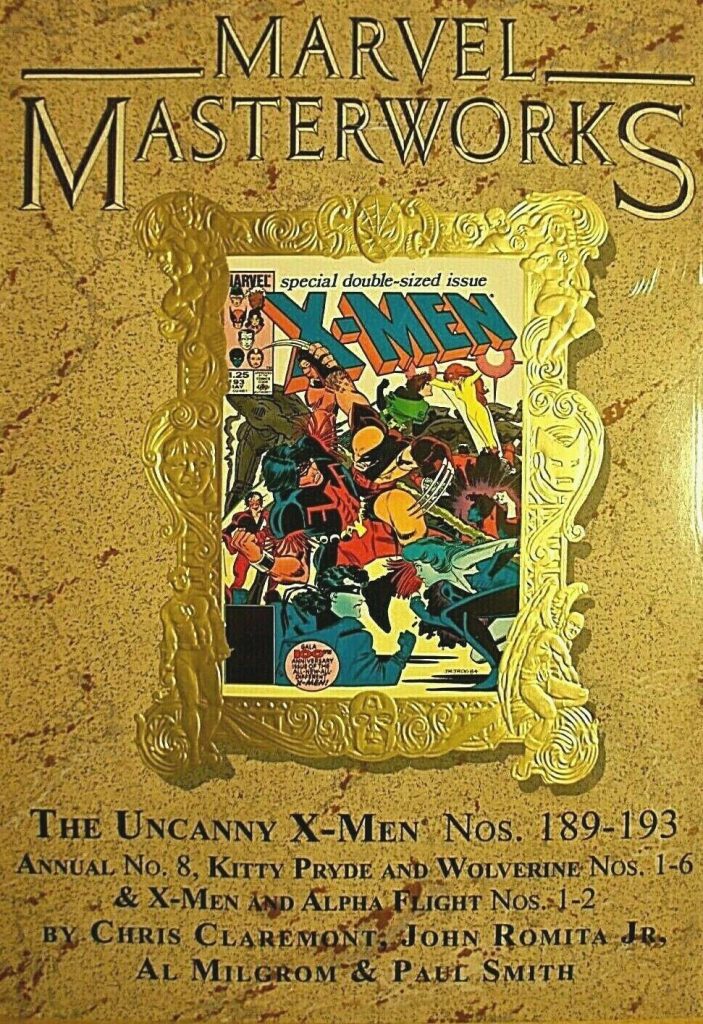 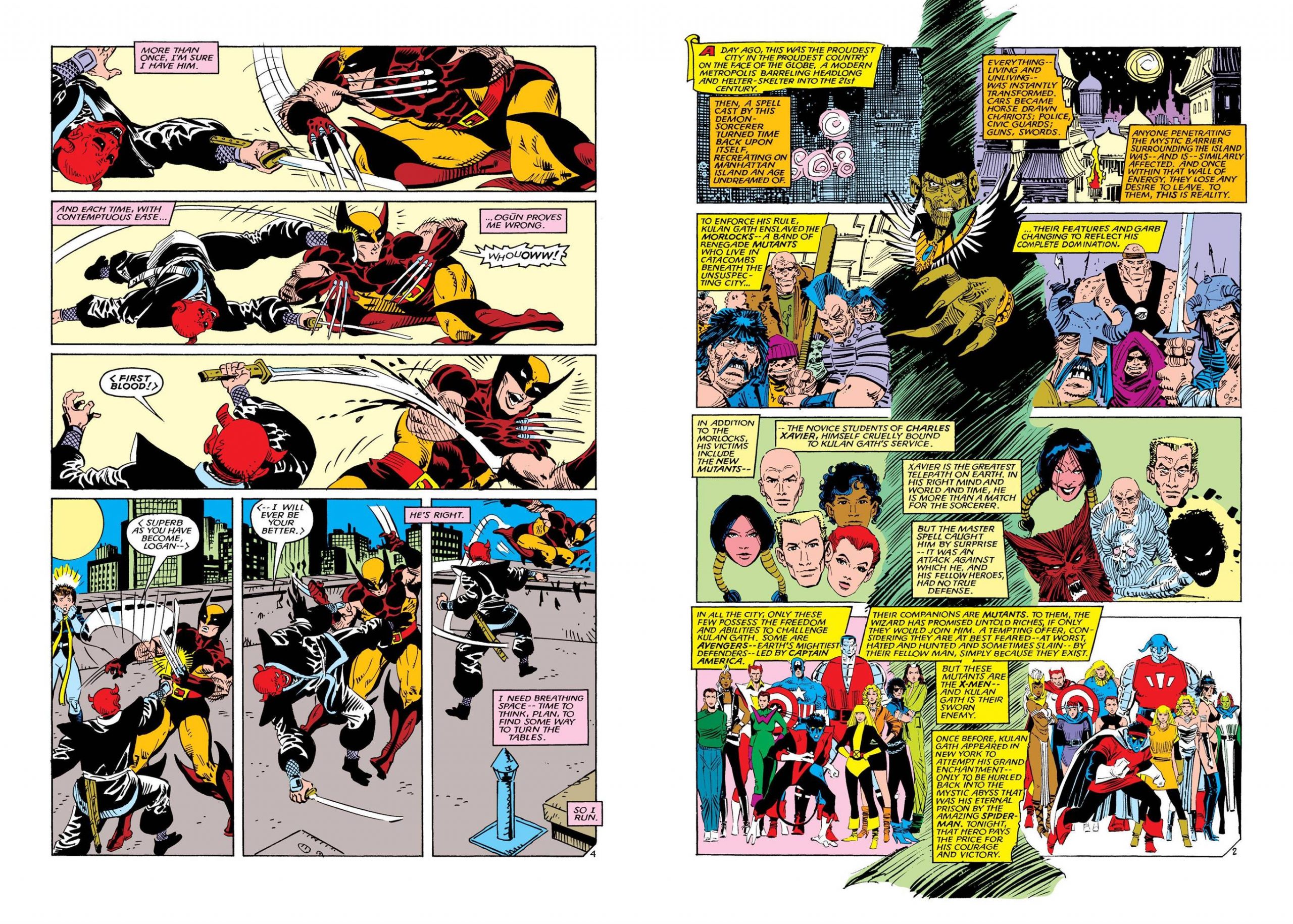 On balance, it’s probably better that Masterworks collections have grown to include material not from the core series being reprinted, but impacting on it. However, the frustration of readers who’d just prefer to see the regular issues in this expensive format is understandable, especially when just five of them are included here and the Masterworks collections have reached an era of X-Men issues never previously collected.

Masterworks 11 begins with six chapters teaming Kitty Pryde and Wolverine by Chris Claremont and Al Milgrom. Claremont’s purpose is to mature the young Kitty Pryde, making her a more effective X-Man, but his method is an overly complicated piece set in Japan that goes on too long and never has the nuts and bolts adequately explained. Milgrom makes good use of the weather and lays out the pages interestingly, but his technical ability ranks lower than any artist previously seen in an X-Men Masterworks.

It’s immediately shown up by Romita Jr’s first contribution, which spookily begins with a woman from the future looking at the World Trade Centre’s twin towers and remembering their destruction. Claremont wrote it in 1985. It’s part of the X-Men being caught in a power struggle between two exceptionally powerful sorcerers, one of whom transforms Manhattan into their alternative version. It’s a complex story over two parts with a prologue, also featuring the Avengers, but look at the effort Romita Jr puts into the recap page. His version of Warlock (robotic alien lifeform version) is phenomenal as well. However, Claremont is moving well into his verbose period. The art is swamped with world balloons of characters exclaiming or explaining, with added thought balloons of them emoting. At the time considered to be adding depth to personalities, it’s not a technique that’s dated well. Rachel Summers is especially prone to several angst-ridden, art squashing thought balloons whenever she’s featured.

The final regular issue was Claremont’s hundredth, all consecutive, and he revisits the plot introduced in his first story of Thunderbird being killed on the new X-Men’s first mission. His brother holds the X-Men responsible and calls the team out. The plot twists nicely, but is swamped by too much that’s not necessary, and scenes that begin to repeat.

Steve Leialoha’s art for the space opera fairy tale of Kitty and her dragon is primarily only figures after a detailed beginning, and Claremont’s tone makes for a young adult comic story in the days before such things were common. It’s sweet, but largely unmemorable.

A teaming of X-Men and Alpha Flight ends the collection. Compressed to a single chapter there would have been something about this idea of a new world where all ills can be solved, but only by a sacrifice. However, it drags on far too long at almost a hundred pages, while Paul Smith’s art has its moments, but isn’t as refined as his contributions to Masterworks volume 9. It was previously found in either Asgardian Wars or X-Men: Alpha Flight. For that matter, Kitty Pryde and Wolverine is available as a separate hardcover also. Follow the links for more in-depth reviews.

Quality has varied considerably over the past few X-Men Masterworks, and this isn’t one of the better volumes. The ideas and variety are stronger than in Claremont’s earlier writing, but increasingly drowned in an excess of angst.