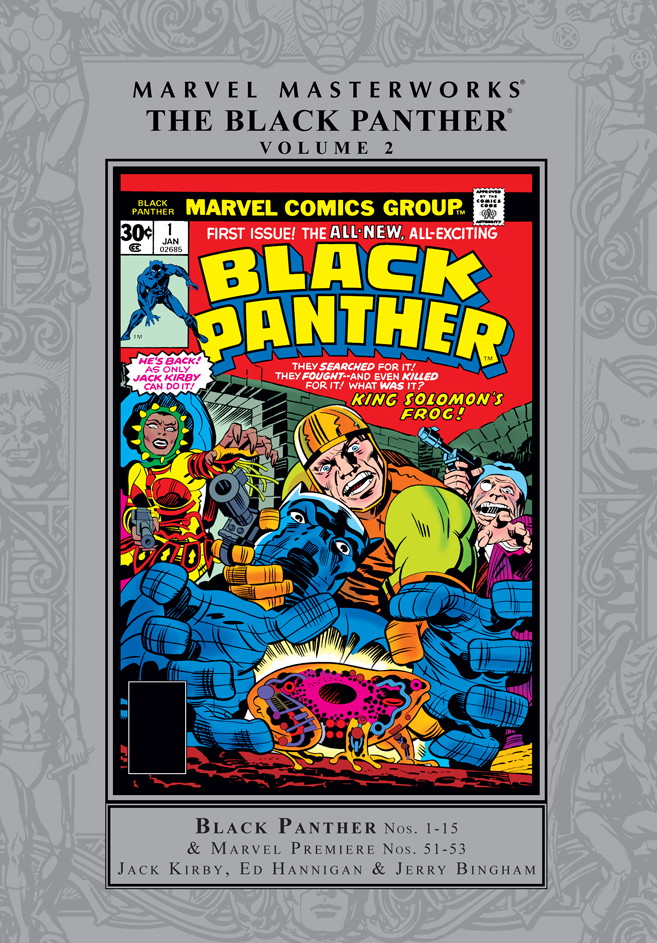 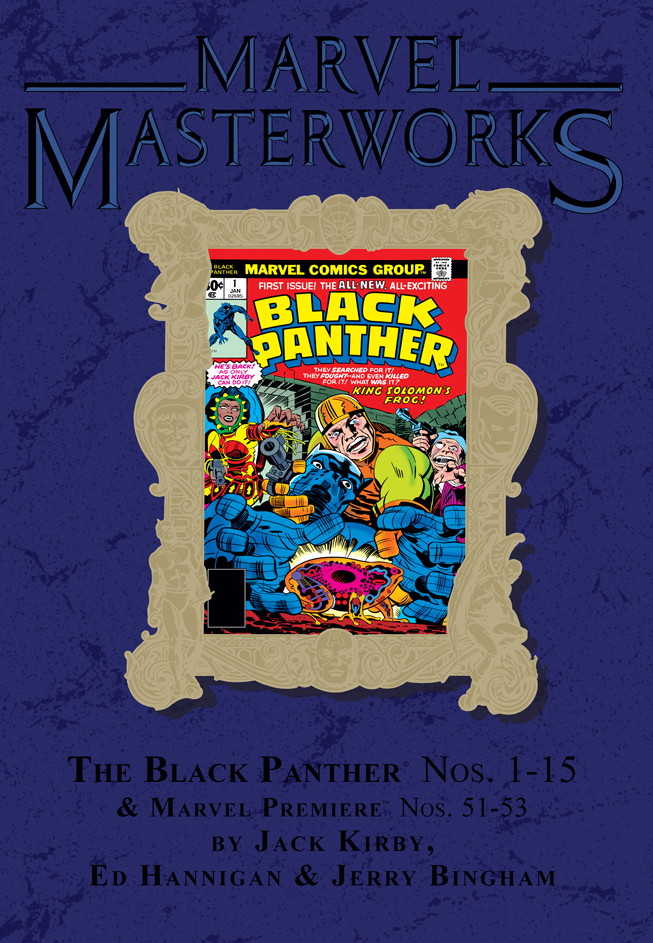 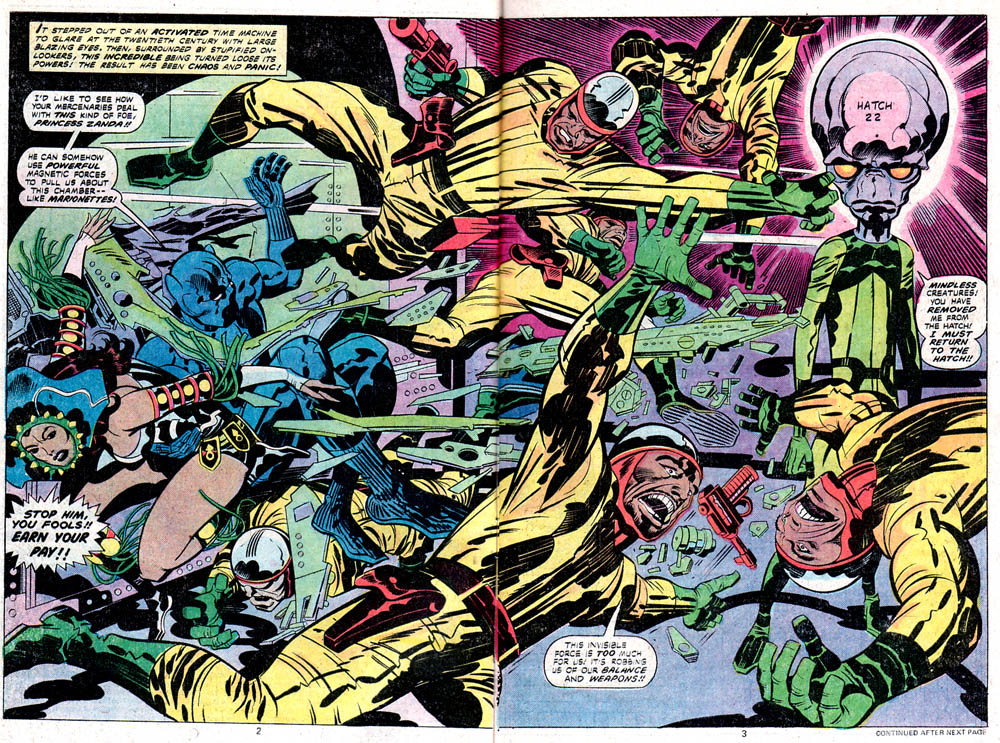 This is a collection where common sense works against the Marvel Masterworks policy of publishing material in strict chronological order. When Jack Kirby returned to Marvel in 1976 the existing Black Panther feature by Don McGregor was dumped, and Kirby was handed the opening issue of a new title. He went on to produce a dozen issues, at which point Ed Hannigan and Jerry Bingham were drafted in to clear up the story of the Panther against the Klan cancelled mid-story, and which ended the opening Black Panther Masterworks volume.

Kirby wasn’t keen at returning to work on the Panther, but acquiesced. Nor was he keen on completing the stories of others, so at the time it was rather a shock to find the Panther recast as an Indiana Jones style adventurer. He was thrust into a race with assorted collectors to acquire objects of unknown significance, primarily an artefact of power known as King Solomon’s Frog. This material had already been published as two paperback graphic novels, and more detailed reviews can be found in reviews of them starting here. The contracted version is that half the content is wildly imaginative material told at a breathtaking pace with some stunning art, but the remainder is the work of a man who’s lost interest.

Kirby didn’t complete his story, left to then editor in chief Jim Shooter plotting, Ed Hannigan scripting and the art team of Jerry Bingham and Gene Day. There’s no attempt to match Kirby’s art style, and while Hannigan at least attempts consistency with the Panther’s internal dialogue it’s an inspiration free zone.

That concluded, Hannigan and Bingham provide an innovative encounter with the Panther’s earliest foe Klaw. The basic plot’s sound, but wrapped in much posturing as the Panther reveals Wakanda to the wider world. The creative team then turn their attention to the previously cancelled material. Hannigan modifies the Panther’s speech patterns and thought balloons to reflect the character previously written by McGregor, but he’s a different writer and the verbosity intended as reflective transmits as expository. Hannigan explains the long period before following up on events as a mysterious lapse in the Panther’s memory, and while his plot covers all elements of the tale previously set in motion, it’s not a very satisfactory ending. Bingham, however, is very efficient, and uses the variety of surroundings to provide some decorative art.

This book closes with a short tale by Chris Claremont and John Byrne, the first indication that Storm and the Black Panther had met in Africa when much younger. There’s nothing remarkable about it, but as Christopher Priest points out in his introduction, it had some long term ramifications.

‘Schizoid’ is the most apt description of this collection. It allegedly features the same Black Panther, but you’d not know it from three very different approaches. The frenetic early Kirby material while he still maintained an interest is the best of it, and unless there’s a compulsion to own all Panther material it’s best purchased separately and this hardcover left on the shelf.