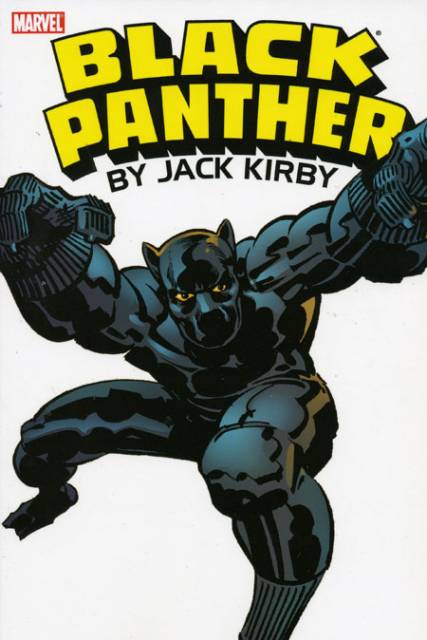 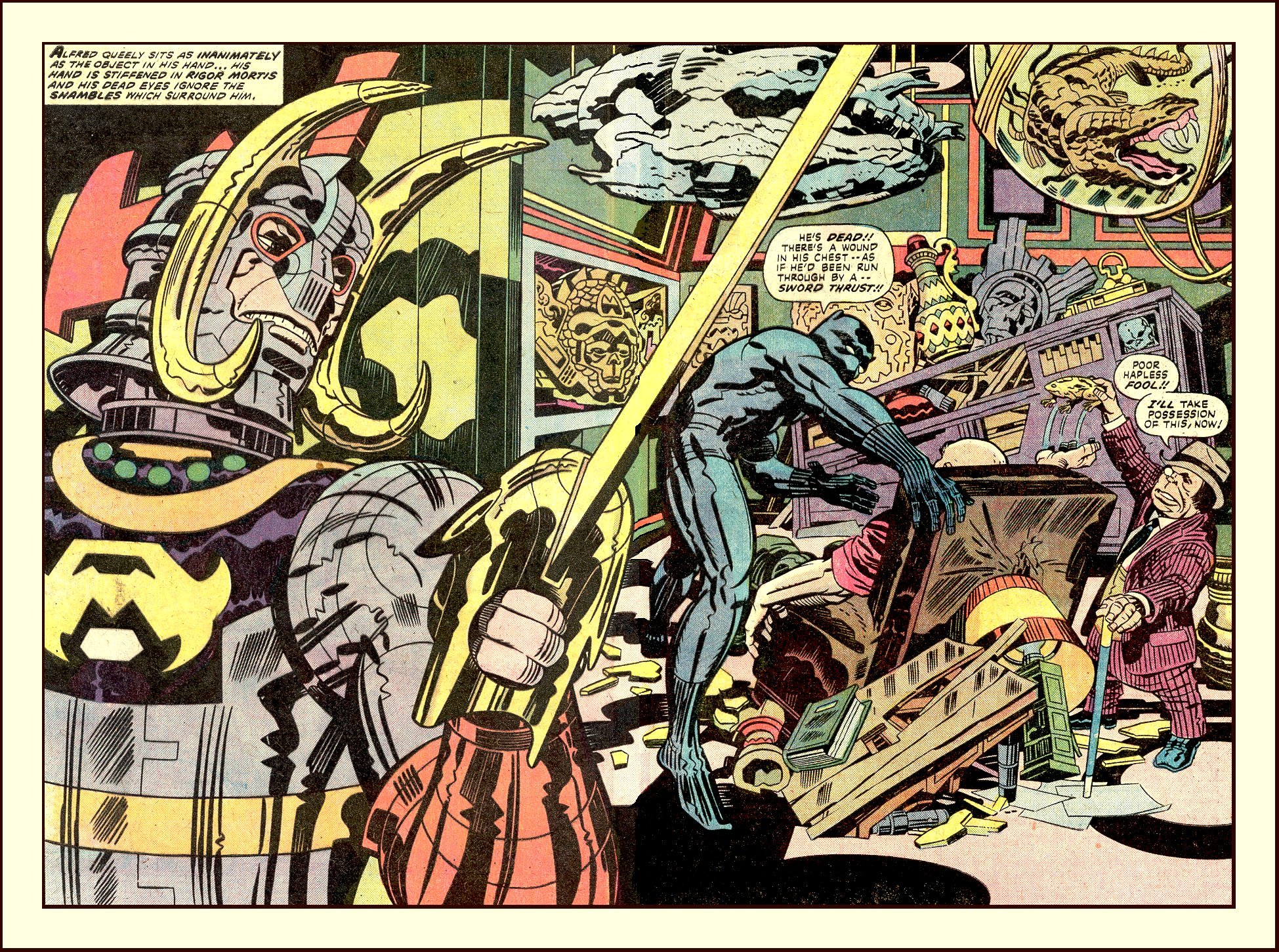 When published in 1976 -1977 Jack Kirby’s Black Panther material received short shrift. Don McGregor had spent several years cultivating the character as an urbane technocrat overseeing a society where tradition maintained a simultaneous stature. This extrapolated on what Kirby had created, but Kirby himself lacked any interest in previous material as anything but the barest background for his stories. Nor was he about to sacrifice the all-action posturing style of his artwork to emulate the lithe athletic sophistication of McGregor’s artistic collaborators. The previous audience instantly dismissed Kirby’s efforts as crude, and that’s the brush with which this material has largely been tarred in the decades since.

While it might be said this is better read in isolation, those critics were wrong. The frustration at the 180 degree difference in approach can be understood, but the comparison is between instinct and evaluation, and both are valid storytelling approaches. The method applied to the Black Panther in the years since this material is to ensure that skin colour is a central feature. That was another matter Kirby cared little about. The stories he wanted to tell concerned global adventuring, and the Black Panther was a means to an end via his resources and know-how. Think of these not as a superhero stories, but as Indiana Jones unrestricted by budgetary concerns.

In the seven issues gathered in this collection Kirby pits the Black Panther against technologically advanced soldiers with jetpacks, an armoured samurai, a being from the future with formidable mental abilities called the Six Million Year Man, the yeti, and acquisitive and avaricious collectors. The central object of eternal desire is King Solomon’s Frog, a mystical brass doohickey of unknown provenance able to open the door to time. This is wildly imaginative material told at a breathtaking pace.

Because he was constantly creating, Kirby bequeathed Marvel with plenty of elements for use over the years. King Solomon’s Frog would have a recurring role, as would Princess Zanda, a glamorous African Ruler. The most memorable character here, though, is Mr Little, a collector maintaining a greater sense of perspective, and accompanying the Panther throughout. His stature reflects his name, and he’s characterised by distinctive erudite speech patterns. He’s never been seen since, which is a shame for such a positively presented role model.

Kirby’s art is a problem for some, unable to see the dynamism and fantastic imagination past the odd piece of misplaced perspective or anatomy. That’s their loss. Sadly, volume two‘s not as good. Both books are now combined in the second volume of Marvel Masterworks: The Black Panther. 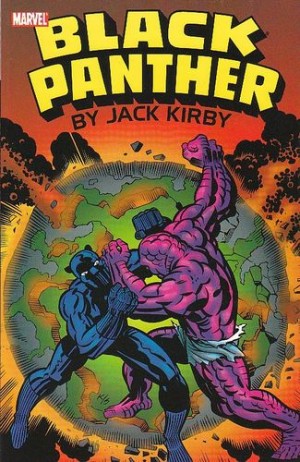