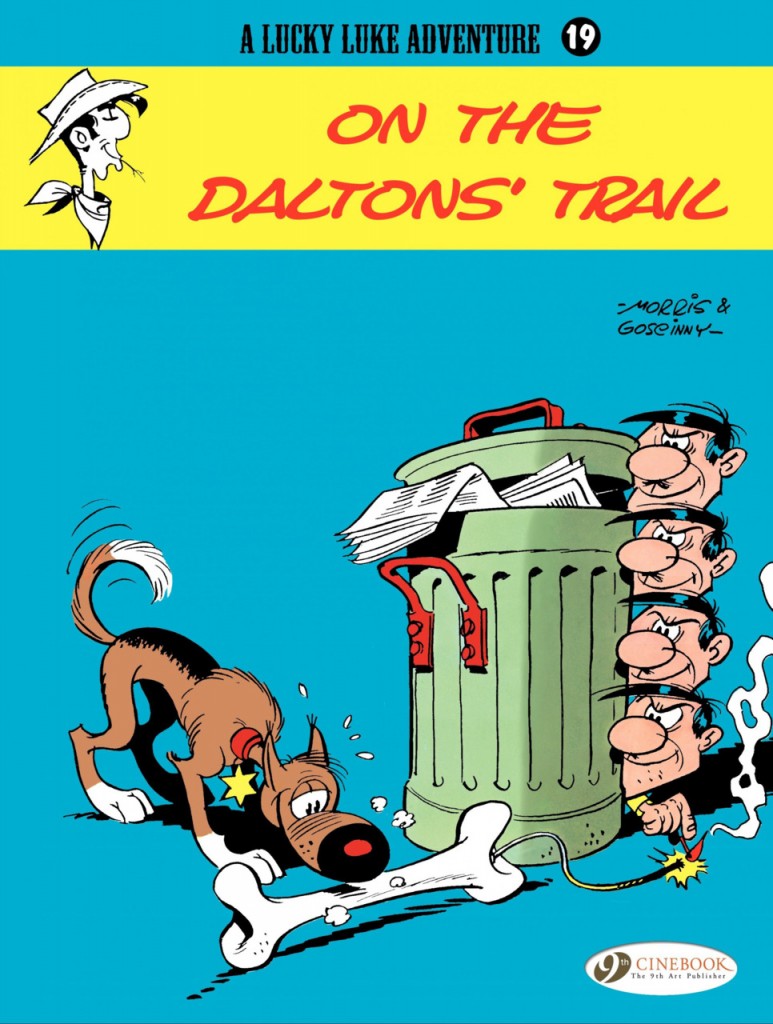 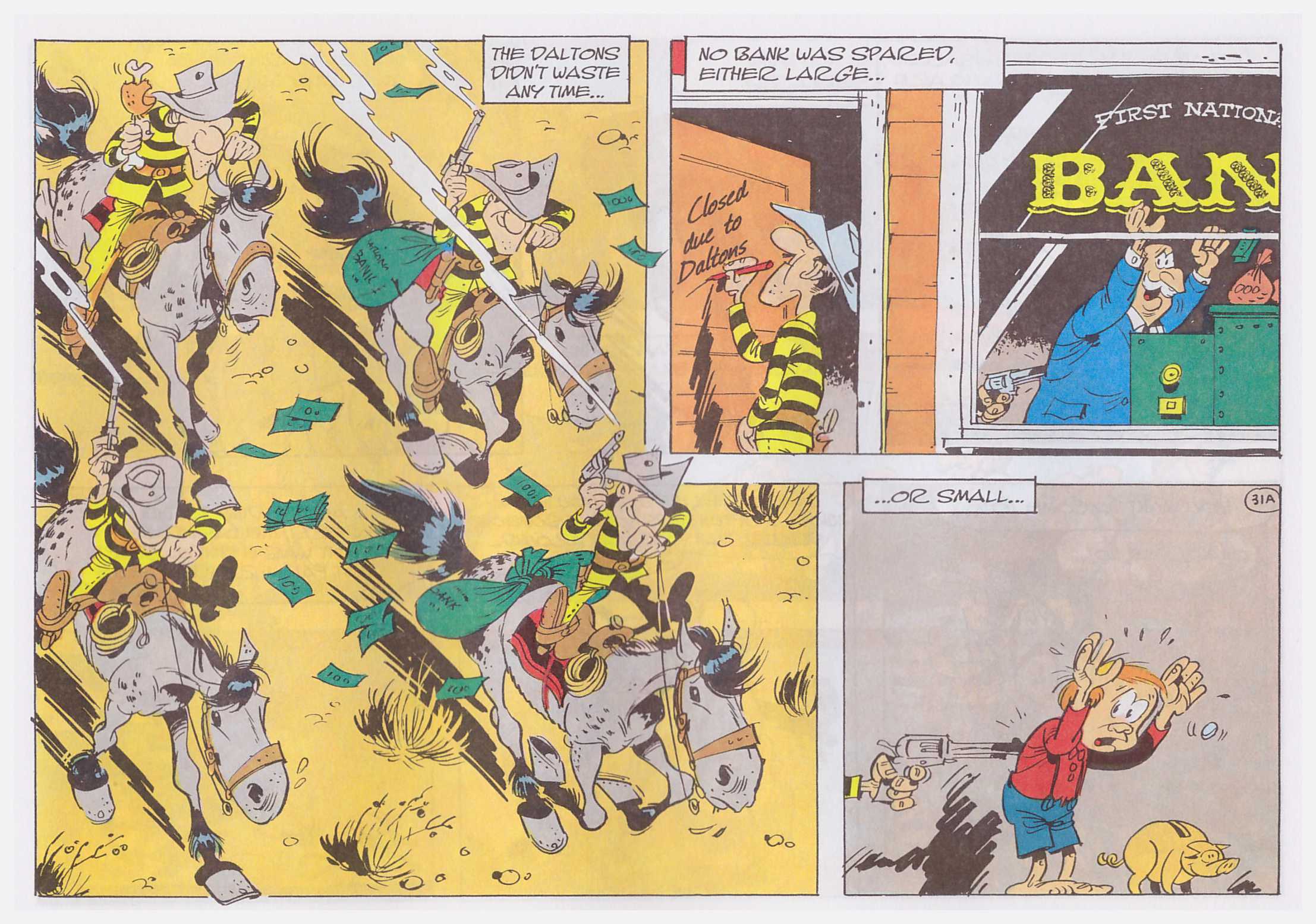 This is a rare instance where Cinebook’s release schedule numbering of Lucky Luke’s adventures almost coincides with the chronological sequence, this being the 17th book released and the fourth to feature the Daltons. Or third for those picky enough to point out the Daltons of Outlaws are their cousins.

The book introduces a much-loved regular supporting character, here christened Rin Tin Can, an obvious satire of unbelievably capable movie dogs. This hound is equally inept at guarding and tracking, and his attention can always be swayed by food. He’s designed by Morris as a dim, awkward, gangly creature, whose basic good nature is a natural defence against his incompetence, and in 1987 Morris would star him in his own series. In character he’s a sort of benign equivalent to Averell Dalton, and they strike up a relationship.

Morris is on fine form with gags about the Daltons’ differing heights. Always lining them up from smallest to tallest, he varies the theme by having them stand in totem pole fashion, and by often reversing the heights when they ride, so it’s always Joe on the largest horse and Averell on the smallest. In one instance this is even a cow.

When you have a dim dog associating with intelligence-deprived outlaws confusion is easily sown, and René Goscinny’s plot makes the most of the fiascos these opportunities present. He also includes a town fearful of the Daltons, a bizarre hostage exchange and a fitting finale with Rin Tin Can at his negligent best.

In 1998 a computer game titled Lucky Luke: On the Daltons’ Trail was released for PC and Play Station. Beyond featuring the characters playing true to type it’s not based on this book’s plot. In the Shadow of the Derricks is next if you want to follow the original continuity. 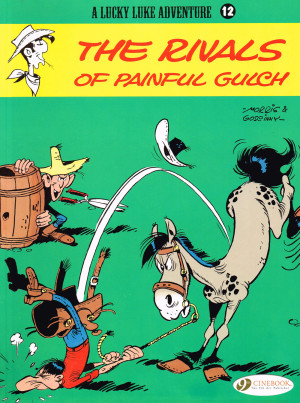