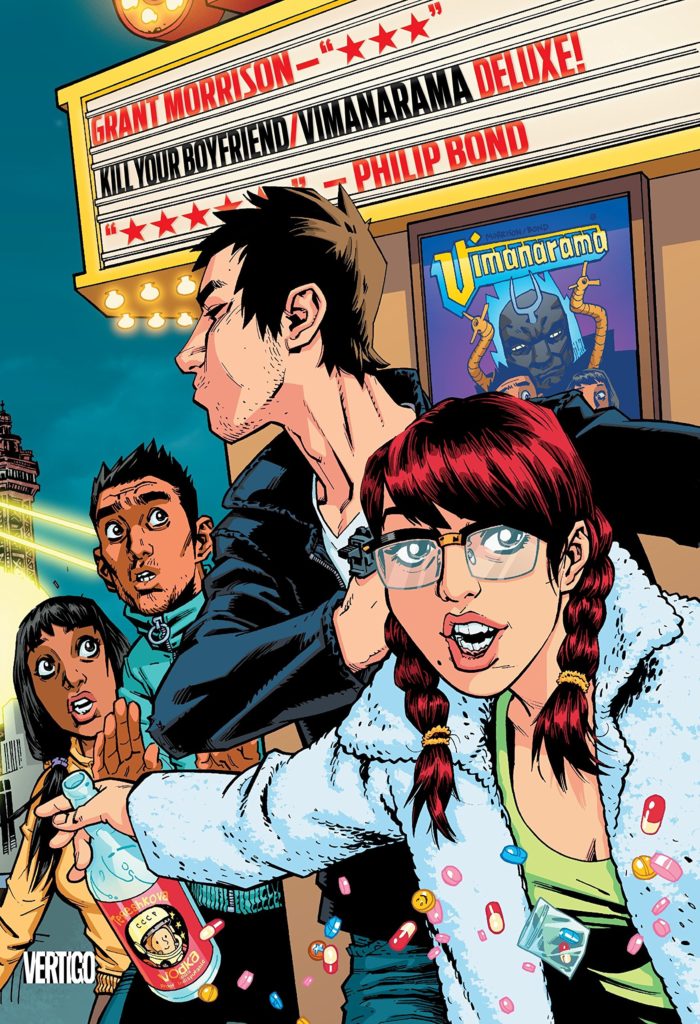 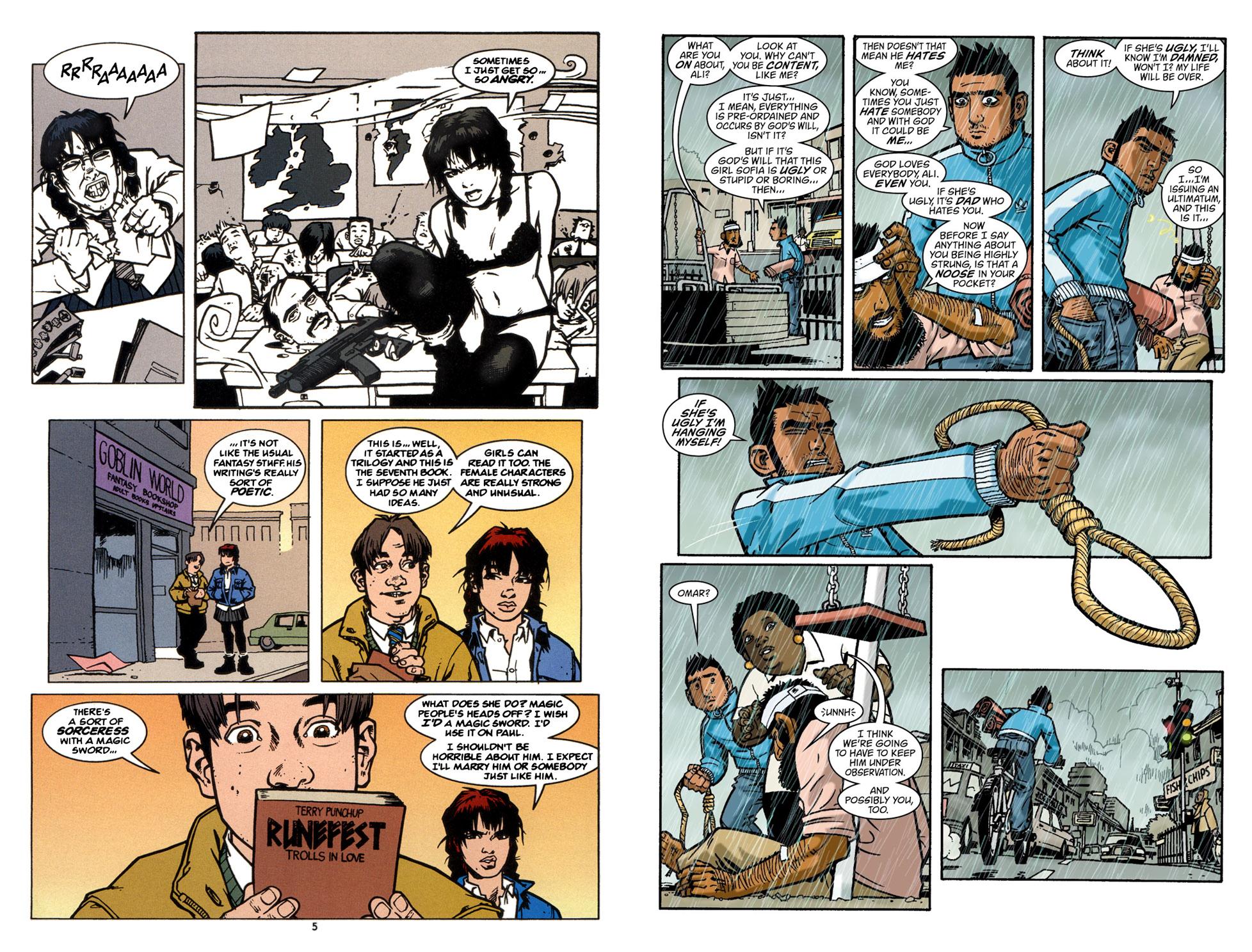 This Deluxe Edition combines two comedy collaborations between Grant Morrison and Philip Bond, the pair of them very different in tone, one an anarchic black comedy, the other a sitcom with ancient superheroes.

Kill Your Boyfriend was published around a year after the release of Natural Born Killers, and features a similar mutually destructive relationship where boredom prompts murder, but Morrison’s original afterword names earlier film Heartland as the inspiration. In 1995 it was acclaimed enough to earn a reprint, but it’s not aged well. Themes of identity predominate, to the point of the bored schoolgirl lead character never being named, as Morrison’s scattershot satire rails against everything and everyone, rarely hitting anything other than an obvious target. The initial definition of our protagonist’s character and her transformative meeting is nicely handled, but Morrison doesn’t have any great idea about how to reach an ending, so introduces a random bunch of self-proclaimed artistic vandals, at which point the wheels drop off.

It’s all very nicely drawn by Bond, who was even better a decade later for Vimanarama, by which time Morrison was obviously yearning to write a sitcom. Ali isn’t a happy man, fearing he won’t like the wife it’s been arranged he marry, and dreading a life in the family corner shop. That’s even before it’s discovered that beneath there’s the remains of an ancient civilisation still technologically years in advance of ours. Unfortunately blundering in, Ali sets loose an ancient evil, and the only means of setting that right has eyes on his future wife, who turns out to be quite the prize.

If Kill Your Boyfriend is the angry young writer’s rant, then Vimanarama could be seen as either the sellout crowd pleasing compromise or the mature writer’s stylistic exercise. It has aged well. The jokes aren’t tied to any attempts at satirical comment, except in the broadest sense, the situations are funny, and there’s a keen imagination at work occasionally offering serene comments, but primarily ensuring a conceptual density. Bond’s become better at laying out a story, his visual characterisation has blossomed, and he’s at home with surreality. As Morrison ramps up the threat to the British Isles, Bond matches him, and together they ensure the efforts of the hapless Ali to save the world are universally endearing.

Vimanarama was briefly released as a paperback, but that’s long out of print, and while Kill Your Boyfriend isn’t as strong, it’s certainly not worth discarding entirely. It makes this an appealing combination for anyone who realises Morrison can do comedy and he can do it well.