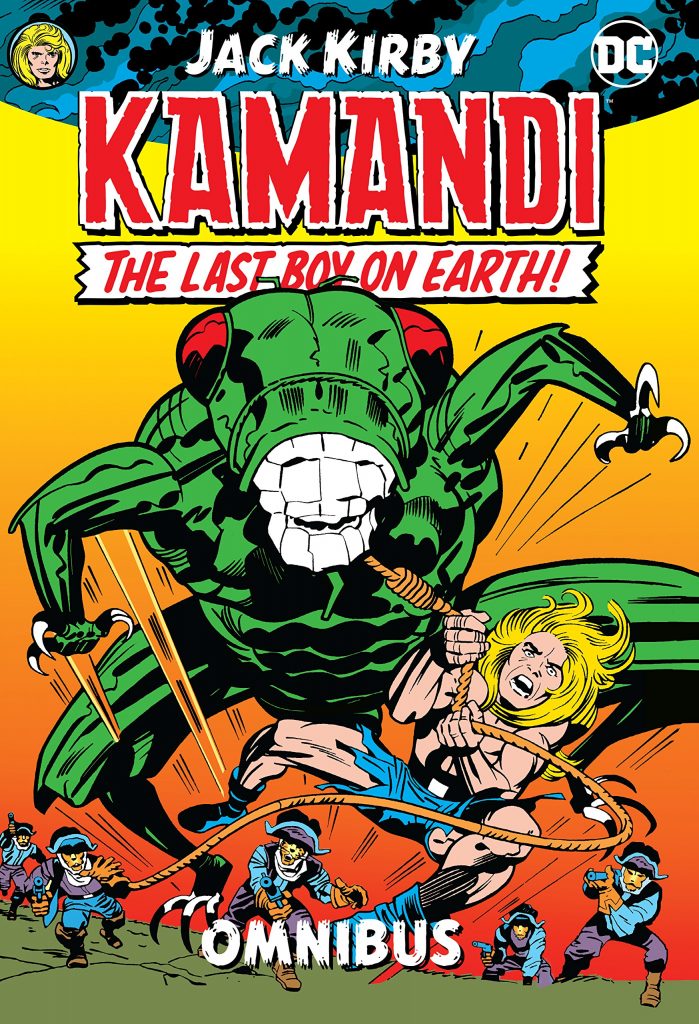 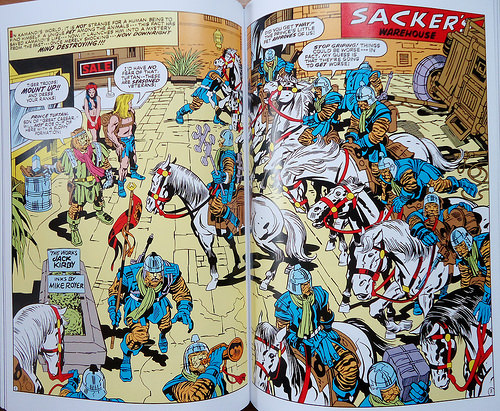 Jack Kirby’s 1970s Kamandi stories have now seen three hardcover reprints in thirteen years from 2005, without counting two massive compilations of his original art for the series. Two volumes of Kamandi Archives only covered half Kirby’s work, while two of Kamandi: The Last Boy on Earth by Jack Kirby reprinted all issues he drew, but fell rapidly out of print. Anyone who committed to either can with some justification feel exploited at this eventual Omnibus reissue in an oversized format presenting the art even more beautifully, and with accompanying essays from Mike Royer, who inked much of the content, and Bruce Timm, super fan.

Kirby’s New Gods from the early 1970s receives the highest praise, but there’s a case to be made that despite a derivative opening, Kamandi has remained the more original work as the novelty of the superhero based New Gods has been strip-mined by its themes being reworked so often. Kamandi as the only intelligent human in a world of humanoid animals remains relatively fresh, and is combined with Kirby’s prodigious imagination, an episodic format and with no over-riding mission, so permitting variety. Having has his epic cancelled in 1972, Kirby ensured any story produced for DC thereafter could be wrapped up in a few episodes. This self-imposed restriction limited Kirby’s discursive nature, while channelling his energy and allowing him to move on to something different when he tired of an idea. Over the course of the forty issues reprinted here we have a poignant love story, 1930s Chicago gangsters, an animal version of the Charge of the Light Brigade, the conflation of Watergate with Washington Zoo, a haunted house, an alien in space, a story set in a holiday resort… Kamandi is a monumental cascade of ideas.

Another reason Kamandi is great is because the art is so pure. On other long-running series Kirby was inked by people who added to or subtracted from his pencils. The results are sometimes superb and sometimes enough to reduce fans to tears, but Mike Royer and D. Bruce Berry followed Kirby’s pencils as faithfully as possible. They were craftsmen who added nothing and erased nothing, merely supplying the black ink for better reproduction, and the vibrancy and sheer power of Kirby still transmits due to their diligence.

It’s noticeable that either via editorial instruction or disappointment, other artists producing the covers toward the end of the book coincides with Kirby’s internal art becoming less expressive. There are far fewer single page illustrations, and the fantastic spreads disappear entirely. At the sad end Kirby draws three scripts written by Gerry Conway, yet based on his concepts. It’s still readable and still professional, but it’s fettered Kirby.

Kirby’s mind was unique, a term not used lightly, and over and over again it resulted in great stories for Kamandi. An example? It’s difficult to think of any creator before or since who would write a story around a silent and fantastically costumed human transporting a purpose built cannister across hostile terrain. A voice emanates from the cannister. A giant crab, a plague of frogs and a horde of near mindless human barbarians provide the action, while there’s the mystery of what’s in the cannister, and the humanity found in any of Kirby’s stories. It’s an almost perfect adventure comic, yet matched by so many others here.

Much of Kamandi’s visual impact depends on art not disappearing into the central gutter, and thankfully DC’s production problems with spreads on the Omnibus products seem to have been solved. Pick up a masterpiece with confidence.

Thanks to Lee Emmel for the sample art picture. 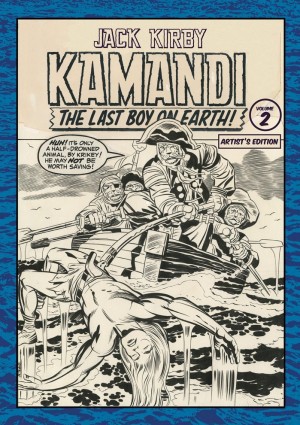 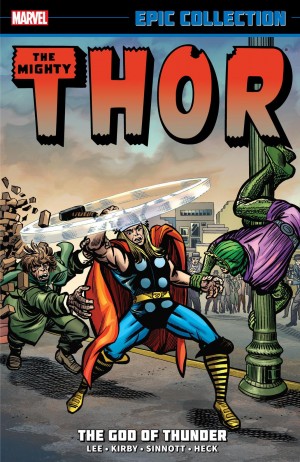