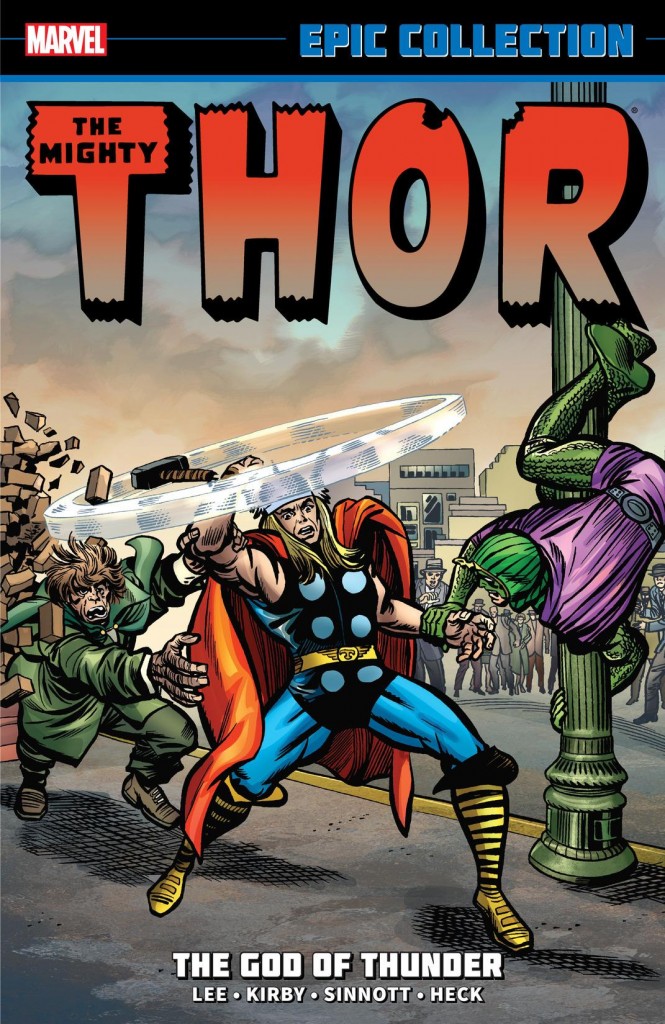 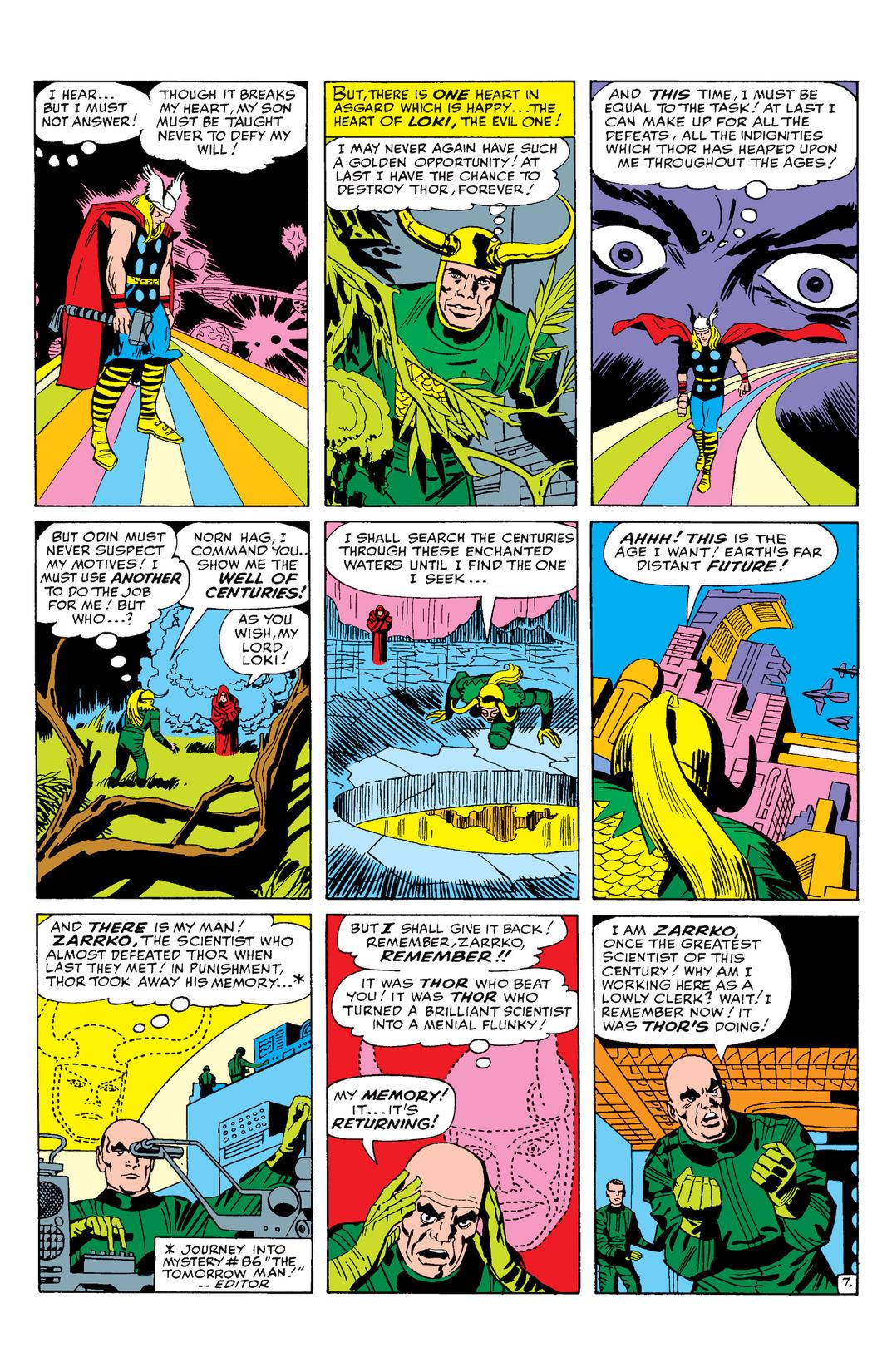 Reading the first two years of Thor’s strip, taking him from his 1962 introduction to 1964, it’s surprising how poor many of the early efforts are. It’s not just a lack of inspiration, but really dull writing, with Stan Lee leaving the scripting of his repetitive and hardly sparkling plots to Larry Lieber and Robert Bernstein. The best that can be found in the opening third of the book is Jack Kirby’s always thrilling art, and within that a willingness to take a chance. Consider Thor’s long hair. Thor had a 1950s spiritual predecessor in Angel of Boys’ Ranch, then a decade in Kirby’s past (and a 1970s successor in Kamandi), but this was five years before hippy culture in the USA, and a couple before the Beatles and their slightly longer styles, yet it worked despite the conservative times. How would it have looked under other artists not able to match the design with raw power? Probably not as good.

As he did in all his early superhero strips, Lee introduced an element of unrequited and complicated love, here seemingly taking Superman, Lois Lane and Clark Kent as inspiration. Jane Foster’s fond of her employer Doctor Don Blake, who’s also Thor, something he can’t reveal, so he always disappears in times of danger in order to transform. Jane swoons at the heroic identity, while Thor/Blake loves her in either guise. Matters are complicated by Odin, ruler of Asgard, forbidding his son to love a mortal, not understanding that love transcends royal decree. As characterised here, Odin’s an ill-tempered buffoon, all-powerful, yet easily manipulated by Loki and prone to tantrums.

It’s the commitment to Asgard and its mythology at about the halfway point that transforms Thor’s feature, removing him from the communists and gangsters dealt with by his contemporary Marvel heroes into grandeur and myth. Lee finding the time to consider his plots more, and taking over the dialogue also helps, and he and Kirby begin to pack in an awful lot in thirteen page plots. It’s possibly a matter of personal preference, but many of these stories having Chic Stone ink Kirby’s pencilled pages gives them a gloss that would diminish even as Kirby became more ambitious with the look of his lead feature, but under other inkers. The way toward that art is seen in the back-up strips investigating Asgardian mythology where Kirby reduces his panels per page from nine to four, with a resulting magnificence that survives some second rate inking in places.

By the end of this collection the foundations that would see Thor through decades of comics have been laid. We’ve been introduced to Asgardians Balder, Enchantress, Executioner, Heimdall, Loki and Odin, the back-up strips often explaining more about them, and villains the Cobra, the Grey Gargoyle and Mister Hyde have made their début. Thor’s still a little light in that regard, but the following When Titans Clash fixes that problem.

Starting with the cheapest of the alternative books featuring the same content, it’s available in black and white as Essential Thor Volume 1. The remaining books are all hardcover. Marvel Masterworks: Thor volumes 1 and 2, has the content, and it’s also available with When Titans Clash as The Mighty Thor Omnibus. That also features a lot of back up material, including Lee’s discursive essay about how Thor was created, the letters pages from the original comics, and a massive selection of covers from when the stories were reprinted in other comics. 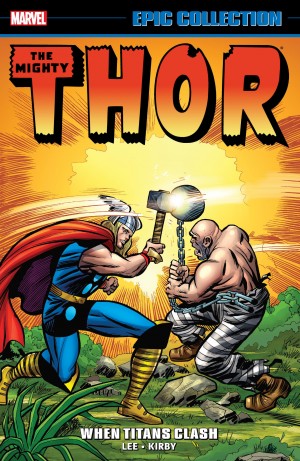