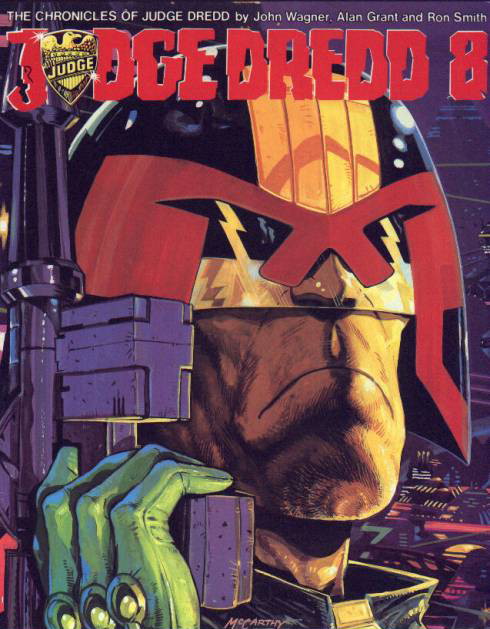 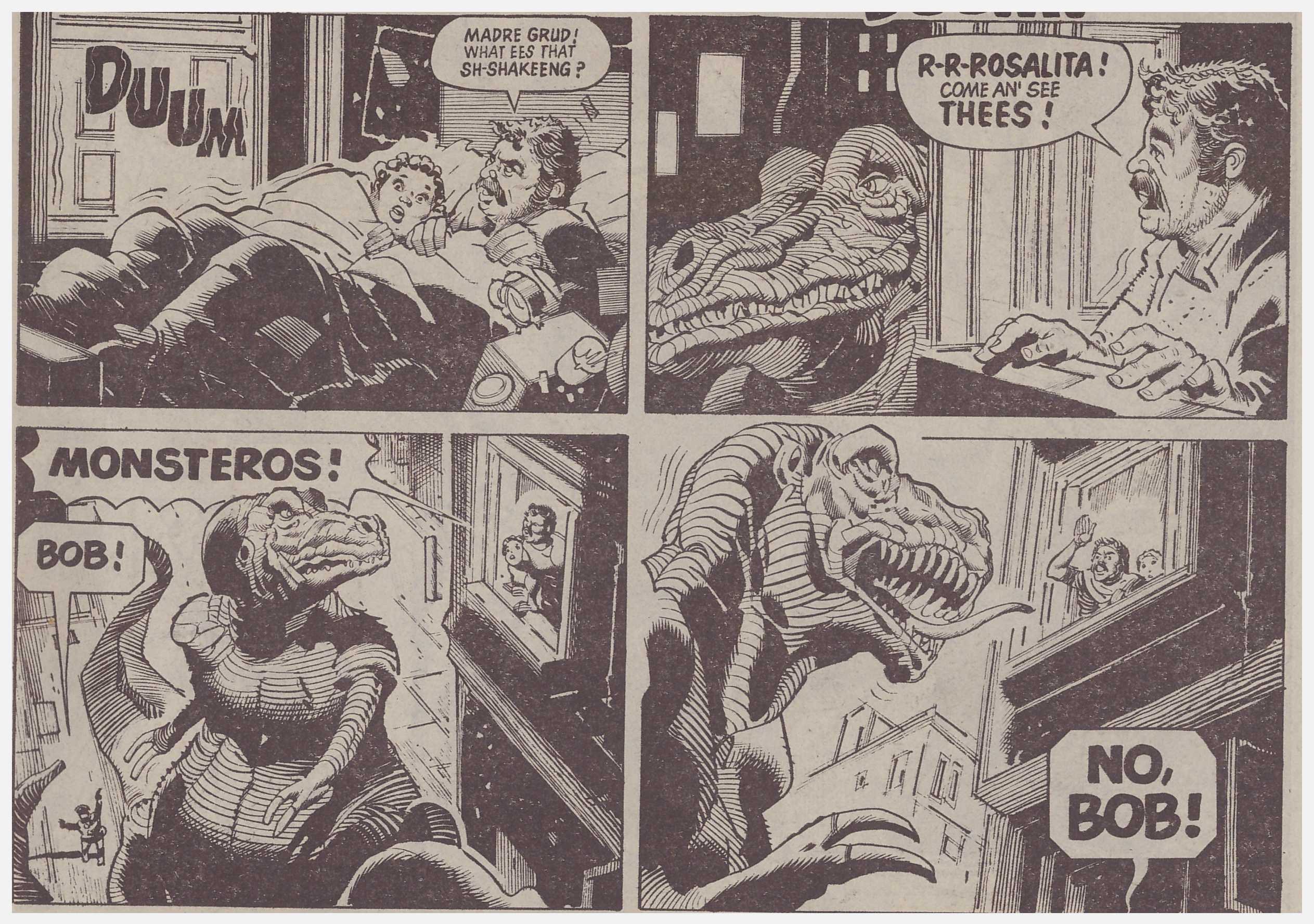 By volume 8 of Titan’s Dredd reprint series almost 50% of the material had been Ron Smith drawn strips, his style making him a fan favourite while his reliability impressed editors. Only three stories comprise the entire volume. Carl Heinz Pilchards-in-Tomato-Sauce is the best aspect of ‘The Weather Man’, the name of the musician who brings thunder and lightning down on his audience. It’s standard stuff from writers John Wagner and Alan Grant, and stretched at two chapters, but the remainder is top notch.

There’s not much subtlety about ‘The Stupid Gun’, but it is very funny. “Hi. I’m Eck Muttox. This here’s the stupid gun. I dunno how it works. All I know is I just point it atcha, pull the triggeroni, an’ whamma-bamma-loo, you’re thick as munce”. Muttox stole the gun and goes on to detail the effects on its inventor, but is naturally too stupid to prevent the gun being stolen by criminals. It’s likely that Wagner and Grant knew someone on whom the gun had been used.

‘Bob & Carol & Ted & Ringo’ begins with the arrival of cloned dinosaurs in Mega-City One as part of a caged display. Under lesser writers the dinosaurs would rapidly circumvent their control collars and set off on the rampage. Instead Wagner and Grant’s alternative, less predictable scenario delivers almost sympathetic dinosaurs as viewed through the eyes of a personable service droid. Their pastiche of then popular TV naturalist David Bellamy is less subtle, but very funny. Of course the rampage is inevitable, but for this story at least Dredd’s in a less combative mood.