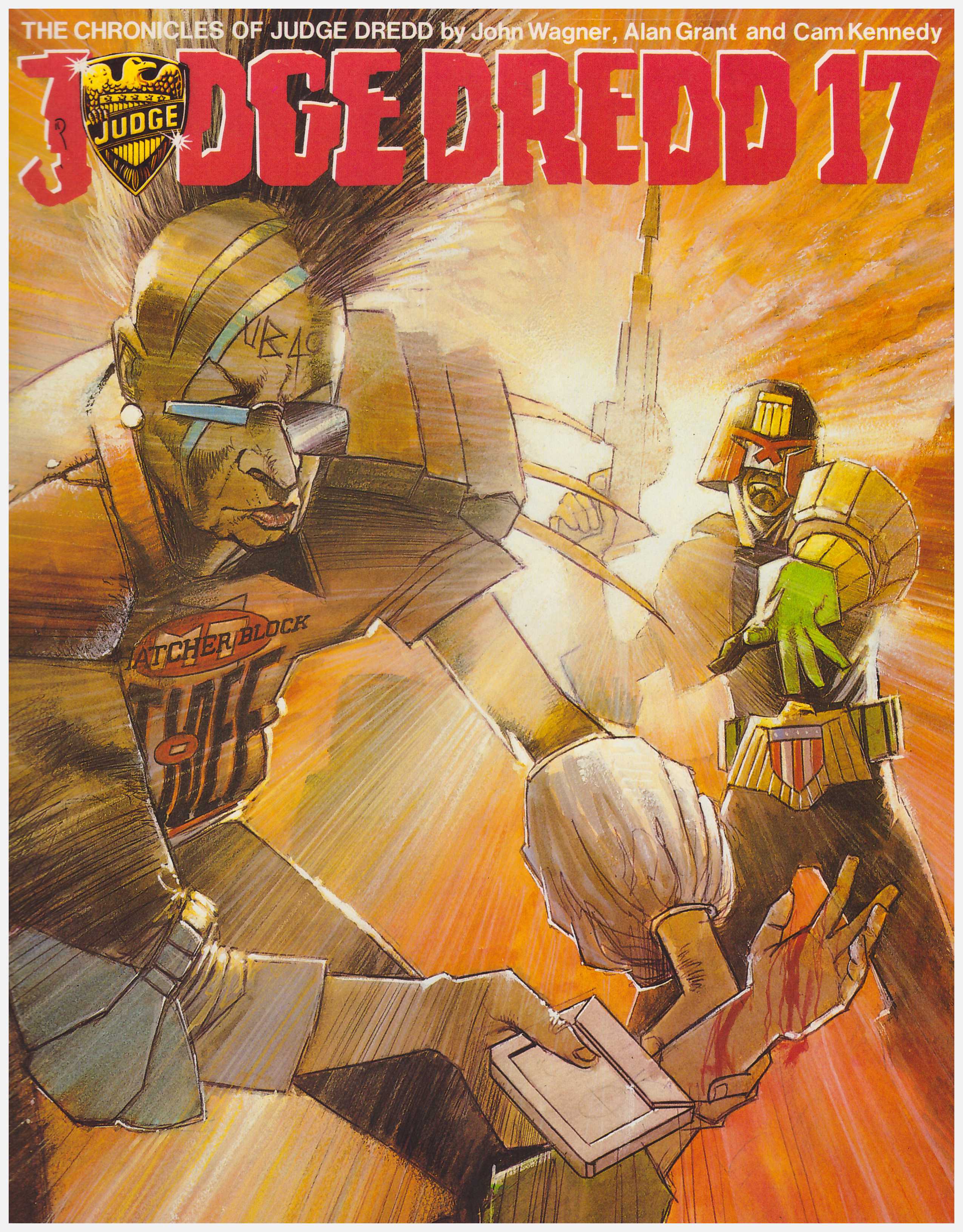 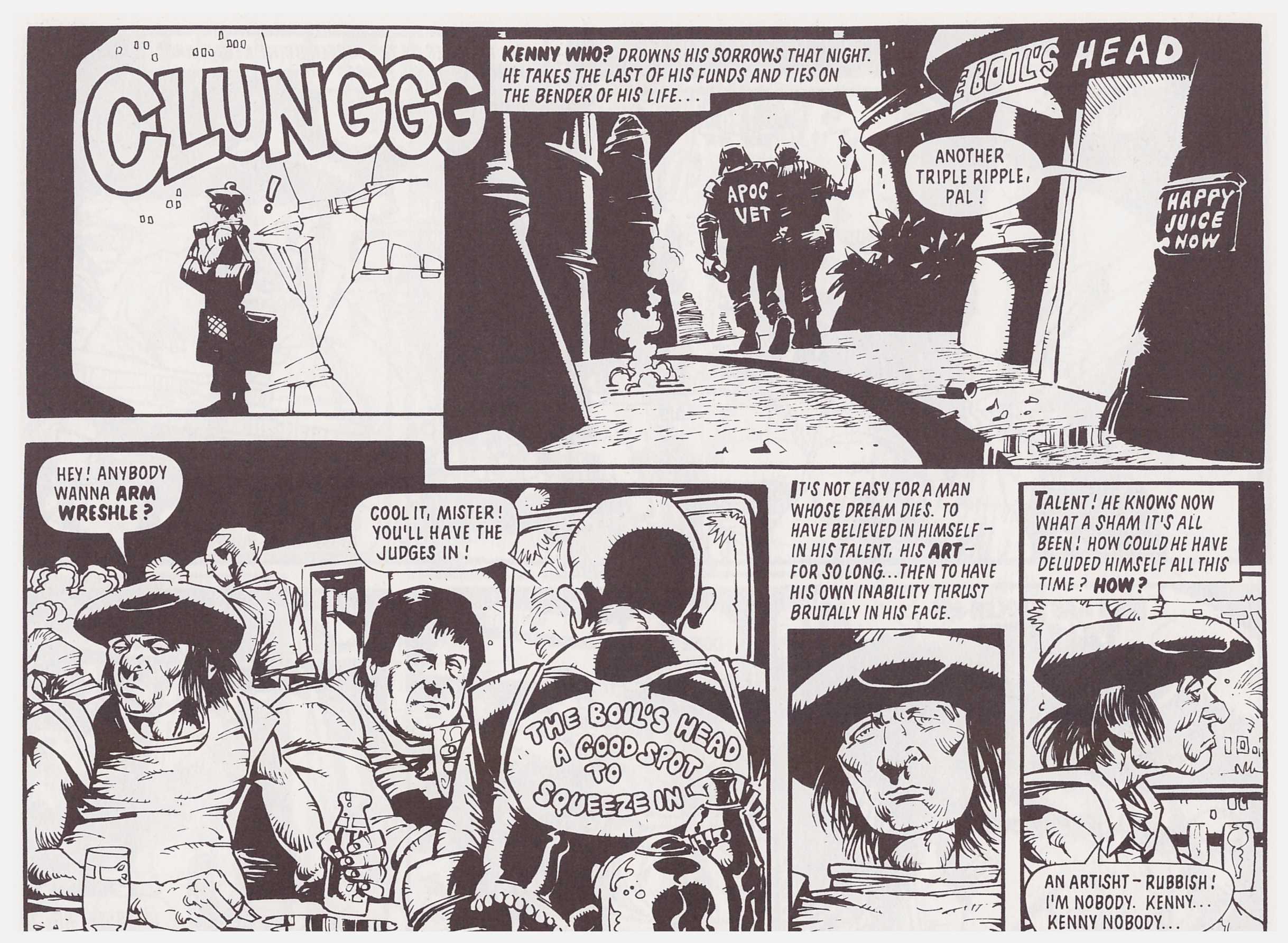 The stories reprinted in this collection are from Judge Dredd’s eighth year of publication, for five of which the team of John Wagner and Alan Grant had been writing the strip exclusively. A strength of theirs was establishing Dredd’s mileu so convincingly that for much of the time Dredd was barely seen in his own strip as the secondary characters and the environment were strong enough to carry a story. It was also a way of keeping themselves interested as both saw Dredd as limiting factor to some extent. Dredd’s actual participation in this collection of Cam Kennedy drawn material is minimal, albeit telling and decisive when required.

Unlike many artists, Kennedy already had a solid career behind him before arriving at 2000AD, and the experience shows in his uncluttered layouts and clear storytelling. Stylistically he takes Mike McMahon’s Dredd as a template, while being entirely his own artist. Kennedy’s people have a lived-in quality and his environments are commendably grubby.

The lead story features a caricature of Kennedy as Kenny Who, imagining the fate of a Scottish (or Cal-Hab) artist applying for work with companies who’ve cut costs to the minimum via art style simulation machines. It’s a consistently funny story from the degrading immigration procedure to the barbs aimed at publishers, and Kennedy also drops in a portrait of Wagner.The unfortunate Kenny Who would return in two further stories, a complete collection of them available as The Art of Kenny Who. Kennedy’s equally at home with far darker material, exemplified by the story of a judge in love being blackmailed.

The volume is rounded out with two shorter pieces, one about an inept enforcer and the other detailing a routine hygiene inspection told by one of the establishment’s cockroaches. They’re both funny, original and excellently drawn, with Kennedy’s design for the Omopod in ‘The Big Sleep’ a stunning piece of work.

Mention should also be made of the informative introduction from one Frank Plowright. Here was someone with a great future in pithy extrapolation, yet he appears to have slipped into obscurity. 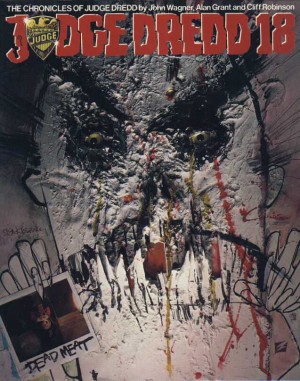 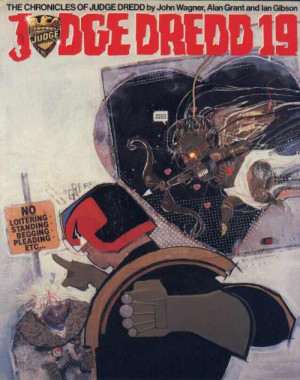 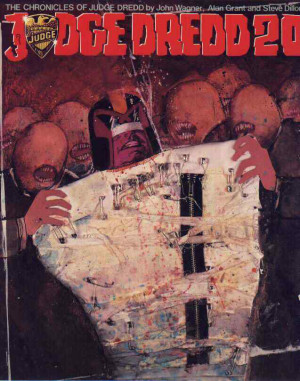 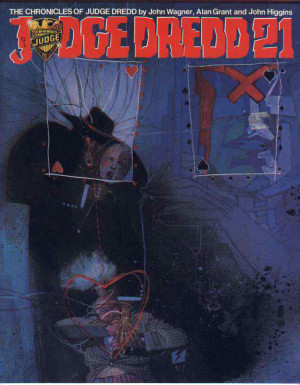