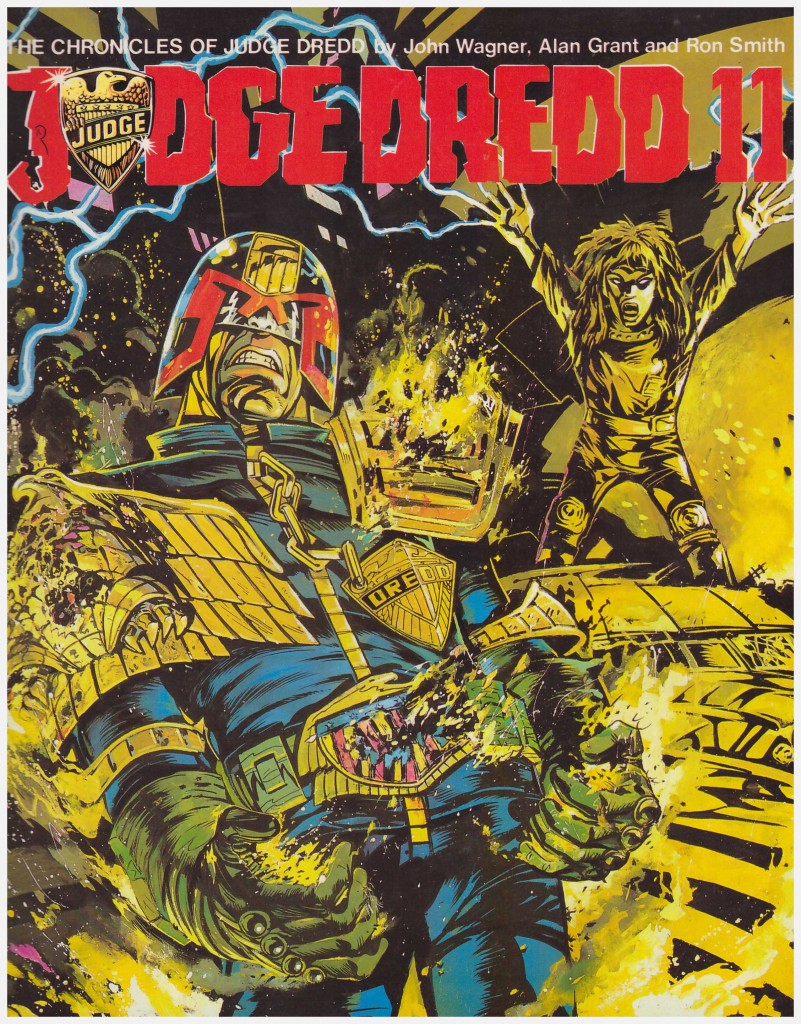 Yet another collection of Ron Smith’s Dredd stories, and this is among the best. A storytelling technique John Wagner and Alan Grant had long mastered was to start with a preposterous gimmick or individual and escalate from there into mayhem. They’d long been able to submit tales in which Judge Dredd was all-but incidental, and editorial trust permitted this leeway knowing it would result in a better story overall. Dredd’s absent from all but the final four panels of Citizen Snork’s opening chapter.

The starting point for that story was Wagner and Grant’s commentary on the Guinness Book of Records, once recording genuine achievement, but for many years now the promoter of worthless pastimes. Raised in an eccentric family, James Fenmore Snork wants to be famous and so determines to cultivate the largest nose in Mega-City One. ‘Portrait of a Politician’ is equally daft, as Dave the Orang-Utan parlays bar room success in predicting sports results into a political career. Wagner and Grant are able to wheel out all sorts of previously seen minority interests as opponents.

‘Unspontaneous Combustion’ is a complete contrast to the preceding stories, ultimately a tragedy about a Mega-City One immigrant either blessed or cursed with the ability to generate fire with his mind.

Such was output of early to mid-1980s Dredd material there’s a tendency to under-rate Ron Smith. The contrasting nature of these three stories display just how good he was. He doesn’t over-play the farce in the first, illustrates Dave with a dignity and compassion amid the madness in the second, and provides an excellent action thriller to conclude the book.