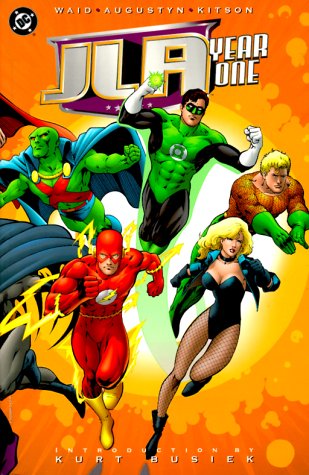 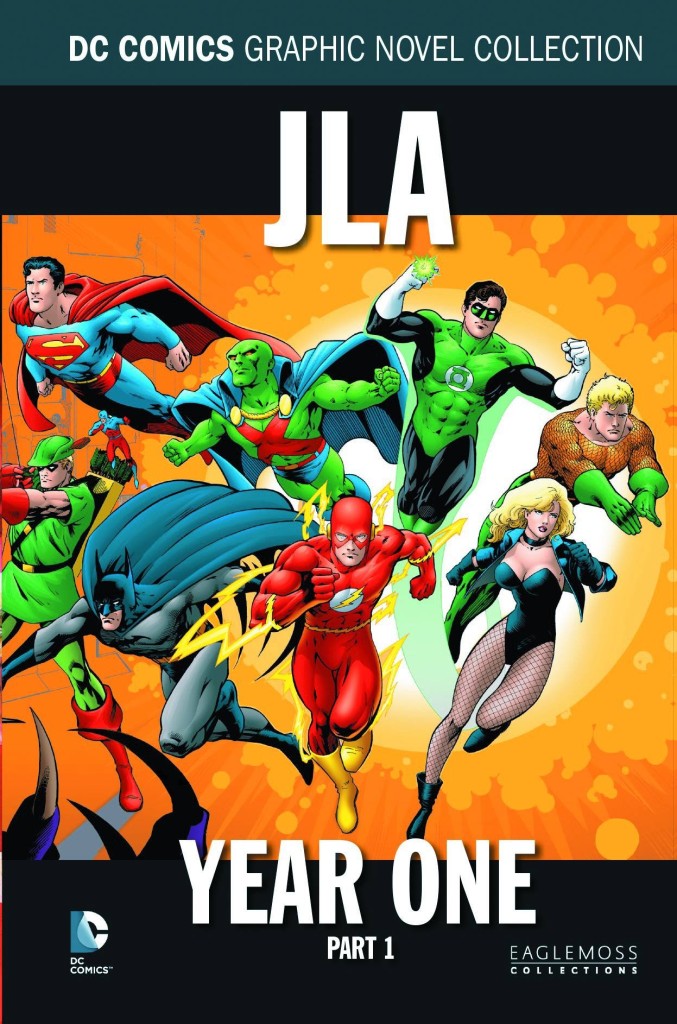 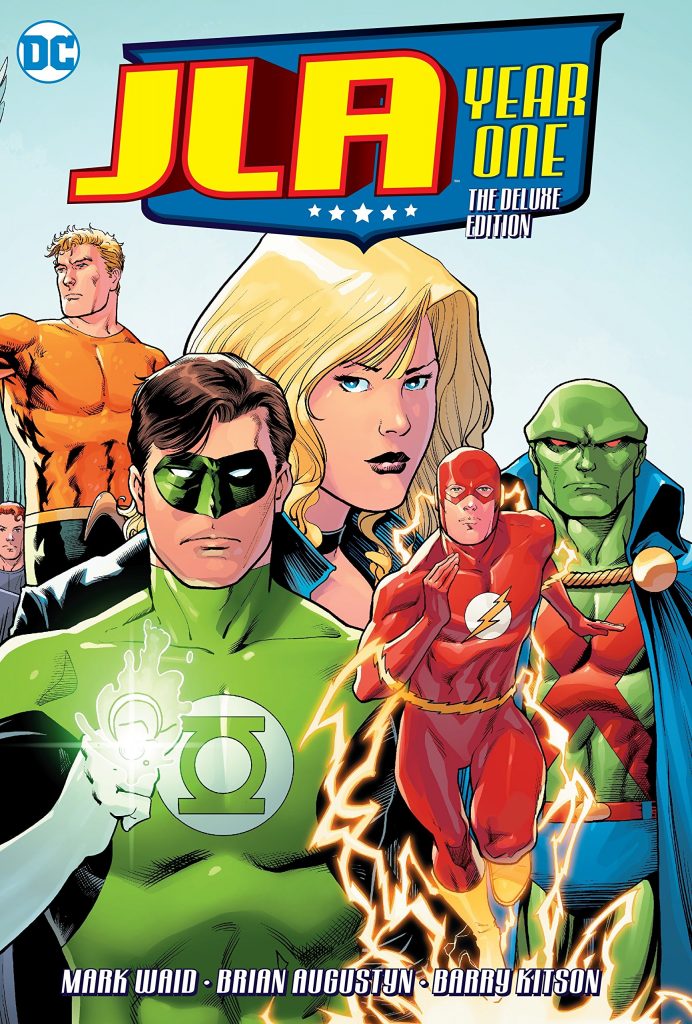 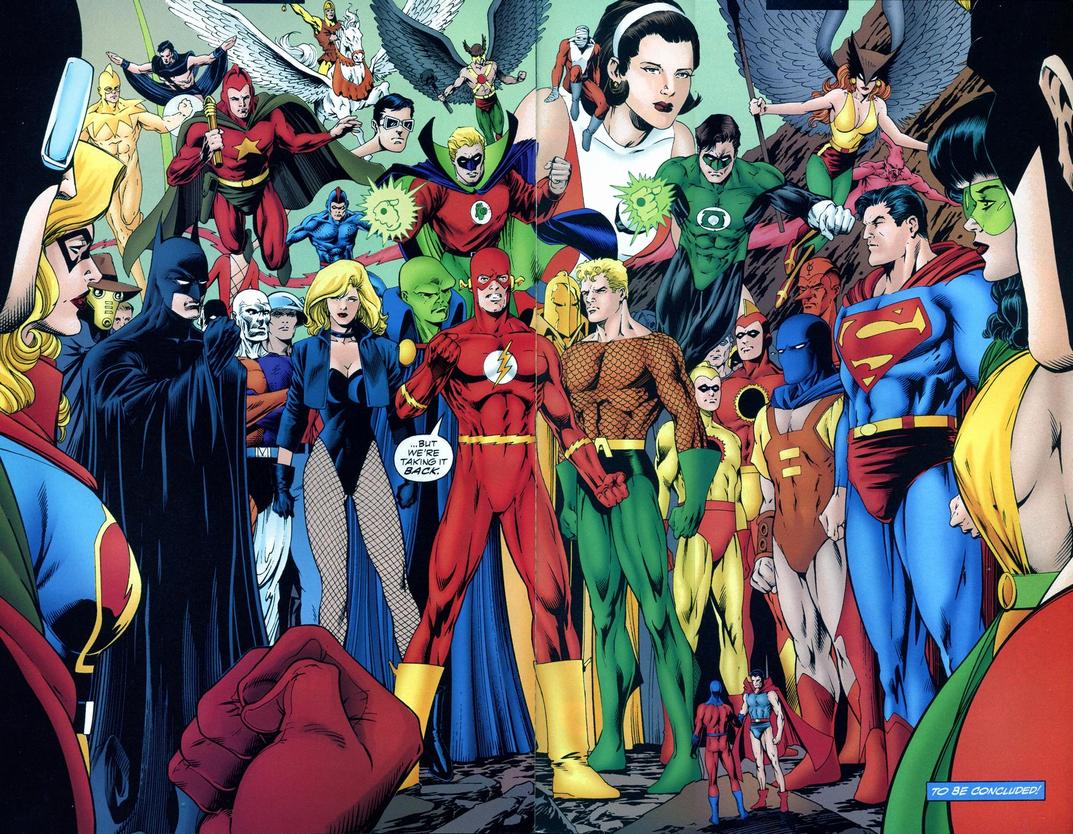 In 1985 DC editorial deemed their continuity overcrowded with heroic multiples that deterred new readers. Crisis on Infinite Earths winnowed and restructured the DC universe. All the best bits from past stories (for which one could read ‘least charming or daft’) had now occurred on a single Earth. With many major heroes re-imagined and re-launched, one of the newest curses to readers – and creators – was keeping definitive track of what was now accepted history and what had never happened. Thus this tale was conceived to present the absolute, definitive, real story of the Justice League, the World’s Greatest Superheroes. At least in the late 1990s…

None of this impacts upon the superb quality of the tale told. With illustrator Barry Kitson, writers Mark Waid and Brian Augustyn concocted a winning reinterpretatation of the JLA’s earliest days, beginning the inevitable “ten years ago” when an alien invasion drew Flash, Green Lantern, Black Canary (daughter of the original), Aquaman and Martian Manhunter together to save Earth from colonisation.

The bulk of the yarn springs from that initial clash, as the neophyte heroes opt to stay together as an official team. The measured depiction of their bonding and feuding, under the extended threat of rogue geneticists who plan to remake the planet, the mystery of who is actually bankrolling their team, in addition to the usual everyday threats in a superhero’s life, is both exhilarating and gripping.

Veteran fans will delight at the clever reincorporation of classic iconic moments, in-jokes and guest-shots from contemporaneous heroes and villains such as the Blackhawks, Doom Patrol, original Blue Beetle and such, but the authors never forget their new audience and nothing is unclear for first-timers new to it all.

The finale is a fanboy’s action-packed dream as every hero on Earth unites to combat an all-out, extraterrestrial incursion as their first foes return and even succeed in taking our planet before the JLA save the day again in glorious style. A brilliantly addictive plot, superb dialogue and wonderfully underplayed art suck the reader into an enthralling climax that makes you proud to be human – or at least terrestrially based.

In the UK the graphic novel is spread over two volumes of the Eaglemoss partwork, The DC Graphic Novel Collection.