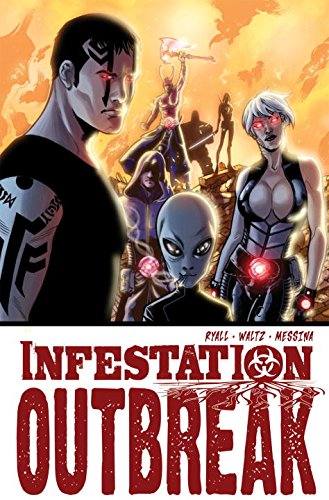 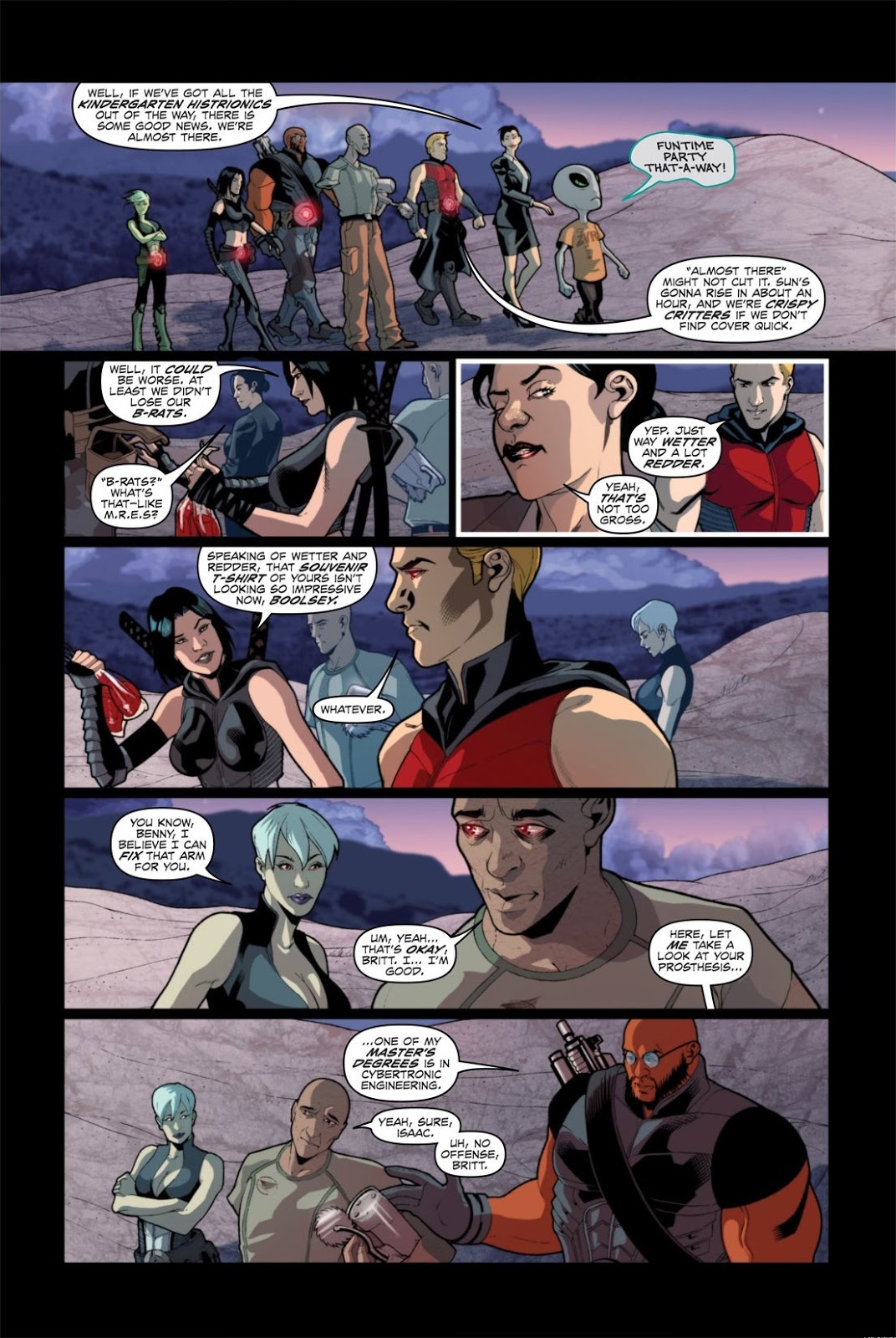 Of all the series where the crossover Infestation impacted, the greatest change was to the personnel of CVO, Covert Vampiric Operations, the security agency featuring supernatural beings. In order to end the threat Cross took on powers beyond his vampiric abilities, and Britt was possessed by the Undermind to carry out its malign plans. Both now have inherent mystical abilities, leaving the ever more violent Bools to lead the field team and train newcomers. It’s not going well.

By 2011 CVO had been published for seven years as a succession of one-shots and miniseries, collected over three trades beginning with Artifact, but remained a concept of squandered promise. That their best material appears in graphic novels without the organisation mentioned in the title suggests a tainted brand in need of re-booting. Dan Abnett and Andy Lanning produced the best CVO story by a country mile with their Infestation contribution, and Outbreak writing team of Chris Ryall and Tom Waltz build on that, bringing some coherence to the organisation instead of switching from one violent action scene to the next. It results in a slower build-up, but with no disappointment to the pay-off, as the cast of Groom Lake are imported to complicate the investigation. It mixes the supernatural with little grey aliens intending to take over the planet, which is a solidly entertaining premise.

Ryall and Waltz are bequeathed the clean slate of Cross now possessing the innate power of assorted magical artefacts, and make some interesting choices to re-evaluate him. A lot of this is in the company of CVO Administrator Nikodemus, a visually striking character never previously developed beyond that. Outbreak reveals what he is, and why he’s with the CVO. Beyond that, interesting new personalities are introduced to bolster the organisation.

David Messina has worked on numerous licensed properties, where there’s been a stiffness to his art as he struggles with likenesses, but freed from that restriction he flourishes. Attention is instead drawn to the strong page layouts, the little details and the imagination, although he blots his copybook toward the end via the unnecessarily exploitative illustrations of Britt.

While telling a complete and satisfying story in itself, Outbreak also serves as the prelude to Infestation 2.