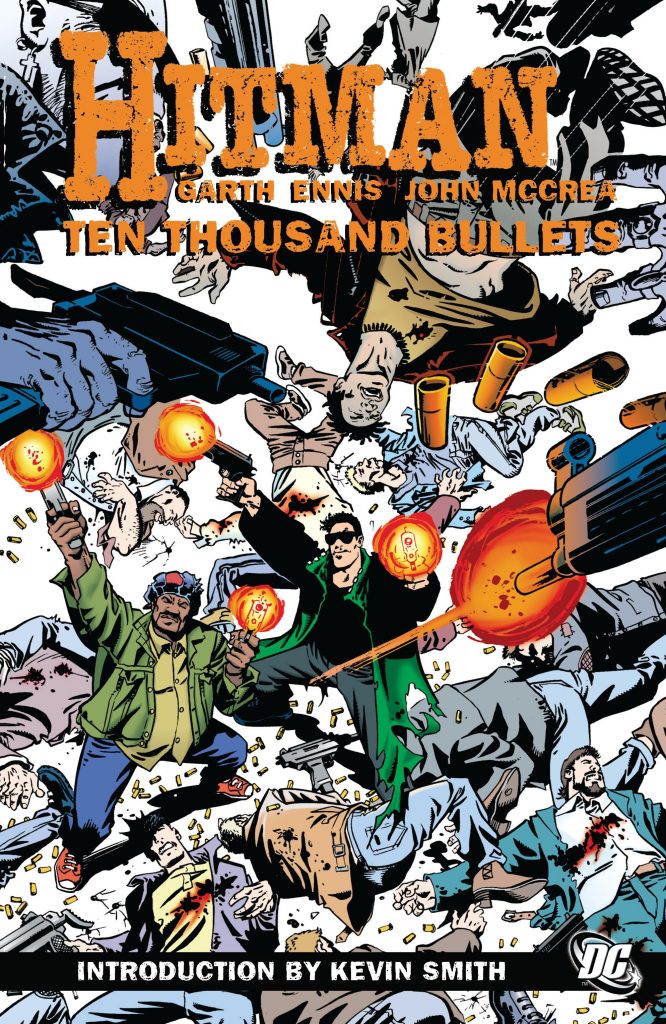 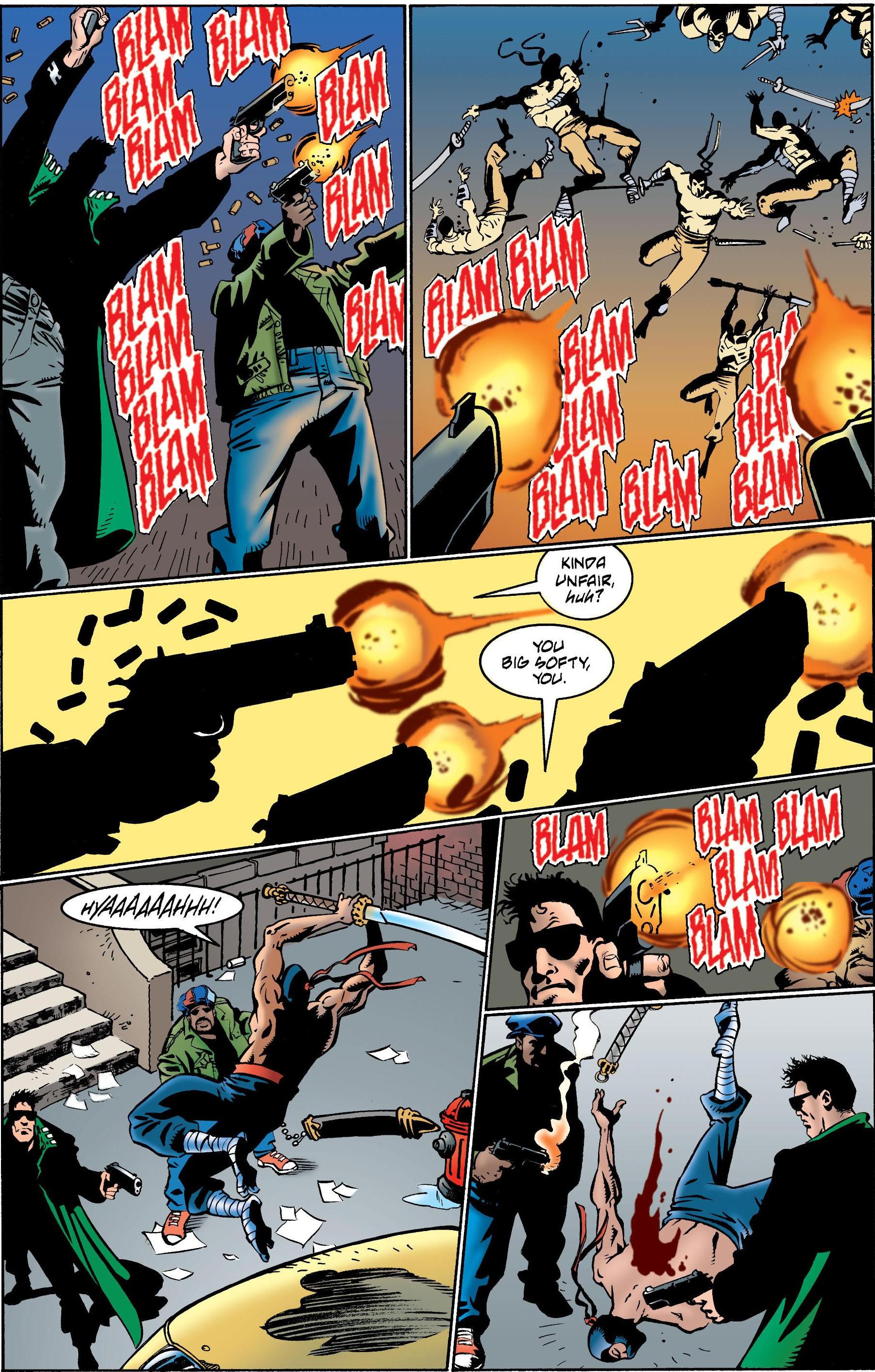 Tommy Monaghan is a hitman using his new found powers to corner a new market: meta-humans, although a man has to eat so he’s not too picky about his targets if they meet his criteria. Tommy might be an assassin for hire but he has a strict code of honour. No cops, no innocents and no good guys. So why is he agreeing to take down Gotham’s newest crime fighter? The Dubelz crime family hasn’t forgotten Tommy’s involvement in the demise of their Don and placed a $100k on Tommy’s head. Every second rate hoodlum wants a shot, but Miami hit-man Johnny Navarone has never failed. Tommy’s going to need his new powers and every little bit of Irish luck he has. Fortunately his old army buddy Natt the Hat has decided to drop by and there’s still the poker night at Noonan’s Bar. He has friends to watch his back but being a hired gun for hire has consequences. Keeping your friends from becoming collateral damage isn’t easy when you’re dodging Ten Thousand Bullets.

Hitman is a ridiculous send up of superhero comics. Think of it as a light-hearted earlier version of what Tommy’s co-creator Garth Ennis would produce in The Boys. Set in the Cauldron district of Gotham City, it is moody and grimy with plenty shadows to heighten the atmosphere. John McCrea’s style is redolent of his 2000AD work, though it has that slick hyper-realised 1990s style especially in extra story ‘The Night the Lights Went Out’. At this point in the series McCrea is still figuring out exactly what style works best, the city landscape and Noonan’s interior lacking the finesse of the little details like smoking guns or the frenetic energy of shoot-outs.

Ennis crafts some funny stories while working the trademark cause and effect of human choice he likes to explore so much. With every story he has Tommy make a choice that will affect his love life or his chance of a payday. He’s also finding his way, the dialogue rambling through various themes evident in the other two stories here.  2000AD alumni Steve Pugh and the legendary Carlos Ezquerra illustrate neo-western ‘A Coffin full of Dollars’. Tommy goes down to a small Texas town for a job where he encounters a crooked sheriff, Mexican bandits, an awe inspiring gunman and a legend of buried treasure. It’s really a buddy comedy, Tommy and Nat spouting quotes from Spaghetti Westerns with moments of dark fun spread throughout. Artistically it is hard to tell Pugh and Ezquerra apart as they stick closely to McCrea’s template but there are those little flourishes where you can recognise Ezquerra’s work.

Ten Thousand Bullets is an entertaining work in progress though Hitman starts to hit its stride in the third book Local Heroes.